Winnipeg Muslims speak out against extremists in Letter to a Terrorist

Winnipeg Muslims are speaking out against extremists in Letter to a Terrorist, an online film produced by a local filmmaker to counter fear of Muslim people in the community. 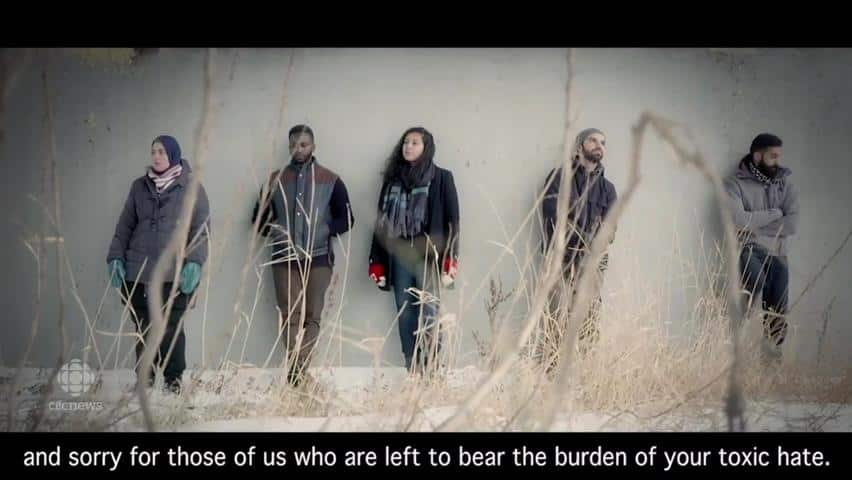 Winnipeg Muslims speak out against extremists in Letter to a Terrorist

5 years ago
1:54
Winnipeg Muslims are speaking out against extremists in Letter to a Terrorist, an online film produced by a local filmmaker to counter fear of Muslim people in the community. 1:54

Winnipeg Muslims are speaking out against extremists in Letter to a Terrorist, an online film produced by a local filmmaker to counter people's fear of Muslim people in the community.

"I was increasingly feeling anxious about everything that's going on in the world," she told CBC News on Tuesday.

"There's a lot of trauma and tragedy and pain and my anxiety level has been going up as is, I think, a lot of people."

Shot in south Winnipeg, Letter to a Terrorist features five of Rahman's friends expressing strong words — in both English and French — to violent Islamic extremists.

"I hate what you do. I never want to be in that dark place that gives you licence to kill and maim so mercilessly and cowardly." 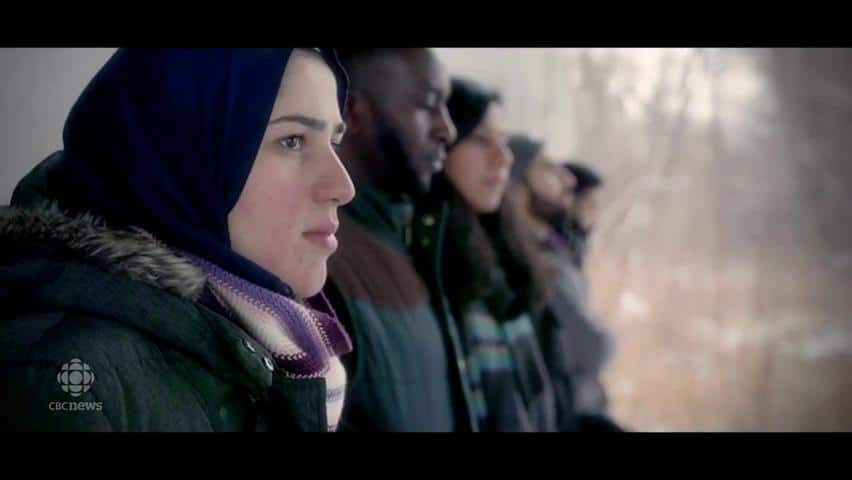 5 years ago
3:00
A film by local Muslims is garnering a lot of support online with over 50,000 views in just three days. Created by independent filmmaker Nilufer Rahman it features Muslims who have strong words towards violent extremists. 3:00

'I was feeling very hopeless'

Rahman said she wanted to tackle the fear of Muslims that has surfaced in light of the Paris attacks, as well as show how she and her fellow Muslims are just as confused, saddened and angered by the recent violence as everyone else.

"I was feeling very hopeless, and I just wanted a way to connect with others and to express how I was feeling and my friends and family have been feeling. That sort of where the inspiration came about," she said.

"I'm hoping that the film will be a way for a lot of Muslims to articulate how they're feeling without having to speak it, because it's difficult."

Shahzad Musaddiq, who appears in the video, said people often look at him as if he's an extremist.

"We're constantly asked to defend our faith, to explain people who claim to act in the name of our faith," he said.

"It can be exhausting and it can be tiresome and you ask, 'Why do I have to answer for this?'"

Letter to a Terrorist has garnered more than 50,000 views on YouTube since it was posted late Saturday night.

Ayat Mneima, who also appears in the film, said she's not surprised by how quickly it has circulated online.

"I hope that more communication and discussion surrounding this will unload this burden on people to feel like they have to say something," she said.

Rahman said people's emotions are running high these days, and she hopes her video will replace some of the fear, anger and fatigue with hope and understanding.

"It feels good that it's getting out there; that's what I wanted," she said. "I didn't do it for any commercial purpose. It was just to get out on social media and to share around."