A world champion boxer based in Winnipeg will soon be on her way to New York to try and bring home a new title. 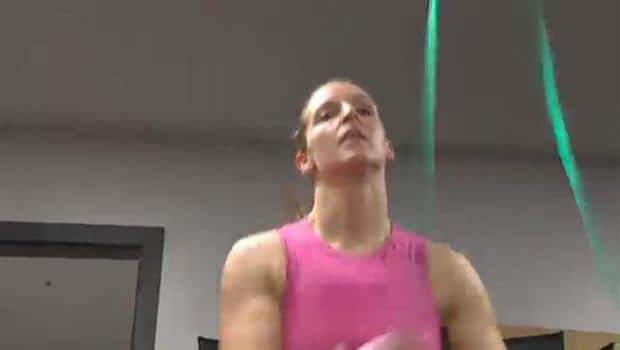 7 years ago
1:44
A world champion boxer based in Winnipeg will soon be on her way to New York to take on another opponent and try to bring home a new title. CBC's Alana Cole reports. 1:44

A world champion boxer based in Winnipeg will soon be on her way to New York to try and bring home a new title.

Olivia "the predator" Gerula isn’t just a boxer, though. She’s a mom that splits her time between the gym and raising two kids.

Gerula has been a professional boxer for the last 16 years and ranked in the top 10 for the past decade. In 2009 and 2010 she took and defended the world championship, but she hasn’t been in the ring for over a year.

"This fight means so much because it literally gives me back my life," said Gerula.

"It puts me back in my rankings. It puts me where I need to be."

The 34-year-old said she thinks this could be her last year of fighting before she retires from the sport.

"So my idea now is to finish up my career, go title hunting. I want the WBA as well," said Gerula.

If Gerula wins, she’ll take home a $3,000 prize to her kids Cedric and Sidney.

"Truthfully, I don’t see it coming back any other way than me winning that title," she said.

"I know [my opponent] hasn’t been tested by a fighter like me, so I’d like to see how she does at that."

Gerula is set to meet Ronica Jeffrey in a New York ring on May 24.

"The work that goes into getting to the fight, making the weight, getting all the preparation — that takes a lot more work than that half hour of fighting," she said.

But the work has paid off, according to Gerula, making her a fighter with endurance.

"I never used to fight backing up. I always went forward, and if I saw that person had a trickle of blood, I was on it. That’s vicious, but it is what it is."