Mayor Brian Bowman has written to Prime Minister Justin Trudeau and Premier Brian Pallister, asking for a meeting on what he calls a public safety crisis in Winnipeg.

'Difficult week for our community,' with multiple homicides, prompts Bowman to ask for sit-down with leaders

Calling it a crisis, Mayor Brian Bowman has asked for a meeting with Prime Minister Justin Trudeau and Premier Brian Pallister to discuss public safety in Winnipeg.

Multiple homicides in the city over the last several days prompted Bowman to reach out to the two leaders.

The mayor says efforts must be made to target what he believes are the root causes of crime.

Bowman believes it's time for the three leaders to meet and talk about how each government can help focus on the problem.

"We have reached a point where a face-to-face meeting between the prime minister, the premier and I is absolutely warranted to ensure we are as aligned as possible, to co-ordinate our resources in ways that will make a meaningful difference in the short and long term in our community," Bowman said.

Premier Brian Pallister told reporters he has a meeting with Trudeau scheduled for the end of the week and the topic of violence in Winnipeg "will be on the agenda." Pallister didn't say whether he would include Bowman in any meeting with the prime minister.

He did say he is keen to get the findings of a downtown safety review headed by Manitoba Police Commission chair David Asper.

Pallister was asked if he agrees that there's a crisis in the city.

"I agree with getting results for Manitobans and safer streets are what Manitobans who abide by the laws of our province deserve to have," Pallister responded.

"The victims and their families don't care what level of government is going to help," he said.

"Something has got to change, and change is difficult, but that means we need to scrutinize how we allocate our resources."

A spokesperson for Bill Blair, minister of border security and organized crime reduction, said his office has been in touch with Bowman to set up a meeting "to discuss the situation in Winnipeg and how we can better work together to better protect our communities."

"Protecting the health and safety of all Canadians is a top priority for our government and we are deeply concerned about recent tragedies that have occurred in Winnipeg recently," said Marie-Emmanuelle Cadieux, Blair's press secretary, in an email.

"Everyone deserves to feel safe in their communities, yet too many family members and friends have been impacted by crime."

The Assembly of Manitoba Chiefs also said Tuesday that it would like to be included in any meeting between Bowman, Pallister, and Trudeau discussing public safety.

"We need viable solutions and tangible actions to respond to the crisis we are in. However, we can't neglect the systemic issues and root causes of the crimes we are seeing," said AMC Grand Chief Arlen Dumas in a media release.

"Unfortunately, a large reason we are seeing issues like this surfacing is because First Nations have not been included in discussions like this." 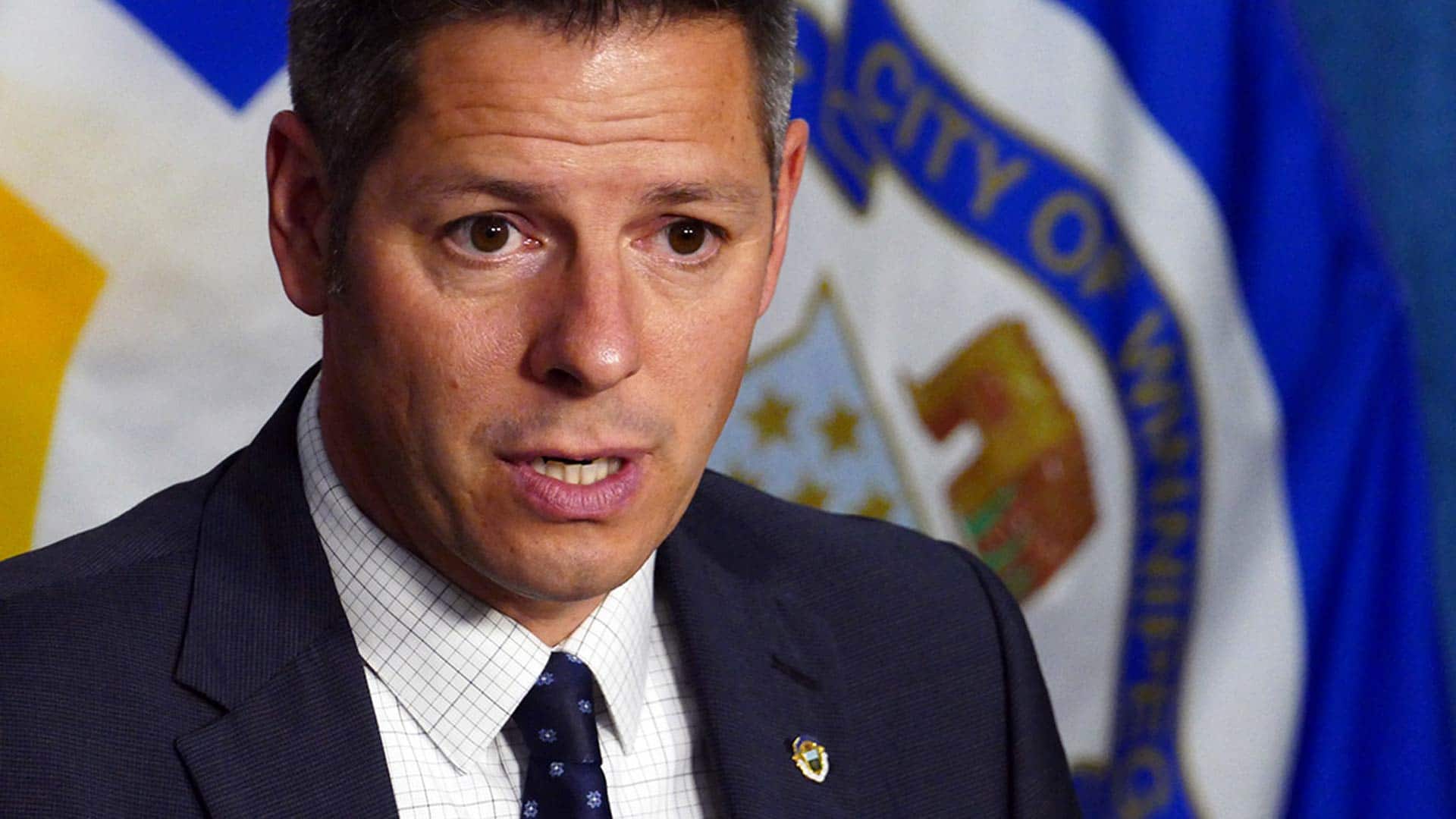 12 months ago
2:09
Winnipeg’s mayor says violence in the city has reached a point of “crisis” after 11 homicides in 30 days put it on track to set a record for the year. 2:09
CBC's Journalistic Standards and Practices|About CBC News