Winnipeg medical marijuana dispensary owner refuses to be shut down

The owner of Winnipeg's only medical marijuana dispensary says police are trying to shut him down, with officers showing up at his store earlier this week asking him to stop selling his products. 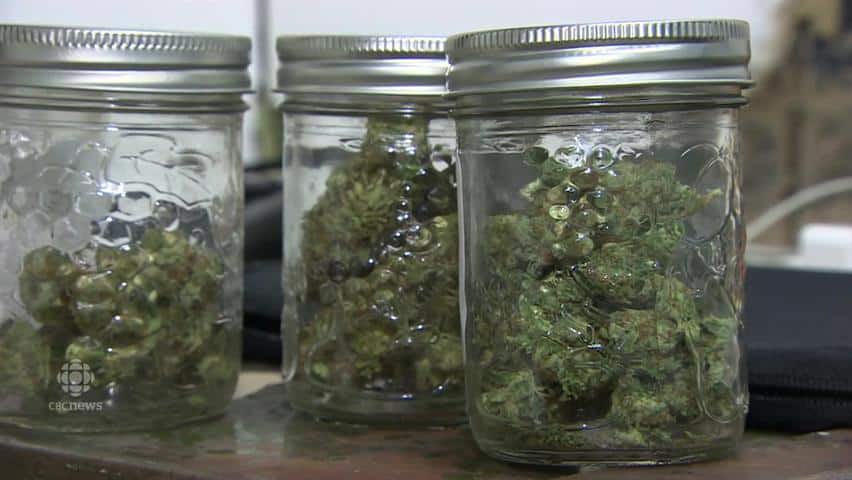 Winnipeg medical marijuana dispensary owner refuses to be shut down

5 years ago
2:17
The owner of Winnipeg's only medical marijuana dispensary says police are trying to shut him down, with officers showing up at his store earlier this week asking him to stop selling his products 2:17

The owner of Winnipeg's only medical marijuana dispensary says police are trying to shut him down, with officers showing up at his store earlier this week asking him to stop selling his products.

Glenn Price said officers showed up at his Main Street shop on Tuesday and asked him to stop selling cannabis, citing pressure from Health Canada to crack down on marijuana dispensaries.

"I told them that I would stop helping people ... I'll close my dispensary. I give them my word — nothing came out of my building after they were here yesterday. But today's a new day," he told CBC News on Wednesday.

Price said he refuses to shut out the 225 customers who rely on his business so he will resume selling medical marijuana on Thursday, despite concerns that police may arrest him.

"If they do, well, I'll be a martyr for this — to bring education and awareness that there should be alternative medicine," he said.

Price said he opened his store on March 6 and started dispensing medical marijuana only two weeks ago.

While he is not a licensed seller of medical marijuana, he said he decided to open the dispensary to help ease people's suffering.

Price's customers include Shaun Rempel, who said he had tried every medication possible to ease the pain of migraines with no success.

"My migraines get to the point where I can't get out of bed," he said.

"If I use marijuana I can get out of bed, I can function, I can work, I can be with my family and do stuff. It's huge quality of life and pain relief for me."

Rempel and Denis Morin, another customer, said before the dispensary opened the only way they could get medical marijuana prescriptions filled was over the internet.

"It takes longer and you pay shipping," said Morin, who has been using medical cannabis for the past five years to deal with his stomach, kidney and intestinal cancer.

Medical marijuana users plan to rally outside the dispensary on July 21 to protest efforts to shut it down.