Mayor Brian Bowman says the City of Winnipeg has been asked to cover more of the costs of operating ambulances because the province has frozen its funding for the health-care service.

Mayor Brian Bowman says the City of Winnipeg has been asked to cover more of the costs of operating ambulances because the province has frozen its funding for the health-care service.

After a week of complaining about flat provincial funding for Winnipeg Transit, Bowman said the Winnipeg Regional Health Authority has told the city its ambulance funding has been frozen at 2016 levels.

"We've had to table a preliminary budget for 2018 without even knowing what provincial funding was going to be for 2017," Bowman told reporters on Wednesday at city hall.

"Like transit, the provincial government appears to have unilaterally decided to abandon a long-standing city-provincial cost-sharing agreement, this time for ambulance service."

Prior to 2017, half the cost of ambulance rides was covered by passengers, with the city and province each covering 25 per cent. Bowman said the city has been informed by the province, through the health authority, that this deal is no longer on the table.

"This funding agreement has been in place for many, many years, at least since the 1990s, but for whatever reason, it now appears to have been abandoned. This will create significant financial issues in both 2017, a fiscal year we've almost completed, as well as in 2018," Bowman said.

According to Winnipeg budget documents, the province provided the city with $23.8 million in ambulance funding in 2016. The province was expected to give the city $29.3 million this year and $36.2 million in 2018 for the service, according to the budget.

This growth in funding reflected both inflationary increases in the cost of operating ambulances and new provincial funding to help Winnipeg pay for a PC election pledge to reduce the retail cost of ambulance rides from $522 to $425.

The mayor said the province appears to have honoured that pledge, but did not cover inflationary increases.

As a result, the provincial shortfall is expected to be $2.5 million for 2017 and $4.6 million in 2018, Winnipeg communications manager David Driedger said in an email. 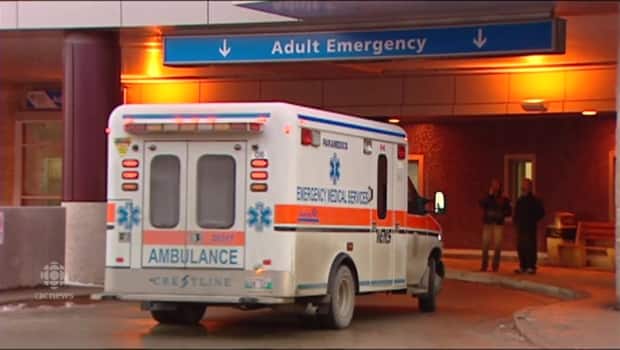 Goertzen suggested the city already enjoys ample funding, noting the province hiked its contribution for ambulances dramatically prior to locking in that contribution in 2016.

"I think it's been very generous. But that doesn't absolve the city government, the City of Winnipeg or any other level of government, to do their work to ensure the funding is sustainable going forward," Goertzen said.

He pegged the funding hike at 28 per cent, but that does not match up with the provincial contributions cited in the city budget.

NDP Leader Wab Kinew said Goertzen is taking credit for a funding hike that took place when his party was in power. Kinew also accused the Tories of making Winnipeg pay for the party's election promise to reduce the retail cost of an ambulance ride.

"When they rolled out their pledge to reduce ambulance fees, they said they would make the [regional health authorities] whole. Now it turns out they're just trying to download costs on to municipalities," Kinew said.

Kinew's claim, however, is not backed up by the mayor, who said it appears the province has only backed away from covering inflationary increases in ambulance costs.

Bowman's comments about ambulance funding follow his announcement that Winnipeg plans to hike bus fares by 25 cents next year and cut up 23 routes to make up for an $8.3-million shortfall in expected provincial transit funding.

The province froze funding for transit at 2016 levels, ending a deal to cover half of transit costs that are not covered by fares.

The province responded to complaints from the mayor by stating Winnipeg receives a generous grant and must make its own financial decisions.