A Winnipeg man has been sentenced to 2½ years behind bars in an impaired driving case that killed a 22-year-old man in 2010. 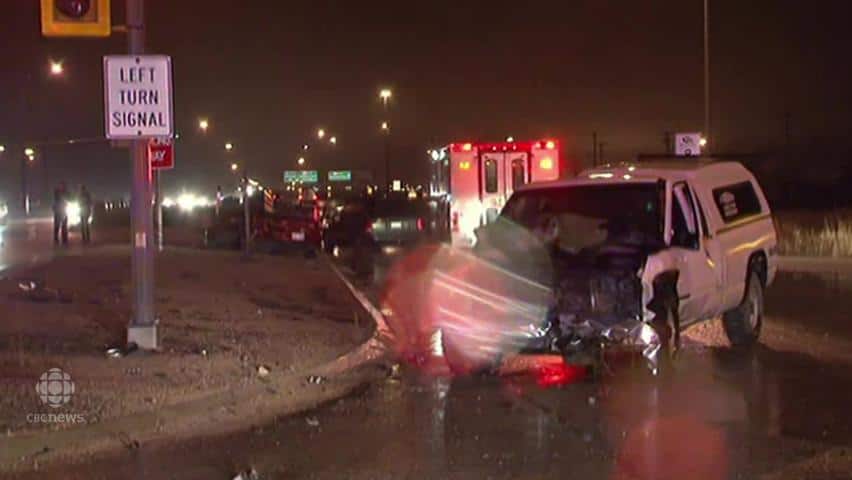 A Winnipeg man has been sentenced to 2½ years behind bars in an impaired driving case that killed a 22-year-old man in 2010.

Brad Skawretko was also handed a five-year driving prohibition as part of his sentence on Tuesday. As well, he is ordered to provide a DNA sample.

Skawretko had pleaded guilty to the November 2010 incident, in which he sped through a red light and T-boned Brett Yasinsky's vehicle near McPhillips Street and Grassmere Road.

Yasinsky was on his way to pick up his girlfriend at the time of the crash. He was pronounced dead in hospital.

"Anytime you have a clear thought, all it does is pop into your head. It just ruins your whole day. It ruins everything. It's just all negative energy you get from this."

“When I finally saw my car, it was total disbelief,” said Bodnarchuk. “He was on his way to a movie, simple thing as that. He didn't make it.”

The Crown had wanted a five-year sentence for Skawretko.

"Two and a half years for a life?" said Braeden Yasinsky, who expressed anger with the sentence Skawretko received.

"I know that he was directly responsible for Brett's death — Mr. Skawretko, I'm talking about — but seeing his mother suffer and his children suffer doesn't give me a lot of relief," she said outside court.

Since Yasinky's death, his family has become involved with Mothers Against Drunk Driving in hopes to help prevent tragedies like this from happening.

"It's too late for Brett,  but the thing is every six hours there is a Canadian that's getting killed out there," said Wayne Bodnarchuk. "The thing is it's totally preventable and totally senseless."