The next cook at Mar's Sisig Restaurant has become one of thousands of newcomers who should be in Winnipeg by now but isn't. The labour shortage is already having a significant effect on small business owners.

'It's just chaos,' immigration consultant says of delays that have left newcomers waiting for months

On weekends, Marson Ocampo is waking up when Winnipeg's bars are closing, working from dusk to dawn and sometimes longer as the main cook at his Filipino eatery, Mar's Sisig Restaurant.

By now, he thought he'd have more help in the kitchen, but his other cook couldn't commute to work if he tried. He and his wife Christine sponsored the arrival of a cook from their native Philippines to command their kitchen while their restaurant and catering business expands.

They were unable to find help locally. "That's why we ask for help to bring someone here to help us," the restaurant co-owner said.

Then the pandemic happened, and their new cook is stuck in the Philippines.

He's become one of thousands of newcomers who should be in Winnipeg but isn't. The labour shortage is having a significant effect on businesses like Mar's Sisig — and Ocampo's sleeping habits. 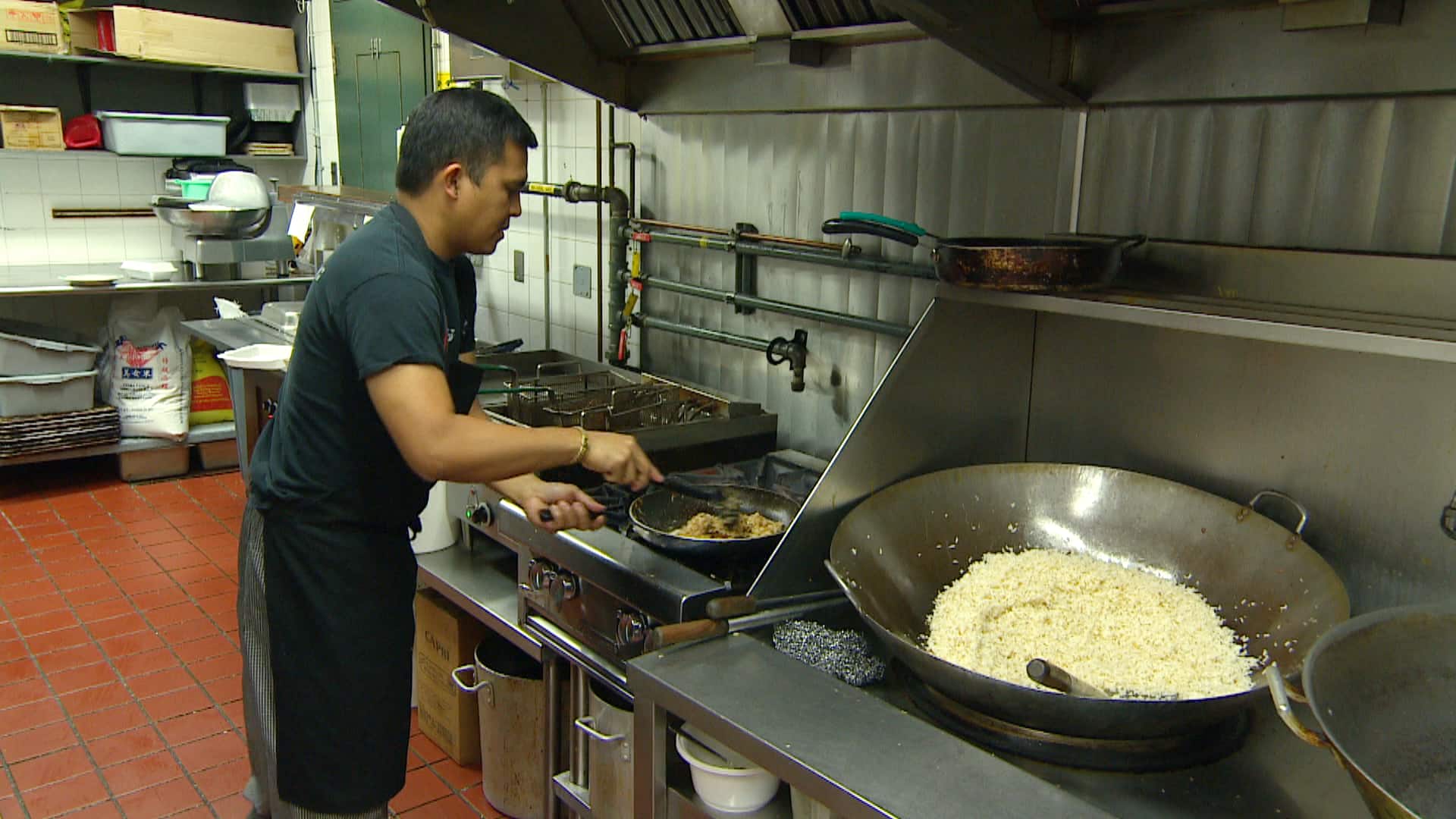 1 month ago
1:02
Marson Ocampo and his wife Christine are about to open a second Winnipeg location of their restaurant, Mar's Sisig, despite the new cook they hired being stuck in the Philippines. The arrivals of immigrants and temporary workers have slowed during the COVID-19 pandemic. 1:02

By October, Ocampo, who already works 15-16 hour days on weekends, will tend to a second restaurant. He'll split time between both eateries, which will open next month at Winnipeg's two Lucky Supermarket locations. (Mar's Sisig is closing inside the Green Brier Inn on Monday)

These expansion plans have been in place for months, Ocampo said.

"I'm worried for my husband's health and how can we run two restaurants without the help of [another] cook," said Christine Ocampo.

"We're trying to hire cooks too from here, but the thing is, no one's applying."

The numbers of immigrants and temporary workers arriving in Canada are slipping during the COVID-19 pandemic because of processing delays and travel restrictions, immigration consultants say.

The consequences are far-reaching locally for businesses left waiting, families missing a loved one and Winnipeg itself, which is now projecting 3,300 fewer citizens at the end of the year.

"It certainly will slow down population growth and in that respect, I guess, slow down economic growth a bit," said University of Manitoba economics professor Wayne Simpson said.

Immigration consultant Joel Duque said the Ocampos' new cook should have had their work permit by April or May, if the pandemic didn't derail their plans.

He said many of his clients at Duque Immigration Services are left waiting.

"We receive phone calls from clients in the middle of the night, asking about what's going on with their immigration application."

Tobey Xiang, an immigration consultant with VisaMAX in Winnipeg, said the processing delays are making it harder for people to arrive, even if they can board a plane.

The slowdown is also affecting the processing time of turning arrivals into permanent residents, he said. As of July, Winnipeg has approved 3,790 permanent residents in 2020, which is roughly half the number as the same time last year, Statistics Canada says.

As well, Winnipeg officials are expecting 3,300 fewer people to settle in 2020 than originally expected. The city is now forecasting a year-end population of 771,400 people, which is still 7,500 more people than 2019 but below projections.

City economist Tyler Markowsky reported these figures to a council committee this month. He said in an interview the city can handle the slower growth rate, but it'll become troubling if it keeps up for years, affecting everything from land supply and utility usage to tax revenues.

At least initially, Markowsy said the effect will be felt on families.

Nholan Tagumpay thought his wife and two kids would be by his side by now.

They were supposed to arrive in March, but their flight to Winnipeg was grounded in the pandemic's early days.

Then he thought they'd get clearance in the summer. His kids were authorized, but Xiang said that due to an official misinterpreting the travel rules, Tagumpay's wife was barred from travelling, so his kids stayed with their mother.

Meanwhile, Tagumpay's own application for permanent residency — which would simplify the reunification process — is facing delays as well, he said.

Tagumpay said he would have abandoned Canada by now, if he moved overseas for only himself.

"I gave up on a lot of things [when I was younger], but I can't give this up because this is not mine. What I'm doing is not mine, it's for my kids and I can't give up on them," Tagumpay said.

As he waits for his relatives, he is remitting most of his salary from his information technology job to the Philippines. His wife has been unemployed since she left her job in March, only days before she thought she was moving to Winnipeg.

His family is sacrificing so his kids, now 10 and six, will have a better life, Tagumpay said.

"I have a journal for myself that hopefully when they grow up, they'll understand why they are here, why these things happen back when they were younger." 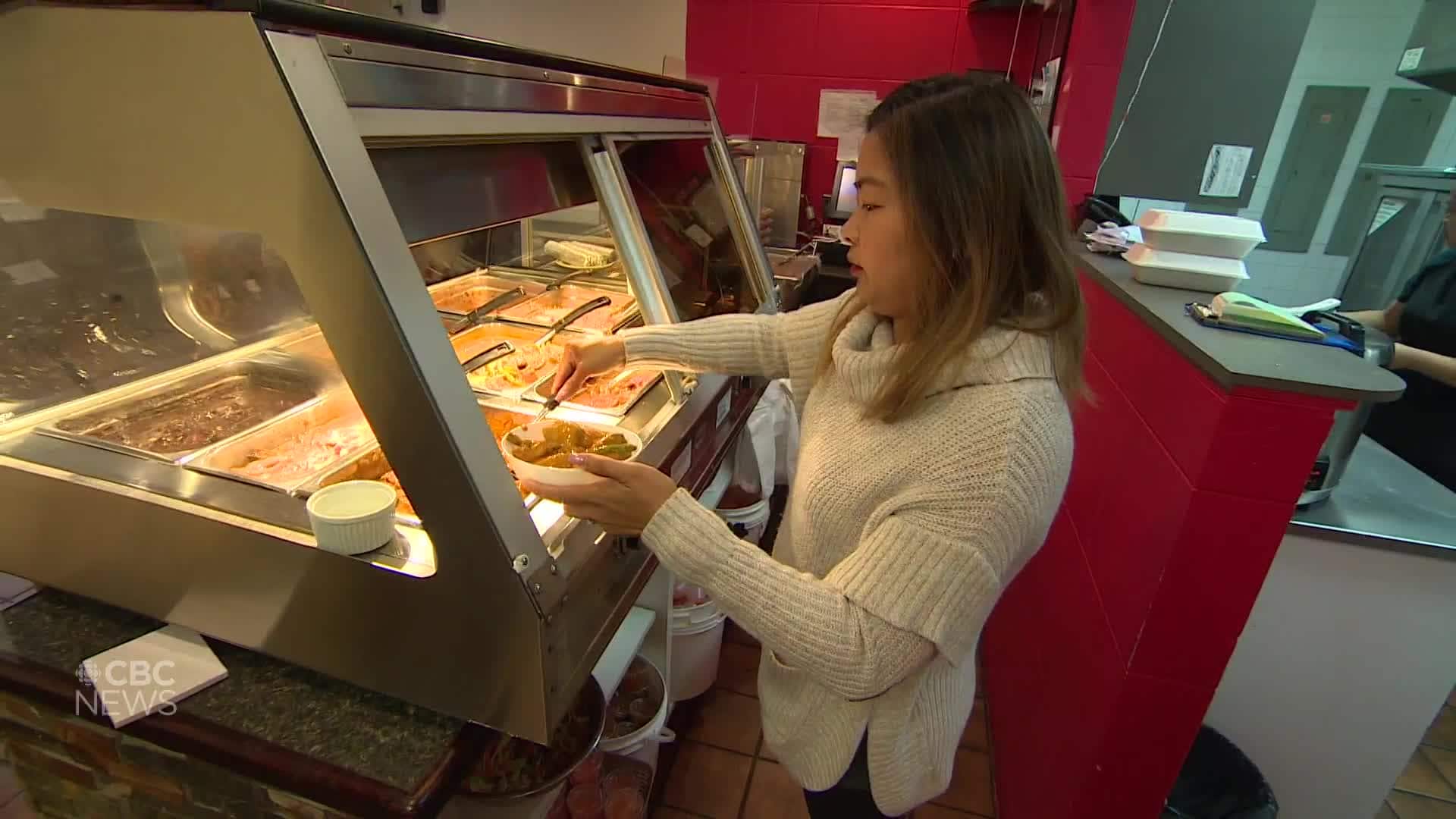 1 month ago
1:44
Marson Ocampo is the main cook at the Filipino eatery he and his wife have been running in Winnipeg for two years. He's been trying to bring another cook over from the Philippines, but due to immigration delays he'll be opening up another location without the extra help. 1:44