As virus rates spike, patient volumes may get worse before they get better, warns WRHA

Since Boxing Day, average daily patient volumes at emergency rooms and urgent care centres within the Winnipeg Regional Health Authority have increased by an average of 120 more people per day than during the same period a year ago, officials say.

A spike in the number of patients visiting Winnipeg emergency rooms and urgent care centres since Boxing Day may get worse before it gets better, warns the new chief executive officer of the Winnipeg Regional Health Authority.

CEO Vickie Kaminski issued the warning on Tuesday, saying occurrences of three different viruses all began peaking in Winnipeg at the same time, putting a strain on resources at city hospitals.

"All three have come at us at the same time," Kaminski said. "It's highly unusual for us."

The health authority proactively prepares for patient spikes every winter, she said, but it couldn't have predicted rates of influenza A, influenza B and respiratory syncytial virus would surge simultaneously. Each virus usually starts and peaks at a different time, she said.

Since Boxing Day, average daily patient volumes at ERs and urgent care centres in Winnipeg have increased significantly over the same period last year, Kaminski said. Hospitals are currently seeing around 1,000 patients daily, she said  — an average increase of about 120 per day from the post-Boxing Day period last year.

"We have an increase … more than anybody anticipated or could anticipate even with a high volume of flu season, so that's really what we're dealing with at the moment."

Surgeries may be cancelled

The overcapacity issue may cause some elective surgeries to be postponed, said Krista Williams, the WRHA's chief health operations officer.

As part of the health authority's surge protocols, it is looking at other Manitoba health-care facilities to accommodate patient overflows. One patient has already been transferred to Brandon because of the crunch for space in Winnipeg.

Kaminski couldn't say how long she thinks the spike in patient volumes will last.

"We get excited when we see a slight dip and … it's down to 110 [more] patients a day, but we expect that we haven't seen the peak yet of influenza A, B and respiratory illness."

In addition to spikes in various illnesses, chronic disease and trauma issues are often exacerbated this time of year, as are cases of staff illnesses, she said.

Since Boxing Day, the health-care system has also been grappling with 22 more patients arriving by ambulance per day than during the same period last year, Kaminski said.

Winnipeg's hospitals are also dealing with a high volume of critical care patients and not enough places to keep them.

Of the 63 intensive care unit beds within the WRHA, five beds are being left empty because of inadequate staffing. Kaminski said the health authority is currently conducting a review of its ICU capacity.

"Why is it that our multibillion-dollar health-care system cannot figure out how to adequately staff what they know is going to be the busiest time of year?"

The Opposition leader blamed the staffing woes on the government's consolidation of emergency rooms as part of its health-care system overhaul, which he argued has overworked hospital employees and caused others to quit.

He also slammed the transfer of a patient to Brandon as "highway medicine."

"What he neglected to tell reporters today is these same protocols existed under the former NDP government and that similar approaches have been widely used in other jurisdictions for decades," he said in a prepared statement.

"The flu may be exacerbating capacity issues, but it's not to blame for the situation as a whole, and it's something that happens every year," she said in a email.

The recent throng of patients in St. Boniface Hospital's emergency room prompted the hospital to ask those accompanying patients to stand while they waited, so incoming patients could take their seats.

Svitlana Maluzynsky wrote in a letter to Premier Brian Pallister saying the standing room-only demand, which she saw firsthand last Friday, was unacceptable. Her relatives who were also at the hospital felt the same way.

"They've never seen it in that state before, so full, and they go … to the hospital quite regularly," said the librarian and former NDP staff member.

"They were quite shocked." 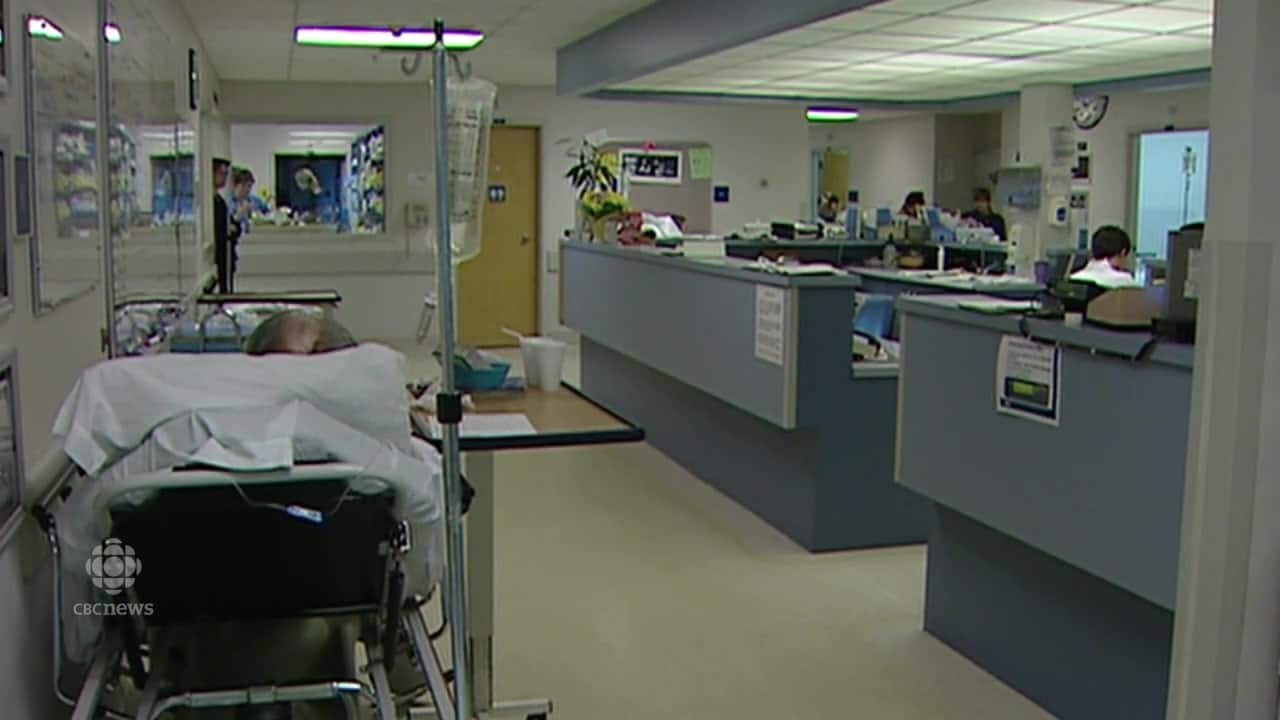 1 year ago
2:02
A spike in the number of patients visiting Winnipeg emergency rooms and urgent care centres since Boxing Day may get worse before it gets better, warns the new chief executive officer of the Winnipeg Regional Health Authority. 2:02