Neighbours living along the Assiniboine River want a homeless encampment near Osborne Village to be taken down, but are frustrated there is no long-term solution to a problem they see returning again and again.

With noise, drug use, fires at camps, 'it's hard to get sleep' or feel safe, says Balmoral Street resident

Pat McNorgan is explicit about the impact of the encampment a few metres away from the windows of his riverfront apartment on Winnipeg's Balmoral Street.

"It's literally a nightmare," he says. "Every night there have been fires. Major fires here. There's usually campfires every night."

There were two significant fires this week, sending thick black smoke across parts of his West Broadway neighbourhood and across the river into Osborne Village.

Flames and explosions lit the sky over the Granite Curling Club around 3 a.m. Tuesday, prompting yet another visit by a Winnipeg Fire Paramedic Service crew.

There were no reported injuries, and the blaze behind the Granite Curling Club was put out swiftly, the fire service said Tuesday morning.

In the daylight there is evidence of the aftermath — scorched trees, several blackened propane cylinders, garbage melted into the ground and then frozen in place.

For McNorgan, the "nightmare" is more than just the popping of exploding propane cylinders and the inky smoke.

"There is drug use. Typically between three and five in the morning you have people coming down — very violent, very loud, screaming up and down the riverbank. There's arguments. There is hammering, with people putting up new places to live," he said Tuesday morning.

CBC News talked to other residents in the area who describe the same scenes, and add they see encampment residents openly urinating and defecating along the shore of the river.

Piles of garbage, some a metre high, litter the area. They include everything from bikes and power tools to a full-size stove. There are heaps of clothes, and shopping carts everywhere.

One pile of trash reveals bags and bags of fresh carrots, now frozen solid in the cold.

Calls from area residents go out to emergency services. Fires get put out. The tents stay.

McNorgan is soft-spoken, yet nonetheless direct about the solution. He says he's often woken by the noise of the encampment, or the fire service arriving to put out another blaze.

'They have to go'

He is sensitive to the problems in the encampment — addictions, poverty, mental health and housing — but its presence has trashed his sense of security and his love of the neighbourhood.

"I don't know what the solution is. I'm just addressing the problem that I have — that I don't feel safe in the city and the place that I live in anymore... and that people aren't doing anything about it," he said.

"There's a number of bylaws that are being broken down here."

Fort Rouge-East Fort Garry Coun. Sherri Rollins has made up her mind.

"They have to go," Rollins says in an interview Monday behind the Granite Curling Club, on Granite Way between Balmoral and Osborne streets, and a few metres from more of the sprawled-out collection of tents and makeshift shelters.

"The encampment has been a real disturbance for the neighbourhood."

With a hummock of garbage right behind her, Rollins describes this encampment as one of the "top three worst" in the city. She suspects the camp is the source of some criminal or unsavoury activity, including fires.

The city has the authority to tear down the camps, but they routinely pop up just blocks away within hours of being shut down.

In the shadow of the Golden Boy

The encampments along the river are literally within a long stone's throw of the Manitoba Legislature, but it is the city and its councillors who are on the receiving end of the encampment problem, says Rollins.

"There are deep and growing complexities in this work. I'm waiting for the province to show up. They haven't. As a matter of fact, they're just downloading more" of the responsibility to the city, she said.

She's had numerous conversations with McNorgan and other residents, as well as business owners, about the encampments, but the city — jurisdictionally — has only the responsibility for emergency services.

It's the province that has responsibility for addictions and mental health services, poverty strategies and housing.

Recent statistics show there were 1,770 vacant Manitoba Housing units at the end of June — higher than the usual 1,100 vacancies as part of its regular turnover of units. Meanwhile, 9,049 households are on the waiting list for subsidized housing.

"We've got a legislature that wants to get out of the housing business ... when you're in a housing crisis," Rollins says.

She says the city and province have to work together on the problem, and so far that isn't happening.

"There needs to be a SWAT team made up of a body of councillors or city hall folks, and a body of legislature folks. And that's what people expect ... and in this case, it's not happening."

A spokesperson for the city says it and partners in a homelessness working group — a group that includes homeless-serving agencies, such as End Homelessness Winnipeg — talk regularly to the residents of nearly all the city's encampments with a "human-rights based approach" to the issue.

"We are actively working on a plan for this encampment and others, and anticipate a solution in the coming weeks that takes all parties' needs into consideration," wrote the spokesperson.

Kristiana Clemens with End Homelessness Winnipeg says it will be up to the Winnipeg Fire Paramedic Service to make the call on life-safety concerns within the camp, and whether it should be closed down.

She said housing solutions alone won't solve some of the social problems connected with the encampment, but was pleased to see the City of Winnipeg receive $12.5 million for a rapid housing initiative announced by the federal government Tuesday.

That money, which has to be spent my the end of March next year, could help ease some of the housing crisis facing many rough sleepers, Clemens said.

A minister from the provincial government wasn't available Monday to take a look at the camps, but a spokesperson provided a statement pointing to a series of funding announcements, including $42.8 million to improve mental health and addictions services and another $2 million specifically targeted for agencies such as Main Street Project, the Salvation Army and Resource Assistance for Youth.

The spokesperson said the Progressive Conservative government was committed to working with the city on solutions, but "the enforcement of city bylaws and the cleaning up of homeless encampments is the responsibility of the City of Winnipeg."

McNorgan figures the broader homelessness issue will take money, time and focus to tackle, but for his backyard — the river he believes is part of the "jewel of the city" — something more direct has to be initiated.

"What needs to be done as far as this area goes, I think, is to clean it out and have the police do short patrols once a week, a couple of times a month, whatever, just to to keep the area clean," he said.

"I would invite you to come here and live here for a week and — then tell me what you think." 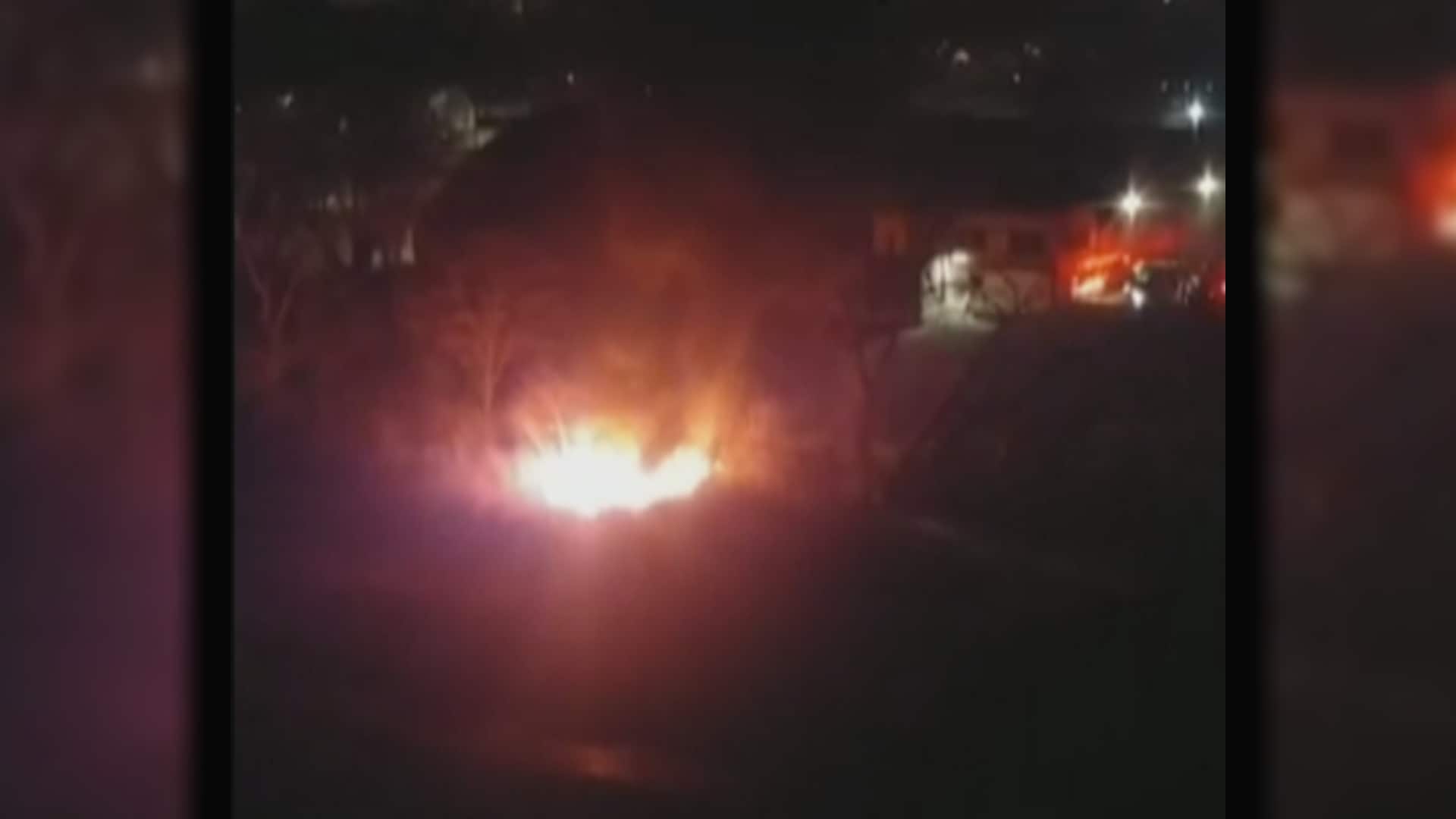 'Every night there have been fires. Major fires here.'

4 months ago
2:45
A pair of fires Monday and Tuesday on the bank of the Assiniboine River in Winnipeg. have prompted more calls to remove a homeless encampment near the Osborne Street bridge. 2:45