An encampment near the headquarters of the Manitoba Metis Federation should come down, says the head of the Main Street Project.

Public health risk for homeless in the camps outweighs other concerns

A Winnipeg non-profit that provides supports for the city's homeless population says it's time for the city to remove a tent encampment in the north part of downtown.

Dozens of people are living in collection of tents and tarps at the foot of the Disraeli Freeway, amid a significant buildup of household items and garbage.

The Manitoba Metis Federation sent a letter to the city this week threatening legal action if the encampment isn't broken up.

The federation's building on Henry Street is across the street from the encampment. The MMF says drug and alcohol use and other issues have created safety concerns for its staff.

The executive director of the Main Street Project says his organization has held several discussions with officials at the City of Winnipeg, and told them several weeks ago it was time to remove the tents.

"Right now, the public health risk that is there in those camps really outweighs any benefit of having them there," said Rick Lees.

Since the onset of the COVID-19 health emergency, Main Street Project has rapidly built up capacity to help homeless people, adding 200 beds at a facility on Disraeli. Another 120 spaces will be available soon in the old Mitchell Fabrics building on Main Street, now owned by the Main Street Project.

"There is now room and space for these folks. We have the resources we can provide them. Whether they want them or not, that's another question — but we have to give them choice," Lees said Thursday.

The Main Street Project's facility in the former Mitchell Fabrics is quickly taking shape after an injection of funding from the federal government.

Manitoba Metis Federation President David Chartrand says he raised the issue of the homeless camp with Winnipeg Mayor Brian Bowman during a phone call in May, but didn't hear back.

Chartrand says he also hasn't received a response from the city after the MMF's lawyer sent a letter on June 2, threatening legal action unless the city takes steps to deal with the camps and help the people in them.

Now, Chartrand wonders if more direct action is required to get Bowman or Premier Brian Pallister to take action.

"What if I was to take this camp and move into their riding? Buy tents, buy cots, buy stoves — and move them into their ridings? What are you going to tell their constituents — that it's OK? … Main Street Project will take care of it?"

North Kildonan city Coun. Jeff Browaty reacted to Chartrand's threat of legal action by writing a letter of his own.

Browaty says it's time to act, citing the fire hazard posed by propane cylinders scattered through the encampment the threat of the spread of COVID-19 there.

"This is city land. We are going to get some flack for saying 'move them along,' but on the other hand, if something happens on city land, we are also going to be wearing it," Browaty said.

Bowman has been "advised that for several weeks a number of community stakeholders supporting unsheltered Winnipeggers have been working with the public service regarding encampments, including the one at the Disraeli Bridge," a statement from a spokesperson said.

"These community stakeholders, which include End Homelessness Winnipeg and Main Street Project, are actively taking steps to address the safety issues that have been identified at the Disraeli Bridge location." 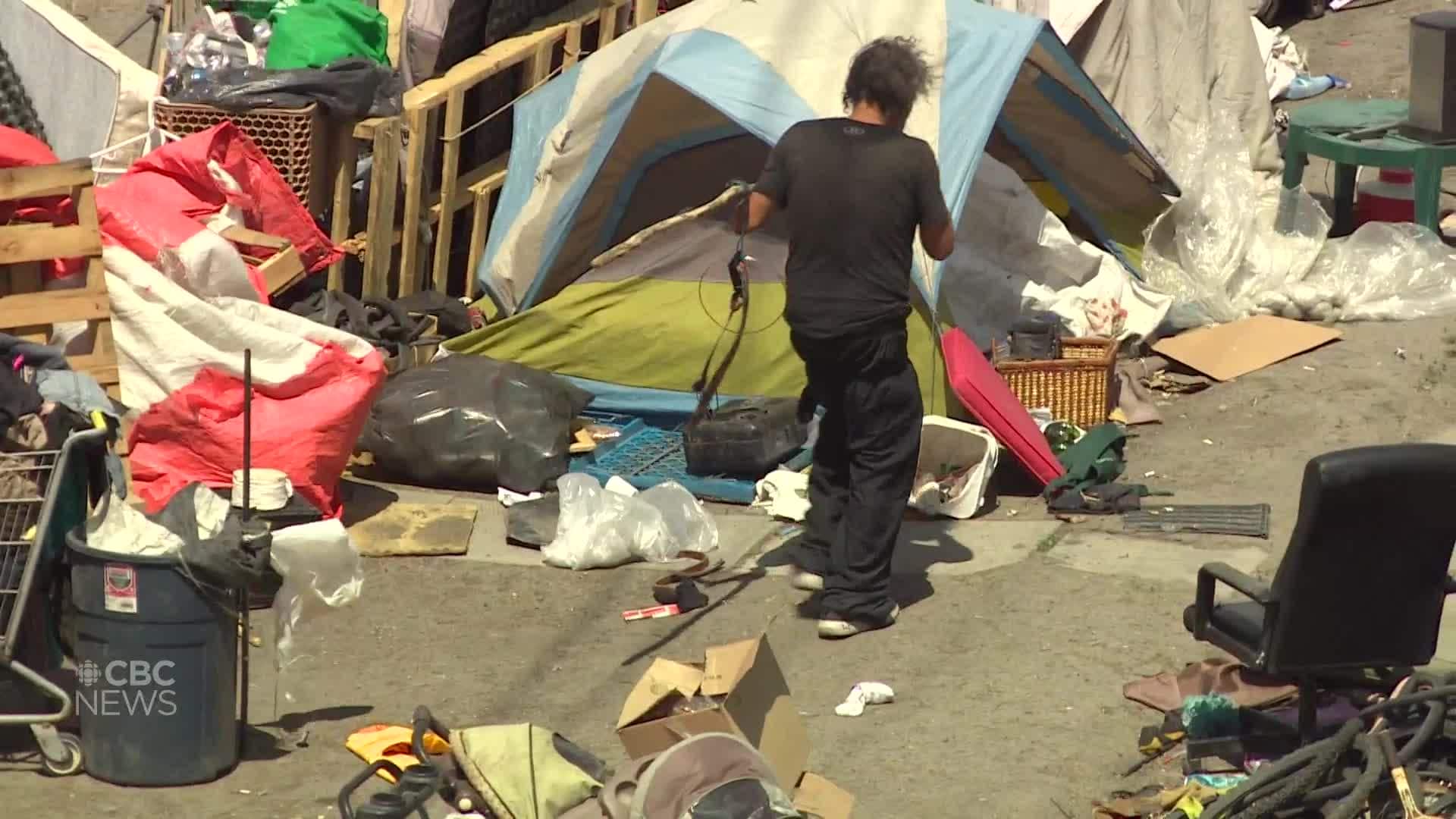 6 months agoVideo
2:17
A Winnipeg non-profit that provides supports for the city's homeless population says it's time for the city to remove a tent encampment in the north part of downtown. 2:17
CBC's Journalistic Standards and Practices|About CBC News