Gavin Ramsay, 17, uses his headphones every day and was devastated when they went missing. But then students at his school surprised him on his birthday with a new pair.

Gavin Ramsay, 17, uses his headphones every day to help manage the stress he feels from loud noises — at school, at home, even at the movies — a challenge that, for him, comes with having autism.

So when the Grade 11 student at Dakota Collegiate in Winnipeg realized his expensive headphones were missing, he was devastated, his mom said.

Then a week later, students at his school surprised him on his birthday with a brand new pair of headphones they bought as a group.

"I was speechless," Gavin said. "I was almost in tears."

He gave the headphones a rave review.

"Honestly, he hasn't taken them off around his neck," said his mom, Joni-Lea Jessica Ramsay.

"But I think the biggest thing for Gavin was he really, really couldn't believe that kids did this for him. Having autism, I guess, you know, all his life, he seemed to feel kind of, you know, like an outcast," she said.

"And this really made him feel like he was a part of something, a part of a group of caring people that really, really actually cared for him. It was awesome."

'Whoever took them needed them more'

Gavin said he first noticed he didn't have his headphones on April 20. He left his drama class in a hurry that day, and figures he must have left them behind. But when he went back to look, they weren't there.

He's not sure what happened to them or whether they were stolen.

"I don't know, but I don't mind," he said. "Whoever took them needed them more."

Gavin was diagnosed with autism when he was 15 months old, his mom said. He's used headphones since Grade 1 to drown out sound that can cause him stress.

The pair of headphones that went missing was an expensive gift from his aunt, his mom said, and "a huge part of his life."

Gavin told Dakota's student services staff they were missing and a staff member spread the word.

"My classmates were told by my teacher the next day and were told to try to search for them, which felt truly humbling," Gavin said.

"Well, during the next week, they spent the whole time raising money and they surprised me on my birthday."

The students presented the headphones to Gavin on April 28. His mom couldn't be there, but she asked someone to film it for her so she could see his reaction.

She said the gesture and the gift meant a lot to her family.

"[Gavin] was always picked on, always teased. He was very, very bullied all his life. It was so positive, I was blown away. It was very humbling for both me and Gavin," she said.

Gavin said he had a chance to thank all the people at his school, and his mom wanted to do the same.

"For a child with autism, his world was complete chaos," she said. "So I'd like to thank all of these students and the teachers for making my son's world better again." 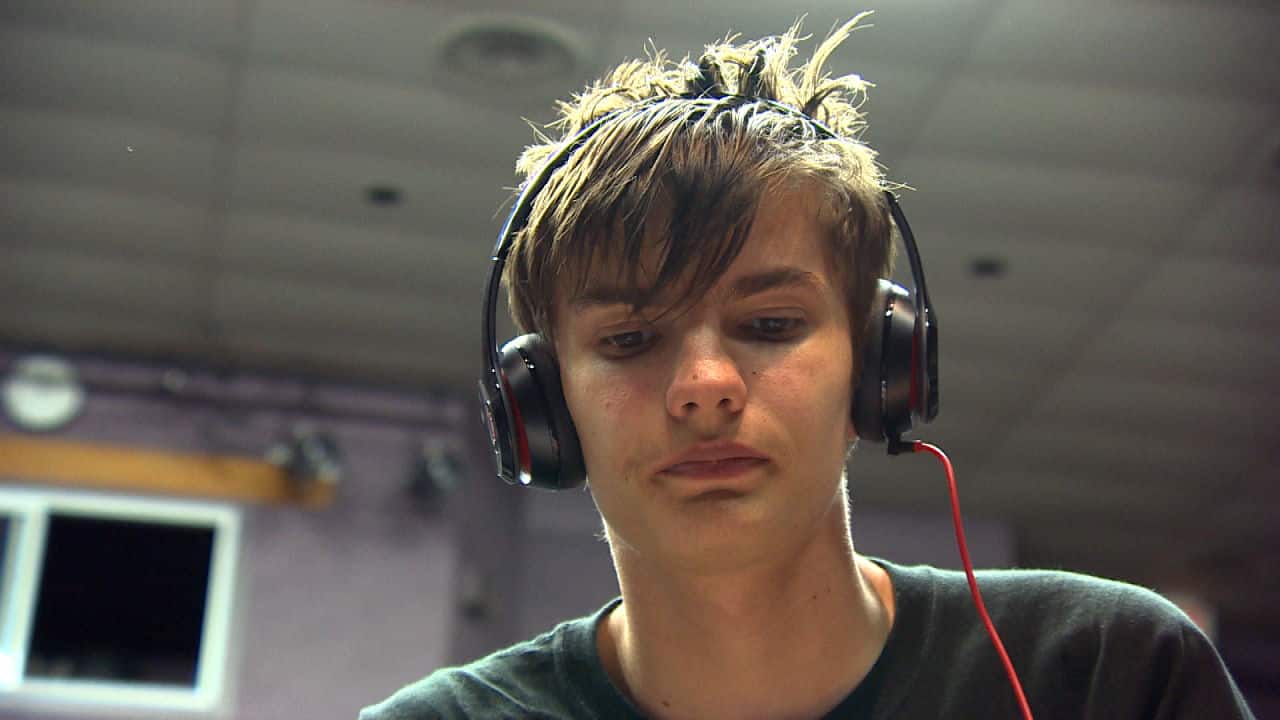 3 years ago
1:31
17 year old Gavin Ramsay lives with autism and uses the headphones to drown out sound and de-stress. Last month his headphones went missing. Thanks to his classmates, they banded together to help Gavin out and surprise him with a new set on his birthday. 1:31

With files from Sabrina Carnevale