White supremacist groups are using an alleged hate crime hoax in Winnipeg to further their anti-Semitic agendas on the internet, anti-racism activists say.

White supremacist groups are using an alleged hate crime hoax in Winnipeg to further their anti-Semitic agendas on the internet, anti-racism activists say.

Oxana and Alexander Berent, along with their son Maxim, have been charged with public mischief after police allegations they faked an attack last Thursday at BerMax Caffé and Bistro.

The family denies the charges.

The allegations have fuelled voices in white supremacist and neo-Nazi groups across the internet, says Helmut-Harry Loewen, a retired University of Winnipeg professor and anti-fascism activist.

"It's almost like clockwork," Loewen said Thursday. "When we have an incident — whether it's an actual hate crime or an alleged hoax — you will have this kind of reaction: 'Oh yeah, they're simply making it up,' or 'They're exaggerating their rates of victimization.'"

Andrew Morrison, an archivist at the Jewish Heritage Centre in Winnipeg who monitors anti-Semitic activity online, says  he's seeing conspiracy theories attempting to connect the incident with Israel and Zionism, with one of the comments linked to an extreme anti-Semitic group.

Watch Oxana Berent respond to the allegation her family faked the attack: 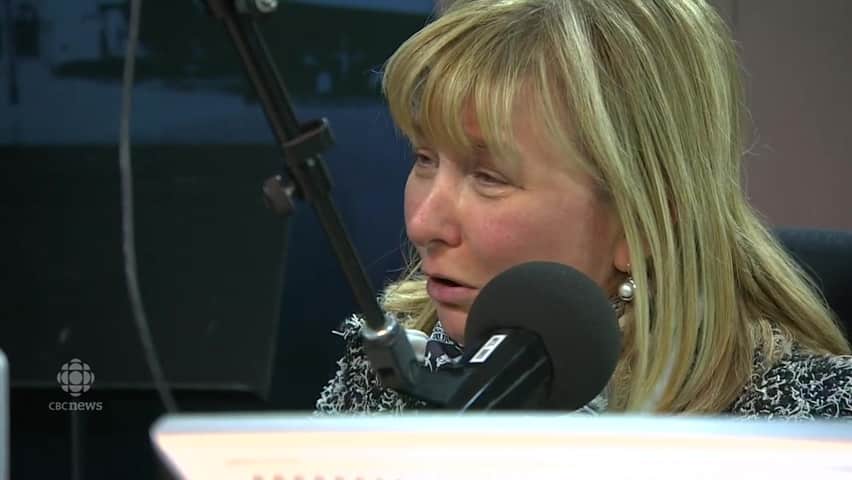 'We didn't do it,' BerMax Caffé owners insist after police charge them with staging hate crime

2 years ago
1:20
The Jewish family that owns a Winnipeg restaurant deny police allegations that they staged an anti-Semitic attack at the establishment last week. They spoke to host Ismaila Alfa on CBC Manitoba's Up to Speed on Wednesday. 1:20

Belle Jarniewski, executive director of the centre, says the impact of a hate crime hoax can be far-reaching.

"There's a tremendous concern that this will actually cause more anti-Semitism, that when an actual anti-Semitic incident does take place, that people may be, first of all, reticent to report it, that they'll be worried that they won't be believed."

Last week, the family reported Oxana Berent had been assaulted and the restaurant on Winnipeg's Corydon Avenue had been heavily vandalized with anti-Semitic symbols.

On Wednesday, Winnipeg police said they believe the incident was staged.

The family says they didn't stage the attack, and while they have had to put their home and café up for sale in order to pay off loans, that would not lead them to falsify an attack.

"We're very concerned about how this will play out, especially in terms of how neo-Nazis, white supremacists and anti-Semites will try to profit from these narratives."

See the damage inside BerMax Caffé and Bistro after the alleged attack:

The international range of online hate groups is significant, Loewen says, and online portals give white supremacists and neo-Nazis the ability to organize and trade information.

"The international scope and the speed with which messages targeting the Jewish community, in this case, can travel worldwide is certainly something that cannot be underestimated," he said.

Despite hate online, Jarniewski says, she's received numerous messages of support from people over the past 24 hours.

"[They show] understanding on how difficult an experience this is for our community, but really an expression of ongoing support and an intention to continue to combat anti-Semitism and all types of hatred and racism."