Ron Siwicki, a well-known Winnipeg guitar player accused of leaving his fallen, elderly mother on the floor of her home where she then died, has been granted bail. 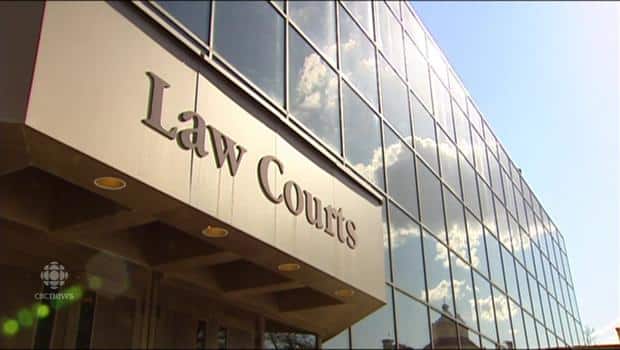 6 years agoVideo
2:01
Ron Siwicki, a well-known Winnipeg guitar player accused of leaving his fallen, elderly mother on the floor of her home where she then died, has been granted bail. 2:01

Ron Siwicki, a well-known Winnipeg guitar player accused of leaving his fallen, elderly mother on the floor of her home where she then died, has been granted bail.​

The conditions of Siwicki's bail stipulate that he must undergo a mental health assessment and report to the John Howard Society in the next 24 hours.

Provincial court Judge Lynn Stannard said two of Siwicki's supporters must post $2,500 sureties each for him to be released. He is also permitted to live in the home where his mother died.

Until it's established that she really didn't want to go to hospital and really didn't want medical treatment, it's not possible to judge whether the son did the right thing or the wrong thing.— Arthur Schafer, University of Manitoba ethics professor

Defence lawyers Mike Cook and Amado Claros said they were happy with the judge's decision.

Shortly after proceedings got underway around 2 p.m. Monday, the Crown sought and was granted a publication ban, restricting the release of details from the bail hearing.

'Ron is a very gentle man,' says friend of Siwicki

The courtroom was full of Siwicki's friends and supporters from the community Monday.

Siwicki, 62, was arrested Dec. 17 and charged with criminal negligence causing death and failing to provide the necessaries of life.

The incident took place in November in the home he shared with his 89-year-old mother, Betty, in the Garden City neighbourhood.

“Ron is a very gentle man,” said Michael Gillespie, a friend of Siwicki’s. “He avoids confrontation at all costs.”

Gillespie called Siwicki a talented musician who cared for his mom.

“He’s devoted to his music, and for as long as I have known him I was aware of the fact that he was the dedicated caregiver of his mother."

Police said Betty fell, injured herself and was unable to get up on her own, but that Siwicki did not call for medical attention.

"It's not my position to judge whether what he did was wrong, whether it was misguided," MacRae said prior to the hearing. "[Whether] it was just an error in judgment … my position is how the judicial system is dealing with this."

Siwicki's lawyers have told CBC News that Betty did not want to continue her life, and did not want her son to call for help.

They said Siwicki covered her with a blanket and fed her nutritional drinks and water.

The defence lawyers said they aren't sure how long Betty Siwicki was left on the floor before she died, but had initially suggested it might have been five days.

Cook said his client may have been in a state of shock at the time of his mother's death.

"What we're saying is that at the time when the police came, [Siwicki] wasn't in the right state of mind, with his mom lying on the ground and having passed on, so he was in a very distraught state of mind."

Siwicki's lawyers said they expect he will be released Tuesday. The next court date is scheduled for February.

Wanda Morris, chief executive of Dying with Dignity Canada, said the Siwicki story is sad and shows that there needs to be more education for families who may find themselves with a loved one who refuses medical care.

​"Care is a broad term, so the education I'd like to give people is to know that you always have the right to refuse a treatment," she said.

"She clearly wanted comfort care only and wanted to end her life, but she didn't have to do that on a floor, and I suspect in some pain probably from a broken hip."

Morris added that medical care could have been called.

"She didn't even need to leave the home — but certainly, she could have died in a bed with perhaps some morphine to control the pain."

Arthur Schafer, an ethics professor at the University of Manitoba, said that if Siwicki is telling the truth about his mother, the criminal charges against him should be dropped.

Owing to the complex nature of the case, Schafer said, it is impossible to know at this point whether Siwicki was simply honouring his mom's wishes by leaving her on the floor.

"Good ethics require good facts," said Schafer  "Until it's established that she really didn't want to go to hospital and really didn't want medical treatment, it's not possible to judge whether the son did the right thing or the wrong thing."

In the wake of Betty Siwicki's death, health officials like Dr. Merril Pauls noted that patients always have a right to refuse medical treatment, and they should not be afraid of going to a hospital.

Pauls, who is the leader of the professionalism program at the University of Manitoba's College of Medicine, said doctors will not force treatment on patients who don't want it, provided they understand their options.

“People should understand that we're not in the business of imposing treatment on people, that we really want to make sure we respect people's wishes,” said Pauls. “Many people do wish not to receive treatment every day; I negotiate that with patients I see."

Pauls said people need to remember that hospitals also offer palliative care for those who wish to die peacefully at home.