The owner of an Indian grocery store in Winnipeg says he's losing business after a lie that several of his employees contracted COVID-19 was spread online.

The owner of an Indian grocery store in Winnipeg says he's losing business after a lie that several of his employees contracted COVID-19 was spread online.

Jagjit Gill is fighting back against the rumour, which appeared on WhatsApp messaging app last week and was seen by many people in Winnipeg's Indian community, he said.

The rumour evolved to the point where four employees of Gill's Supermarket on Keewatin Street were purported to have confirmed cases of COVID-19. Gill insists the claim is false and none of his employees have contracted the virus.

The falsehood has tanked his business, he said. Sales are down by as much as 40 per cent since Monday.

"It's affecting our business big time … people stop coming and less people coming into the store, and they're all worried about it."

Gill said store employees have fielded "hundreds" of calls and messages from worried customers asking if they need to self-isolate.

He said he has no idea how the rumour started, or who would fabricate it.

"It's upset me because we're taking more precautions to bring in customers [during the pandemic] and we're taking care of our employees and we really wanted everybody safe and sound, and then this happens," he said.

"This kind of rumour forced us down, so this bothers me."

Health officials have previously said they would only name a business where a person was infected with COVID-19 if there's a risk to public safety.

"Based on investigations to date, no diagnosed cases have been linked to this business," a government spokesperson said on Thursday.

The owner took matters into his own hands Monday night by addressing the hearsay on his company's Facebook page. He's also had a store on Pembina Highway for the past five years.

Gurinder Brar has worked at the Keewatin store for a year. In addition to fielding many phone calls from customers, she said she heard from many family and friends who wanted to ensure she was safe.

"This news is in our community, so there's lots of customers — they're permanent customers — and they're worried because they had been to the store," she said, explaining the grocery store would have alerted the authorities if they were experiencing an outbreak.

Gill said the rumour is another blow to business. He's already worried about supply shortages from India, where he gets some of his grocery items. The country is experiencing an exponential spike in COVID-19 infections.

He's thankful, though, the business he's operated for 16 years is starting to bounce back.

A few customers leaving the store on Wednesday night told a reporter they hadn't heard of the rumour. 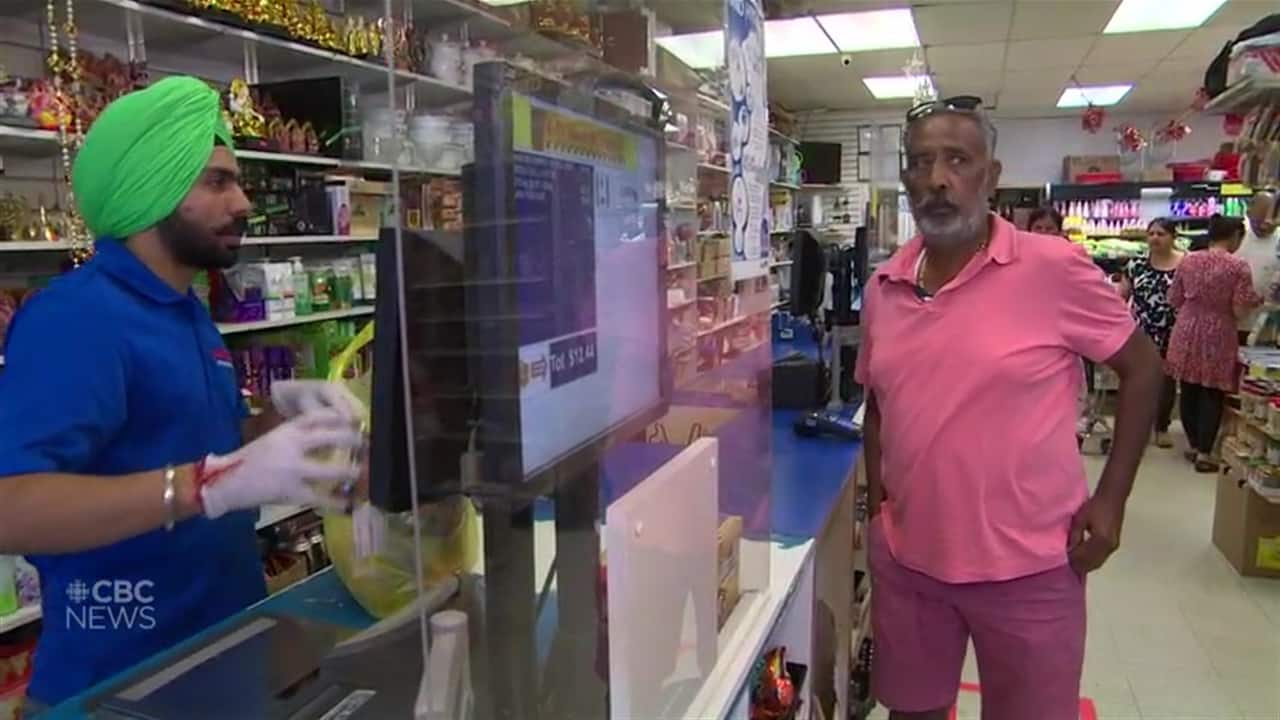 6 months agoVideo
1:49
The owner of an Indian grocery store in Winnipeg says he's losing business after a lie that several of his employees contracted COVID-19 was spread online. 1:49