Golf management companies in Winnipeg are disappointed the city is recommending an Ontario-based company to run four municipal golf courses. 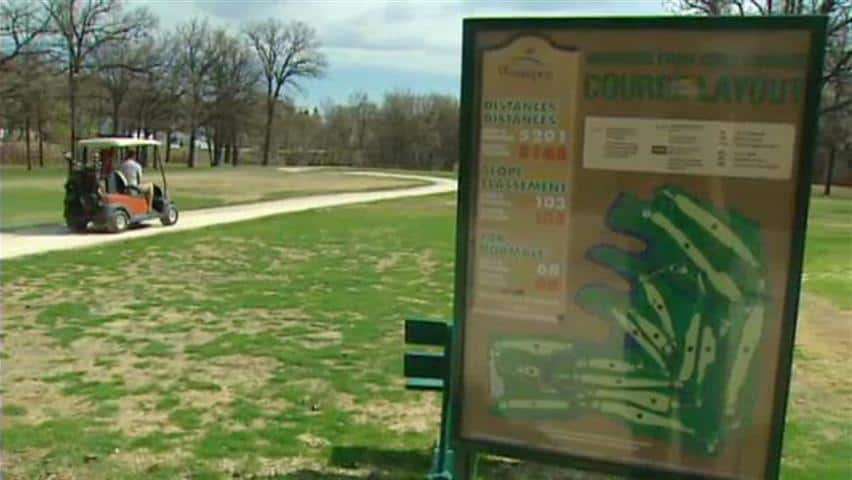 8 years agoVideo
2:00
Debate is growing over the future of four golf courses owned by the City of Winnipeg. 2:00

Golf management companies in Winnipeg are disappointed the city is recommending an Ontario-based company to run four municipal golf courses.

Officials have said the four golf courses, which are owned by the City of Winnipeg, have been losing almost $850,000 a year.

Harbour View has been managed since 1982 by Lakeland Golf Management, a Winnipeg company that runs nine golf courses, including Hecla and Tuxedo.

Lakeland president Harry Brotchie told CBC News he had submitted a bid to manage the four golf courses, but it did not make the cut.

"We thought we'd developed a pretty good track record in being a local company. It's, you know, certainly disappointing," he said.

Brotchie said assuming the plan is approved, it will be hard to let Harbour View go.

"I feel worse for some of my staff. One of them's been there 30 years since we opened," he said.

"It's just hard on the individual people, but that's part of the process. You know, the city needed to do something, for sure."

GolfNorth, owned by former BlackBerry CEO Jim Balsillie, would pay the city $100,000 to $150,000 annually for 20 years under the arrangement.

The City of Winnipeg would still own the land. GolfNorth would operate the courses, invest about $4 million, and keep almost all the profit it makes.

GolfNorth's $4.2-million bid proposes a "short-term capital investment strategy" in which it would "refurbish the clubhouses at Kildonan and Windsor Park to improve the overall facility appeal."

It also proposes completing an "auto cart pathway" network and undertaking "multiple drainage projects" at Kildonan Park and Windsor Park, among other improvements.

But Brotchie said he hopes to see tangible improvements.

"Cart paths, things like that, we consider that day-to-day maintenance almost; not really what you'd consider a capital investment," he said.

He wouldn't disclose the dollar amount of his bid, but he said, "It was better than what's on the table right now, significantly."

Cerasani said he wants to know why local bids to run the golf courses were not successful, but an Ontario company's proposal was.

"Why we had to go out of the province when there's people in the province that are in the business and proven to be successful? It's upsetting," he said.

He added that the city's report talks about the Harbour View golf course possibly being shut down.

"So in the end they'll probably close Harbour View and Crescent Drive and they'll end up with GolfNorth operating, you know, Windsor Park and Kildonan," Cerasani said.

"There's no reason a local group couldn't run those facilities just as well or better."

The city's proposal will be discussed by council's alternate service delivery committee on Friday.

CUPE Local 500, the union representing City of Winnipeg workers, says it will voice opposition to the plan at Friday's meeting.

The union contests the city's claims that contracting out golf course services will save taxpayers money.

"Our golf courses don't lose money — this is simply a shell game with figures," president Mike Davidson stated in an email to members Tuesday.

Davidson also said the union has seen a lack of funding or capital improvements for city-run golf courses.

"Due to lack of investment and political will, they have been allowed to deteriorate and fail in their operations over the years," he wrote.