Winnipeg baseball fans are rooting for the hometown Goldeyes as they vie for their third championship title in team history.

Winnipeg baseball fans are rooting for the hometown Goldeyes as they vie for their third championship title in team history.

The Winnipeg Goldeyes launched the American Association Championship Series with a 5-0 win over the Wichita Wingnuts at Shaw Park on Wednesday night.

Game 2 of the best-of-five series will also be at Shaw Park on Thursday starting at 7 p.m. The series will then move to Wichita, Kansas, for Game 3 and, if necessary, Games 4 and 5.

"Being able to open up the championship series here in our home crowd and our home field … I think is a huge advantage for us," pitcher Mikey O'Brien told CBC's Marjorie Dowhos before Wednesday's game. 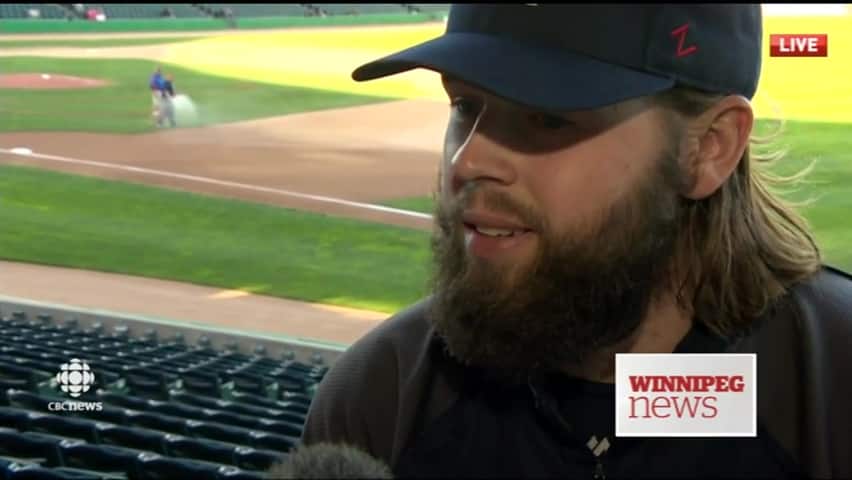 The Fish made it to the championship finals after defeating the St. Paul Saints on the final day of the regular season on Monday night.

Among those who have followed the hometown team to this point is Jim Busby, a Goldeyes season-ticket holder and superfan who drove all the way to St. Paul, Minn., to watch Monday's game.

"I enjoy baseball and especially the Goldeyes. I mean, they're our home team, right?" Busby said.

"So just being able to take part in the experience and to chat with the players and understand what's going on with the game, I really enjoy that. It's something that's really special and I do want to be a part of it." 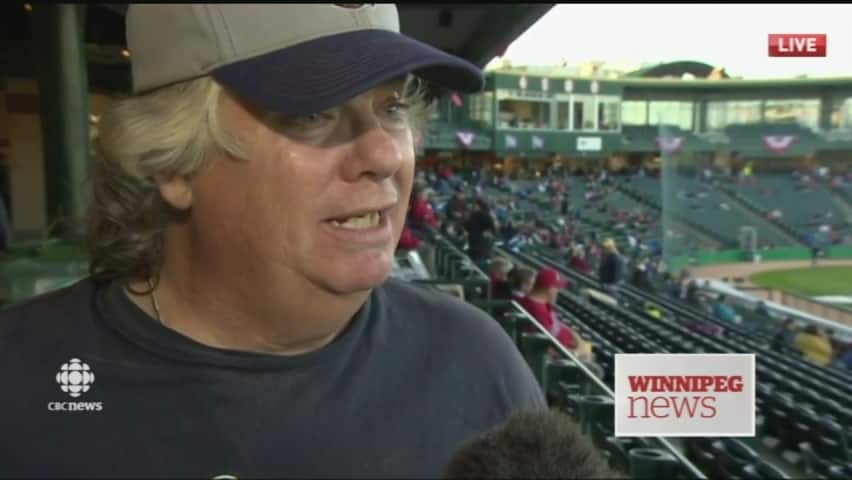 4 years ago
2:50
Jim Busby, a Winnipeg Goldeyes season-ticket holder, talks to the CBC's Marjorie Dowhos about the game that sent the team to the American Association Championship Series. 2:50

The last time the Goldeyes won the American Association Championships was in 2012, when they swept the Wingnuts in three games. The team previously won the Northern League title during its inaugural season in 1994.