The 1919 Winnipeg General Strike ended five days after the violent confrontation on Bloody Saturday, without any concessions being won by the workers and with many facing a bleak future.

Many strikers were blacklisted by employers and unable to find work

The 1919 Winnipeg General Strike ended quietly five days after the violent confrontation on Bloody Saturday, with no concessions won by the workers and with many facing a bleak future.

"First and foremost, the general strike was a large and difficult defeat for the workers involved," said Paul Moist, a Winnipegger and former national president of Canada's largest union, the Canadian Union of Public Employees.

Two men died, thousands of impoverished people lost their jobs and it would be decades before their sacrifices brought the rewards workers enjoy today.

Having won the strike, Winnipeg employers set about to crush the spirit that gave birth to such a unified labour movement, wrote Doug Smith in his book, Let Us Rise: An illustrated history of the Manitoba labour movement.

"They refused to rehire many strikers and many, particularly the most militant, found themselves blacklisted from their trades. Unions could not win guarantees that returning strikers would not be disciplined," he said.

Historian Sharon Reilly, former curator of social history at the Manitoba Museum, cited the story of a firefighter who was one day away from being eligible to receive his pension when the strike broke out.

He joined the movement and after went back in and asked to be reinstated for one day so he could get his pension.

In the face of both repression and depression, Winnipeg workers did not abandon the ideals held out by the general strike.- Doug Smith

Though he'd been paying into the Firefighters Benevolent Association for years, he lost both his job and his pension, Reilly said.

Close to 3,500 strikers lost their jobs, according to Smith.

Though the strike was quashed, the efforts by organized labour to bring attention to workers' concerns during the walkout were far from lost.

"In the face of both repression and depression, Winnipeg workers did not abandon the ideals held out by the general strike," Smith wrote.

And they refused to stop raising the banner for reform.

"They [labour leaders] won the hearts and minds of the vast majority of the general public and this support was not diminished by the manner in which the strike ended," said Moist, who is also a research associate with the Manitoba branch of the Canadian Centre for Policy Alternatives.

"Notwithstanding the vitriolic bashing by mainstream media, the public respected those who led the general strike."

From jail to government

In the 1920 provincial election, Manitoba's socialist and working-class groups came together to run a united campaign, resulting in 11 labour candidates being elected.

Three of the strike leaders were still in jail when they were elected.

"The public did not view them as criminals," Moist said. 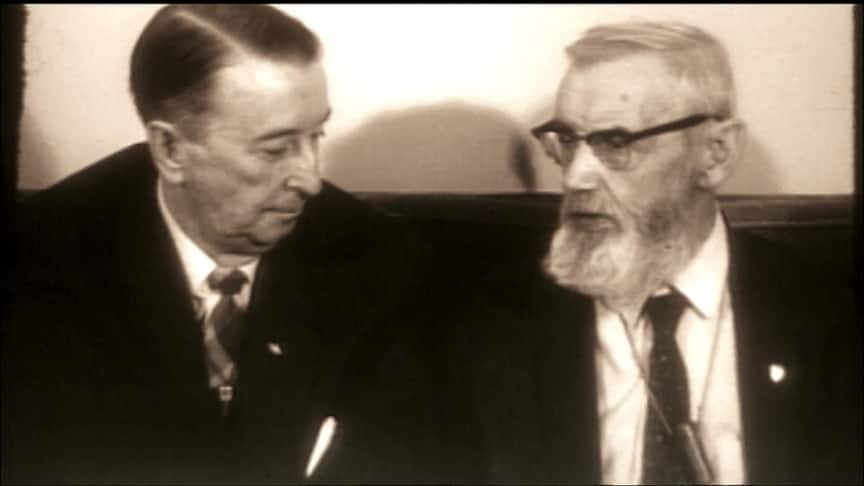 Labour candidates from Winnipeg enjoyed similar electoral success at the civic and federal levels, he said.

Meanwhile, the Conservatives, who held federal power in 1919, found themselves facing backlash.

They suffered a heavy defeat in the 1921 Canadian election, losing every one of their seats on the Prairies.

The incoming Liberal government pledged to work closer with labour and its concerns and, two years after the strike, Canada mandated its first minimum wage.

Having labour involved in municipal politics helped lead city council in 1930 to rescind the anti-union loyalty agreement, known as the "slave pact," that was forced on municipal workers in 1919.

Two years after that, the socialist Co-operative Commonwealth Federation —​ forerunner to today's NDP —​ was founded in part by some leaders from the general strike, including CCF leader James (J.S.) Woodsworth.

The strike also rooted the seeds of the modern union movement, many labour laws and workers' rights, health and safety legislation and collective bargaining.

"There is no doubt in my mind that because of the labour and political activism of the working class of Manitoba, a social conscience was nationally developed, resulting in a more civilized social welfare system in Canada," Dick Martin of the Manitoba Federation of Labour wrote in the foreword to Doug Smith's book.

"Basically, all of the rights that we enjoy today in the labour movement can be traced back to the Winnipeg strike," he told Anna Maria Tremonti, host of CBC's The Current.

Unfortunately, the strikers didn't get to enjoy any of the benefits they won for future generations.

And the ripple effect from the defeat was felt by workers across the country.

Strike activity and union membership plummeted over the next decade, Smith wrote.

Labour's successful participation in the political process … put the lie to any notion that the leaders of the general strike were out to overthrow the system —​ people don't run for office in systems they want to destroy.- Paul Moist

Records also show years of workplace friction between those who walked out and those who didn't, Reilly said.

In the middle were those who did strike but trickled back to work before the end because they couldn't survive without an income, she said.

But there were some immediate victories from the turmoil that should not be overlooked, Moist said.

"Labour's successful participation in the political process achieved two important outcomes. Firstly, it put the lie to any notion that the leaders of the general strike were out to overthrow the system —​ people don't run for office in systems they want to destroy," he said.

"The leaders of the 1919 general strike also established a political constant that has survived for a century in Manitoba: labour is still a force politically, and its vision for a more caring and sharing society enjoys widespread public support in the province."

While much has been gained, there are lingering problems, Reilly said.

"If you just look at the way women were treated in the workplace — paid less than men, treated in a very chauvinist manner and a very domineering manner by male supervisors — women are still fighting those issues today," she said.

The gender pay gap has decreased about 21 per cent in Canada since 1981, the Labour Force Survey reports, but women age 15 and older still earn just 87 cents for every dollar earned by men.

"Improvements have been made over the years, but it's not over yet," Reilly said.

Another significant issue "is that women are still subject to sexual harassment, sexual innuendo, gender harassment and so on," said Julie Guard, a history and labour studies professor at the University of Manitoba.

"The #MeToo movement really highlighted how quotidian, how normal and everyday this is — women just put up with this all the time. That's a serious problem."

"So there's a definite need for individuals to continue to organize ... to stand up and pursue a greater inclusively in the workplace."

Need for another general strike?

Considering those challenges, perhaps it's time to rekindle the idea of a general strike, Guard said.

"I think that would be great."

People need to be reawakened to the disparity in wealth, she said.

The 26 richest people in the world in 2018 had the same net worth as the poorest half of the world's population, some 3.8 billion people, according to Oxfam International.

"Ordinary working people need to object to this. They need to resist this trend," Guard said. "It's getting worse in our society and there's no sign that it will get better if we just rely on the mainstream political parties to fix it.

Over the past two decades or more, "powerful right-wing think tanks have bombarded us" with messages about the need for tax cuts, which only serve to further benefit the wealthy, she said.

"Taxes pay for the social services that lift us not just out of poverty but into a more prosperous life," she said, calling the right-wing message "an active program of disinformation.

"And the left has failed to respond with an adequate message."

A mass strike would draw attention but Guard doubts it will happen.

"We don't have class consciousness in the way that they had in 1919."

At that time, people were aware that they had common interests and were not afraid to call themselves working class, she said.

"That's what they were and they had no shame about that."

Now people like to think of themselves as middle class about to make it big, Guard said; they're less willing to walk away from what they have and risk it all for the betterment of a larger group.

Moist agreed that the strong connection people once enjoyed in the cause for a greater good seems broken.

"Labour in 1919 Winnipeg had its own daily newspaper. It had open air meetings attended by thousands. The result was a citizenry that was conscious of its class and aware of the issues of the day," he said.

"In today's digital age of unlimited information, one is left to wonder, how it is that labour's view of the world has so much less currency with the general public than it did 100 years ago?"