The original exhibit on the Winnipeg General Strike has been dismantled and will not be included in the new exhibition at the Canadian Museum of History, when it opens in 2017. 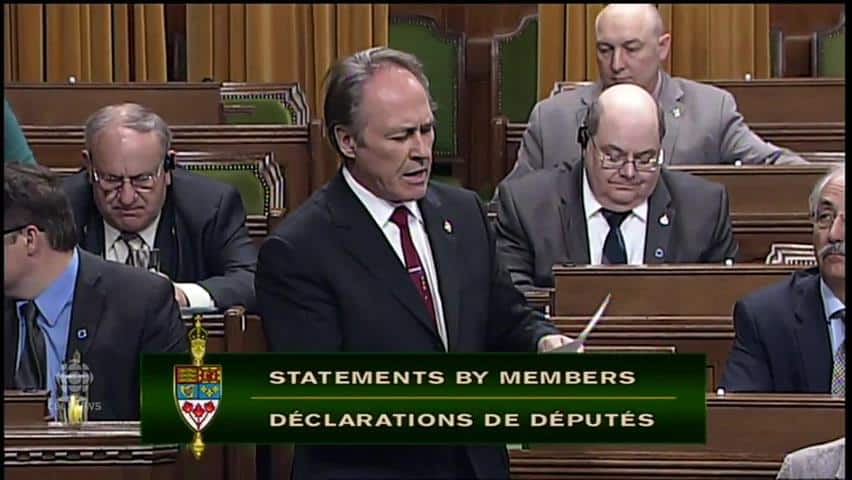 6 years ago
1:14
MP Pat Martin addressed the dismantling of the Winnipeg General Strike exhibit at the Canadian Museum of History during question period at Parliament on Tuesday. 1:14

The original exhibit on the Winnipeg General Strike has been dismantled and will not be included in the new exhibition at the Canadian Museum of History when it opens in 2017.

The museum, located in Gatineau, Que., is currently under renovation. It used to be called the Canadian Museum of Civilization.

The Union Hall exhibit recreated Room 10 of the James Street Labour Temple, which served as a main meeting room in Winnipeg leading up to the strike. It was one of many vignettes located in the museum's Canada Hall, designed to take museum goers on a trip back in time.

Chantal Schryer, the museum's vice-president of corporate affairs, said each exhibit has been removed to make way for a new exhibition that will be renamed the "Canadian History Hall."

"They are all gone, they were all removed at the same time," said Schryer. "Obviously all the artifacts that were in that exhibition, in the Canada Hall exhibition ... remain part of our collection and will be repurposed in the new exhibition."

Schryer said the strike will still have a place in the new exhibition, but couldn't provide more details.

"There will be three different galleries and the history of labour and the Winnipeg General Strike will be presented in the third gallery, which will focus on contemporary Canada and the place of Canada in the world." said Schryer.

"At this point, it's too premature for me to tell you how it's going to be presented."

'I'm very disappointed by it'

Nolan Reilly, professor of history and co-director of the Oral History Centre at the University of Winnipeg, isn't happy with the move.

"I'm not surprised, but I'm very disappointed by it," said Reilly.

He and his wife Sharon worked with the museum to create the original exhibit. Reilly said you would be hard pressed to find another national museum that devoted as much time and space to labour activities in Canada over the years.

"[That is] a special contribution that needs to be recognized, and it was," said Reilly. "But now, it's literally being torn out of the museum in the way one sees efforts to tear the labour movement out of Canada by the government."

Schryer estimated the total cost of recreating the Canadian History Hall will be about $28 million. The exhibition spans a 40-thousand-square-foot area and is set to open on July 1, 2017