A Winnipeg man says border officials in the United States treated him and his wife like terrorists over the weekend, with customs officers questioning him for seven hours and denying the couple and their four young children entry into the country.

'They took me for a terrorist,' Abdelkrim Boulhout says after being questioned by U.S. border guards 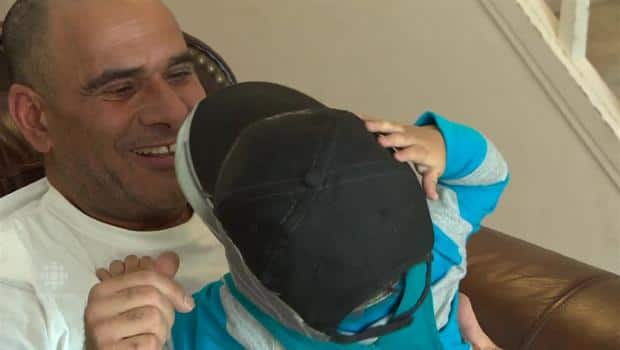 5 years ago
2:09
A Winnipeg man says border officials in the United States treated him and his wife like terrorists over the weekend, with customs officers questioning him for seven hours and denying the couple and their four young children entry into the country. 2:09

A Winnipeg man says border officials in the United States treated him and his wife like terrorists over the weekend, with customs officers questioning him for seven hours and denying the couple and their four young children entry into the country.

Abdelkrim Boulhout said what was supposed to be a family road trip to Grand Forks, N.D., was abruptly cut short at the American border on Saturday.

Boulhout said he was never given any explanation as to why he had to undergo questioning. He believes the incident was related to the fact that he and his family are Muslim.

"They took me for a terrorist, and I have every reason to believe that," he told CBC News on Tuesday.

"How did it make me feel when they asked my wife if she's armed? How can we be armed? We're going with kids … going over there. I never had a weapon in my life."

His wife, Syhem Khallout, said "I was just [feeling] afraid, what happened for my husband and for my family."

The Algerian-born couple are Canadian citizens and their children — age nine, eight, five and one — were born in Canada.

Boulhout, 53, said he came to Canada in 1987 and has worked for Canadian Pacific Railway for the past 22 years. Khallout has lived in the country for about 10 years.

Boulhout said he recently took on a second job as an electrician to earn enough money for him and his family to travel.

Khallout has never been to the United States before and their youngest son had his first birthday coming up, he said, so the family booked a stay at a Grand Forks hotel with a water park.

But he said when they arrived at the U.S. border crossing in Pembina, N.D., officials asked him and his wife if they have ever had trouble with the government or with the law. Customs officers also searched their van.

Boulhout said he has no criminal record, and he has travelled to the U.S. several times before. He added that his family went to Spain, Paris and the Netherlands this past summer.

Boulhout said after two hours of questioning, he told the U.S. border officer he wanted to go back to Canada, but the officer would not let him leave.

"I couldn't even walk freely outside by myself alone. I couldn't. The officer wouldn't let me," he said.

His wife and children were hungry and exhausted after hours of waiting, he said, adding that they were provided with water but no food.

"Seven hours, it's too much," Khallout said as she held her one-year-old on her lap. "I give him just water in a bottle for more than three hours."

In the end, Boulhout said he and his wife were asked to withdraw their request to enter the U.S. They were then allowed to drive back to Winnipeg, stopping at a pizza restaurant along the way to mark their son's birthday.

"I felt like I was a criminal, a terrorist," Boulhout said. "I'd been arrested, basically."

In a statement issued Monday, the agency told CBC News it denies entry to thousands of people for a variety of reasons, including improper travel documents, smuggling contraband or prohibited goods, criminal activity or history, past immigration-related violations and national security concerns.

"We recognize that there is an important balance to strike between securing our borders while facilitating the high volume of legitimate trade and travel that crosses our borders every day, and we strive to achieve that balance and show the world that the United States is a welcoming nation," the CBP's statement reads in part.

The agency said it offers food and drink to those who are in custody while they are being processed.