Winnipeg drivers hopeful ruling means their traffic tickets will be tossed, too

Kevin Yaworski has just over four months to go before he gets to fight a speeding ticket he got in March 2015. 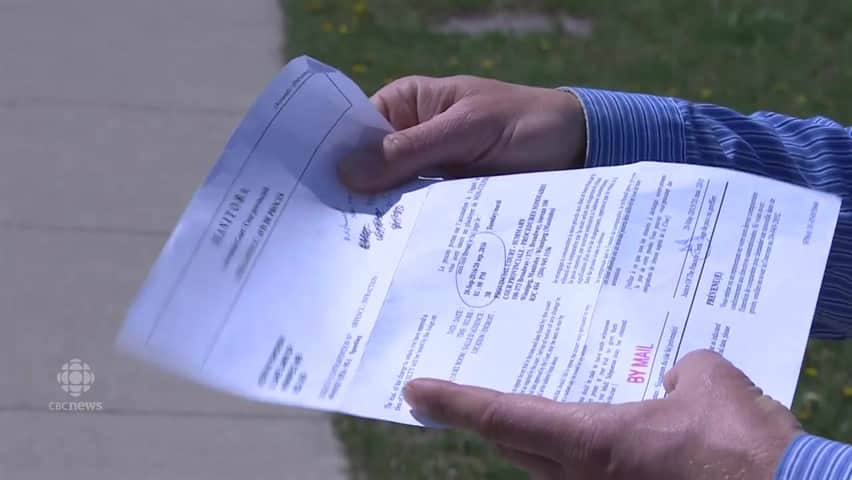 Winnipeg drivers hopeful ruling means their traffic tickets will be tossed, too

Kevin Yaworski has just over four months to go before he gets to fight a speeding ticket he got in March 2015.

His court date is set for September. The long delay is just one reason Yaworski believes he's got a fighting chance of getting his speeding ticket off the books.

A decision yesterday from Judge Mary Kate Harvie ruled that a woman's photo radar ticket from 2014 be dismissed due to an unreasonable delay. Yaworski is hoping the potentially precedent-setting ruling could apply to his traffic ticket as well.

"My court date was Sept. 20, 2016 which is over year, almost a year and a half, and I think that was unreasonable to try and remember all the details of what happened," he said.

Yaworski was travelling westbound on Meadowood Drive in St. Vital on March 11, 2015 in the school zone of Victor H. L. Wyatt School. When he passed the school he was pulled over for speeding and handed a ticket for $351.75.

Yaworski doesn't remember exactly how fast police told him he was driving but he says he was driving slowly enough that if someone suddenly appeared in front of him he would have been able to stop easily.

He said it's hard to remember the details so long after it happened.

"It's a simple traffic matter, right? It should be something that could be dealt with quickly in the courts because the courts are busy with much more important things," said Yaworski.

It's a sentiment echoed by Len Eastoe of Traffic Tickets Experts. The former police officer who helps drivers fight tickets says a delay in prosecution that long is unfair to both sides and that over time people's memories of events fade.

"The longer you wait for a trial date, the less memory you have of what took place," Eastoe said.

Eastoe said especially with photo radar tickets it can be an uphill battle as tickets come in the mail a few weeks later.

"If you're lucky enough to have that memory then you've got to remember it for almost two years in what's currently happening," said Eastoe. If the ruling survives any possible appeal, Eastoe said other drivers waiting to have their cases heard could win big, even if the ticket was not photo radar.

"There's got to be a number of thousands of tickets that are still pending in the courts especially photo enforcement tickets. But I think [the ruling] also reflects on other regular tickets that are handed out by the police so there's going to be thousands in the system that are probably affected by this decision."

Eastoe is calling on the new Progressive Conservative government to channel more of the revenues from traffic tickets to easing the backlog at courts.

Manitoba Attorney General Heather Stephanson said Thursday clearing the backlog of tickets in traffic court is a priority for the Tory government.

But she vowed more will be done and the big delays are not acceptable.

Stefanson said she needs a further briefing before new measures can be added, but says the government is open to ideas.