Quarantine has been pretty lonely for Lavenia Angutituar, who is holed up with her toddler in a Winnipeg hotel for two weeks before she can return home to Nunavut, but a local delivery service has provided some much needed comfort and connection.

Quarantine can get pretty lonely for Lavenia Angutituar, who is holed up with her toddler in a Winnipeg hotel for two weeks before she can return home to Nunavut, but a local delivery service has provided some much needed comfort and connection.

Since her two-year-old son Michael Jr. had dental work on Oct. 6, Angutituar has used the Inuit delivery service, named Angiut's Safe Ride in the City, for snacks and essentials.

"Us people in isolation can't go out and [it's] only them getting things for us, what we need," she said. "It's making us more happier"

Angutituar is among 242 travellers in Winnipeg for medical appointments from Nunavut, according to the territory's department of health, who are required to isolate in a hotel for two weeks before they return home. The regulations are part of the territorial government's efforts to keep Nunavut's COVID-19 case count at zero.

Angiut's Safe Ride in the City began as a safe cab service for Inuit in Winnipeg on medical trips, but after the pandemic, it evolved into a delivery service to better meet their needs. 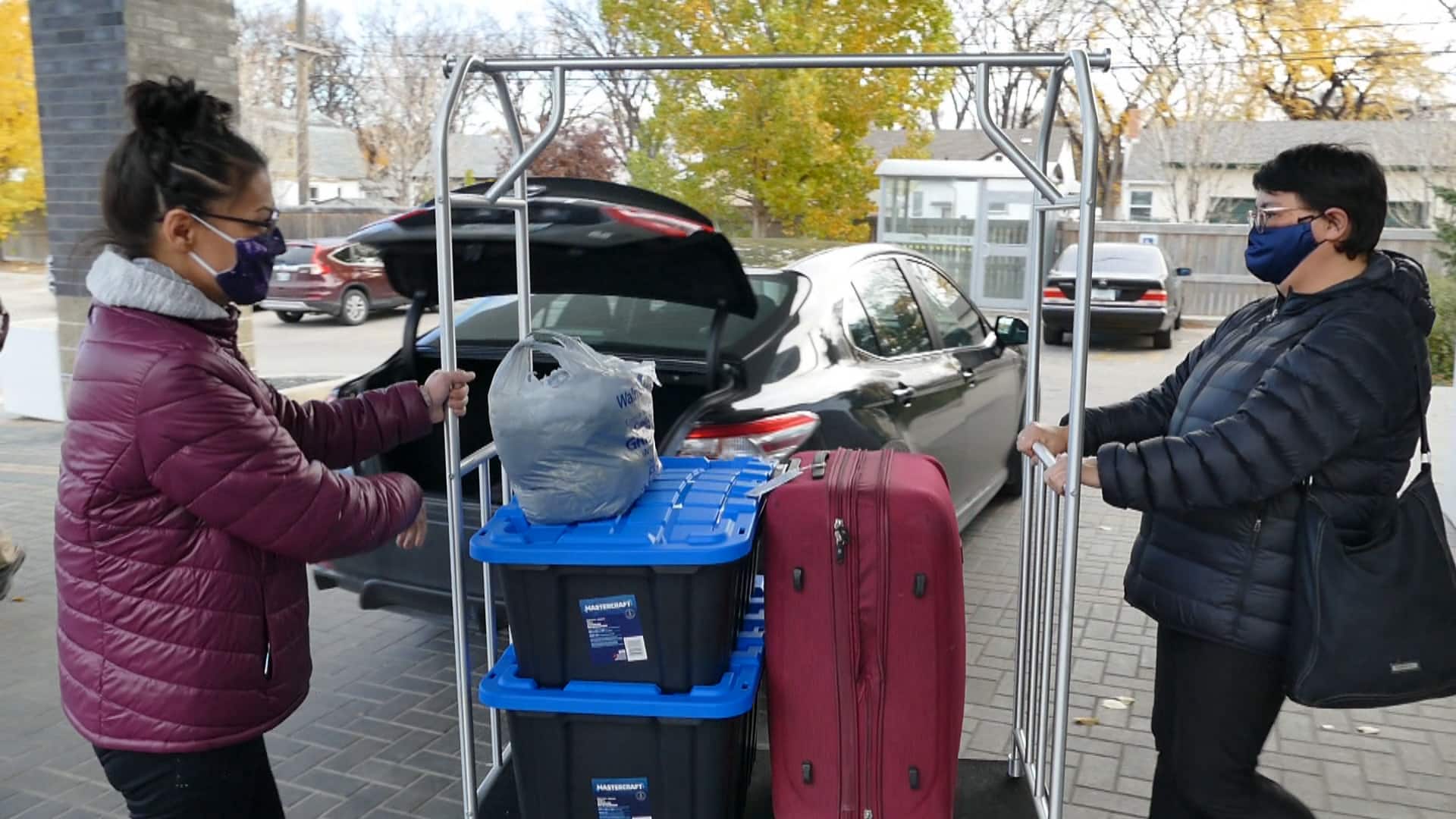 1 month agoVideo
2:51
Winnipeg delivery service, Angiut's Safe Ride in the City, is helping people quarantining in Winnipeg hotels get the essentials before they return to Nunavut. 2:51

"We're really busy, it's very demanding," laughs Pauline Krause, who is also originally from Whale Cove, Nunavut. She moved to Winnipeg four years ago to be with her husband and business partner Albert Krause, who is from Steinbach.

From morning until night, they use Facebook to connect with people and make snack, cigarette and supply runs for those in quarantine. The couple charges between $10 to $20 per trip, though it's not about the money for them, and it isn't profitable yet anyway.

"At a young age, in my culture, we were taught the value of being there for one another. And It's just nature to me that I wanna help out my people that are here," she said.

From ride service to deliveries

Prior to the pandemic, Angiut's Safe Ride in the City provided more than a thousand rides to Inuit staying in Winnipeg on medical trips.

Since March, they say they've made hundreds of deliveries to residents who are completing their 14-day isolation period in two Winnipeg hotels. Money and items are exchanged via envelopes in the lobby on a table monitored by security.

"We just want to be there for them, help them out. First and foremost, it's the safety for them. Just to be safe down here and get back home safe. That's the whole meaning of our business ... It's more like looking out for Inuuqatiks, I say, my people."

Pauline speaks Inuktitut to everyone who reaches out to them, as it's her first language too, and says it makes her feel "at home." After their car recently broke down, Albert started making the delivery runs on foot, but that hasn't deterred them.

"Eventually we want to make this full-time. We love what we're doing. We want to continue doing this for as long as we can. We're very passionate about it. So it's very important," said Pauline.

Since March 24 when the travel ban was imposed, 1,956 travellers have completed isolation in Winnipeg, according to a spokesperson for Nunavut's department of health. The territory has spent $22 million so far on its quarantine centres in Winnipeg, Edmonton and Ottawa.

Nunavut's government has strict regulations to prevent the virus from entering. Residents are not able to return home until they have a signed letter from the territory's chief medical officer of health — based on a report from the public health nurse — confirming they've completed the 14-day isolation.

Although those in isolation get meal vouchers, they can't leave the hotel premises or come into contact with anyone else, something Pauline understands to be both challenging and necessary.

"Nunavut is doing everything it can to keep it COVID-free. So it is very important to do the 14-day isolation here. I myself am going to do the isolation starting today because I'm going to go visit up north," she said.

Whale Cove is a remote hamlet about 75 kilometers southwest of Rankin Inlet in the Kivalliq Region of Nunavut. The area — named for the beluga whales which gather off the coast and sustain the residents who live there —  had fewer than 500 residents, according to the 2016 census.

"Everybody knows everybody. Everybody that comes down here knows me well enough that they can trust me and my husband."

"They helped us a lot with what we wanted," agreed Donalda Malla, who returns home to Arviat, Nunavut, today after isolating at the same hotel for two weeks. She came to Winnipeg for a medical appointment, and during her isolation period, Albert made four trips for her, bringing her tea, crackers and items from Walmart.

"Thank you very much to them. Thank you to them for a great idea to help people that can't go shopping while isolating at the hotel."

The pandemic has been hard on the Krauses and their business, and they have to find a new vehicle, but they're glad to be making a difference.

"It means everything. Me and my husband, we're very passionate of what we do here. It's not about ... I wish I could say it's about the money but it's really not. It's really about being there for them," said Pauline.

"I just hope we're able to expand and succeed."