The City of Winnipeg says it's taking more time to sort out its organic waste collection plan, which was supposed to be running by next year, but some residents want the city to start picking up organics now. 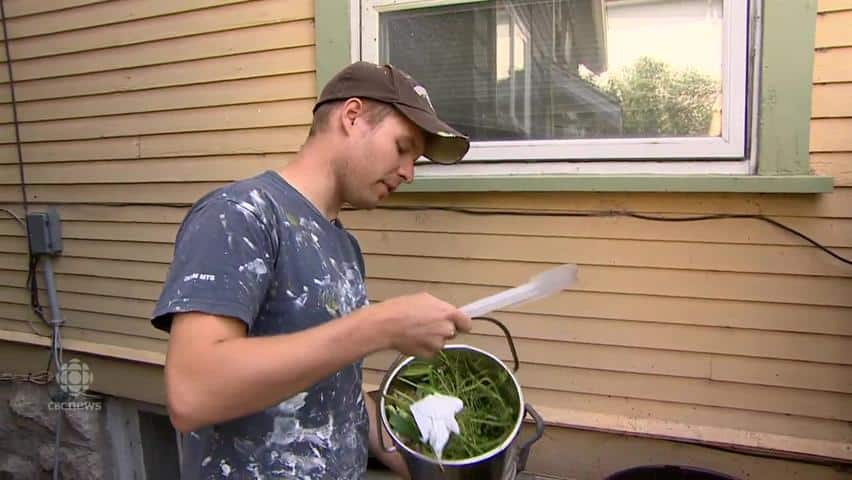 5 years agoVideo
2:04
The City of Winnipeg says it's taking more time to sort out its organic waste collection plan, which was supposed to be running by next year, but some residents want the city to start picking up organics now. 2:04

The City of Winnipeg says it's taking more time to sort out its organic waste collection plan, which was supposed to be running by next year, but some residents want the city to start picking up organics now.

The city's pilot project to pick up kitchen scraps and other organic waste for composting was supposed to launch across the city by 2016, but officials now won't say when it will happen.

Randy Park, the city's acting manager of solid waste services, says the program's goal is to divert organics from landfills, but staff want to talk to residents first.

"To have a successful program, we need public acceptance. We have to address all the residents' concerns. If we have to extend public consultation, we think it's a necessary step," he told CBC News on Wednesday.

"We really need to know what the program's going to collect, what type of collection methods we're going to use, the processing methods, and to develop an extensive education program to ensure the success of the program. So something like that does take time."

The idea of a curbside kitchen organic waste collection program was included in an overhaul of the city's garbage collection system, which was passed by council in 2011.

Park admitted that 40 per cent of what's being dumped in Winnipeg's landfill could be diverted if organic waste is collected separately.

At the same time, he said the city is ahead of targets to reduce overall waste, noting that yard waste pickup has already reduced the city's garbage by almost one third.

Public to be consulted next month

The city plans to consult the public at a meeting next month.

But some residents, like Gabrielle Plenert in Wolseley, say the city should start the program now.

"I think we need to have that ASAP. I think people are ready and ... it gives an opportunity too for businesses and for bigger companies to also compost," she said.

Plenart said she believes bureaucracy may be getting in the way of more efficient garbage and recycling collection.

Meanwhile, Paul Figsby and his wife compost all the waste from the kitchen as part of their challenge to generate as close to "zero waste" as possible.

"The City of Toronto has had a solid waste program that's really great for over 10 years, where people had to compost," he said. "They have one of the best landfill diversion rates in the country."

As for what he would recommend for Winnipeg, Figsby said it's important to educate people about how to compost effectively.

"I would say providing bins free of charge, or at a great subsidy, would be a really great first step," he said.

"I would also say that they should look to other cities that have a similar climate and learn from what they've done."

Figsby, who teaches Grades 5-6 at Shamrock School, said he plans to teach his students about composting this academic year.

"If we can get an effective composting facility running for all of the organic waste in Winnipeg, you know, it benefits everybody, right? It creates jobs, it creates an end product that is place-based, so we're manufacturing it here in Winnipeg and distributing it locally…. I think it's a win-win," she said.

"If green innovation is what it takes to get people on board for, you know, environmental initiatives, then this is a good one. It's a low-hanging fruit."

Feschuk said according to figures from the United States, it costs about half as much to dispose of organics than it does to take garbage to a landfill.

Composting is already a "pretty big business" in the U.S., where there is a demand for finished compost material, she added.

"The end product, I mean, it's something that's in demand for a lot of different sectors," Feschuk said.