Winnipeg media are getting their first look at the newly expanded RBC Convention Centre.

Addition built on parking lot across from existing building, linked over York Avenue 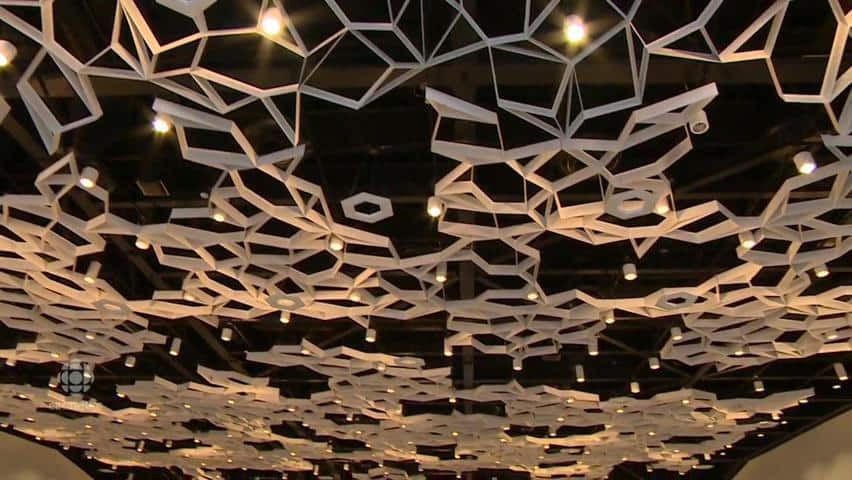 A first look at the newly expanded RBC Convention Centre

5 years ago
0:42
The finishing touches are still being put on the $180-million project, which nearly doubles the Convention Centre's size 0:42

Winnipeg media are getting their first look at the newly expanded RBC Convention Centre.

The finishing touches are still being put on the $180-million project, which nearly doubled the centre's size from 492,000 square feet to 832,000 square feet, but reporters were given a walk-through on Thursday.

Construction on the addition, built on a parking lot across from the existing building and linked above York Avenue to the older building, started at the end of 2012.

The expansion provides an additional 131,000 square feet of exhibition space on the third floor, which can now accommodate 680-plus exhibit booths.

In the centre of the third floor — the part spanning York — is the City View Room, which features floor-to-ceiling windows on the east and west sides.

Premier Greg Selinger said the expansion makes good use of the old building and is an appropriate addition to the city.

"I think it's a building that's very much in character with being a Prairie city," he said. "There's a real strong Prairie theme here. You can see it with the way the ceiling has been done — the use of woods [and] the use of the colours that reflect the Prairie landscape," he said.

Critics have said putting public money into a planned attached hotel that competes with the rest of the industry is unfair, but Selinger said the expansion will attract more business to local hotels.

"If there was an additional hotel in town, I'm informed that it will be full as well," he said. "So when you attract events here, that's a win for all the hotels, and we saw that with FIFA World Cup, we're going to see that with the Grey Cup."

He noted tourism is up 58 per cent this year.