Cannabis clinics that require patients to pay a fee to see a doctor are in breach of provincial and federal rules banning extra billing if that same doctor also bills the province for visits.

Winnipeg cannabis clinics that require patients to pay a fee to see a doctor may be in breach of provincial and federal rules banning extra billing if that same doctor also bills the province for visits.

Delta 9 Lifestyle and CannaConnect, two Winnipeg cannabis clinics, charge patients a fee before they can see a doctor for a cannabis authorization form, which allows them to use cannabis for medical purposes under federal regulations.

"With any new field you will always have some physicians that will try their luck at bending the rules of the system to see what happens," said Damien Contandriopoulos, a University of Victoria professor of nursing and expert on physician billing.

"People who need to go often to the doctor or people with low income have a significant restriction in their access to the health-care system. Overall this is unfair and it's also counterproductive."

Delta 9 Lifestyle requires patients to pay $75 on top of a $25 annual membership fee before they can meet with doctors. It costs $30 for any additional visits with doctors where they sign new authorization forms.

Natural Health Services and National Access Cannabis in Winnipeg set up visits with doctors at no charge to the patient.

Until October, when marijuana use is legalized, Canadians who want pot from a licensed producer need a health practitioner (such as a family doctor) or nurse practitioner to sign Health Canada's medical cannabis authorization form.

The company asks patients to bring a valid provincial health card to their visit.

CannaConnect declined CBC's request for an interview and CEO Lee Grossman declined to tell CBC whether doctors bill the province for visits or whether they have opted out entirely from the public system.

A spokesperson for Manitoba Health requested CBC file a freedom of information request for billing records at the clinic to find out whether physicians there bill the province for their time.

Arbuthnot said his company has lost hundreds of thousands of dollars since it opened its clinic last fall and uses the fees to cover overhead costs.

However, Contandriopoulos, who recently led a three-year study for the Quebec government on physician billing, dismissed that reasoning.

"Overheads are a non-starter in terms of explaining why patients should pay," said Contandriopoulos.

Roughly 30 per cent of the fee received by the physician from the province for out-of-hospital visits is expected to cover overhead, such as receptionist salaries, computers and building operations, he said.

Feds could hold back transfer money

Health Canada said in a written statement it's aware of varying approaches to medical cannabis and plans to discuss the fees with the "jurisdictions concerned."

The health agency later said all jurisdictions in Canada will be contacted about fees at cannabis clinics.

In general, patients should not have to pay extra when physicians bill the provincial health plan, Maryse Durette, spokesperson for Health Canada, wrote in an email to CBC News.

"If paying for a medical assessment for access to medical cannabis is a barrier, naturally we would be concerned," wrote Durette.

The federal department urges patients who feel inappropriately charged to complain to their provincial college of physicians and surgeons.

"It doesn't comply with the requirements under the Canada Health Act," said Colleen Flood, a law professor and director of the University of Ottawa's Centre for Health Law, Policy and Ethics.

"That, in my view, amounts to extra billing."

Manitoba explicitly prohibits doctors from billing patients extra on top of what they receive from the provincial health plan. Colleges, like the College of Physicians and Surgeons of Manitoba, enforce the rules.

The Manitoba college refused to tell CBC whether any complaints have been lodged against cannabis clinics, stating any answer would be confidential.

The office of Kelvin Goertzen, Manitoba's minister of health, said in a written statement Goertzen plans to bring cannabis clinic fees up during a meeting with his provincial, territorial and federal counterparts on June 28 and 29 in Winnipeg.

Took money 'from my pocket' for fee: patient

Winnipeg's Camrin Denorer began smoking medical marijuana soon after a 2016 hit and run left him with serious back pain.

He paid $200 for his first meeting with a doctor at CannaConnect in late 2016. He said he felt aggravated learning some clinics do not charge patients to see doctors.

"I took out money from my pocket [for things] like our groceries, and we get very little as it is," said Denorer.

The 27-year-old, his fiancée and two children live in a basement apartment in Winnipeg's Central Park neighbourhood.

The family gets by with government support as well as help from food banks. Smoking a couple of grams of marijuana a day helps lessen his pain and relax his muscles, Denorer said.

Though doctors have recommended painkillers, he has refused to take them.

"I've witnessed other people, coming in and out of my life growing up as a child, that would abuse prescription medications or they were just addicted to it."

Nearly 270,000 Canadians are currently using medical marijuana, according to Health Canada. Even after legalization of recreational cannabis use later this year, Delta 9's Arbuthnot believes a market for medical cannabis will continue.

Following legalization, medical authorization will still be — at least initially — the only way Canadians can access edibles legally.

At the Delta 9 Lifestyle clinic in Winnipeg's Osborne Village, two doctors see up to 200 patients a month, some as young as five, he said.

The names of the two doctors who work at the clinic are secret, except to patients, because no physicians want to be labelled as a "pot doctor," said Arbuthnot.

"We feel the issue here is not that clinics are charging for necessary services, the issue is that governments and health organizations have continually shirked their responsibility to adequately educate doctors and fund these products and services for patients," Arbuthnot said in a written statement.

Filling the marijuana gap in Manitoba's medical system is part of the reason they keep the clinic open, despite losses, he said.

"A lot of physicians are not educated, not comfortable with signing [cannabis prescriptions]," Arbuthnot said.

Before seeing the doctor provided by CannaConnect, Denorer said he was unable to convince a physician he needed marijuana for his pain. He said he felt judged just asking.

"Even with the charge there, it was still a great experience," he said of CannaConnect. "My dad used to tell me, not everything in life is free. Sometimes you have to pay." 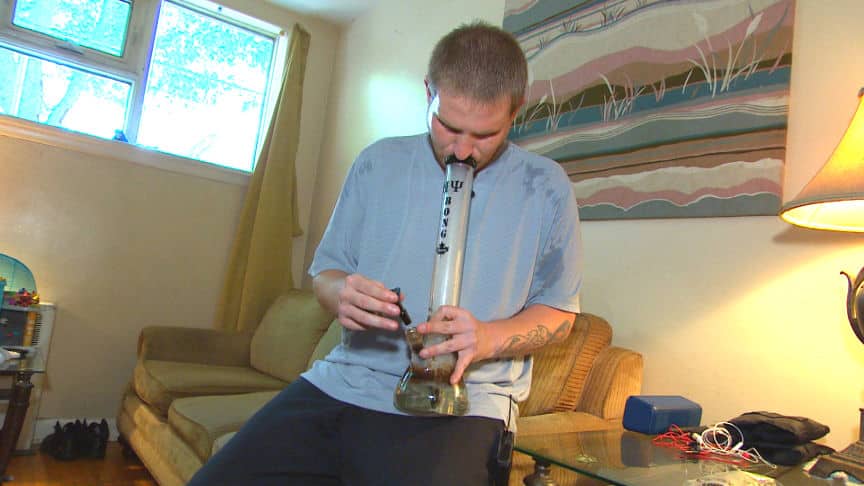 3 years agoVideo
2:39
Winnipeg cannabis clinics that require patients to pay a fee to see a doctor may be in breach of provincial and federal rules banning extra billing if that same doctor also bills the province for visits. 2:39

Are you a physician or nurse practitioner willing to talk about prescribing medical marijuana? Contact CBC reporter Laura Glowacki at laura.glowacki@cbc.ca.