The Winnipeg Blue Bombers are travelling throughout rural Manitoba this week with a message for students to kick bullying. 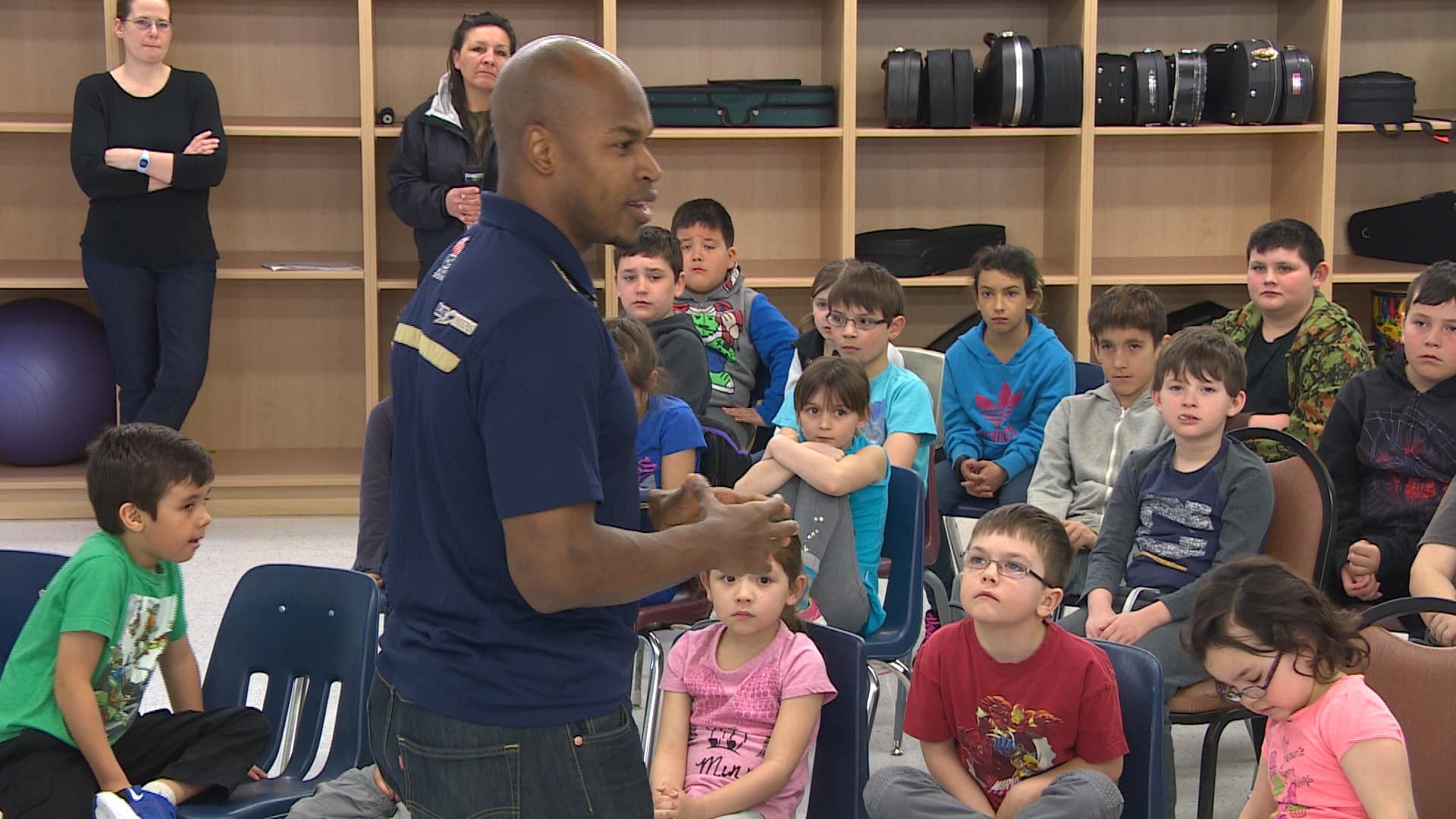 5 years agoVideo
1:55
The Winnipeg Blue Bombers are travelling throughout rural Manitoba this week with a message for students to kick bullying. 1:55

The Winnipeg Blue Bombers are travelling throughout rural Manitoba this week with a message for students to kick bullying.

The new 'Bombers Tackle Bullying' initiative is a partnership with the Canadian Red Cross program 'Beyond the Hurt'. The Red Cross program is based on the concept that all youth have a role to play in preventing bullying.

Defensive back Matt Bucknor and centre Matthias Goossen are spending three days touring six different schools this week and will spend a few days in April touring a total of 10 schools, sharing their personal stories and connecting with young students to encourage them to be a part of the solution to stop bullying in schools.

For Bucknor, who grew up in Hamilton, Ontario, he doesn't remember having anyone talk to him about bullying in school.

"These are things that I know when I was young, I wasn't really thinking about." Bucknor said. He shared a story from his childhood with the students of a time when he and friends were excluding another friend from their group and even to this day he can't recall why they were doing it.

"A lot of kids, they do things, they follow the crowd. It's the same patterns from when I was young, happening now. Just kind of sharing that story with them I think it's something a lot of the kids can relate too." Bucknor said, adding a key part of his personal message is that it is important that kids know that they don't have to be best friends with everyone but that they do have to respect everybody.

Goossen, the Winnipeg Blue Bombers 2014 second overall draft pick, at over 300 pounds could be pretty intimidating for elementary school kids.

But the centre relishes the chance to get out in the community and represent the team.

"It's one thing to go sign autographs at a carnival or something but this is a lot more important. We can actually use what we speak about to make an impact. It's important to be out in the community making a positive impact with the position we are in right now,' Goossen said.