'Monumental' exhibit brings a working halfpipe into the WAG

A working halfpipe, complete with a handful of skateboarders zooming across it, will be in the WAG Friday night. The exhibit will be on display for the next several months. 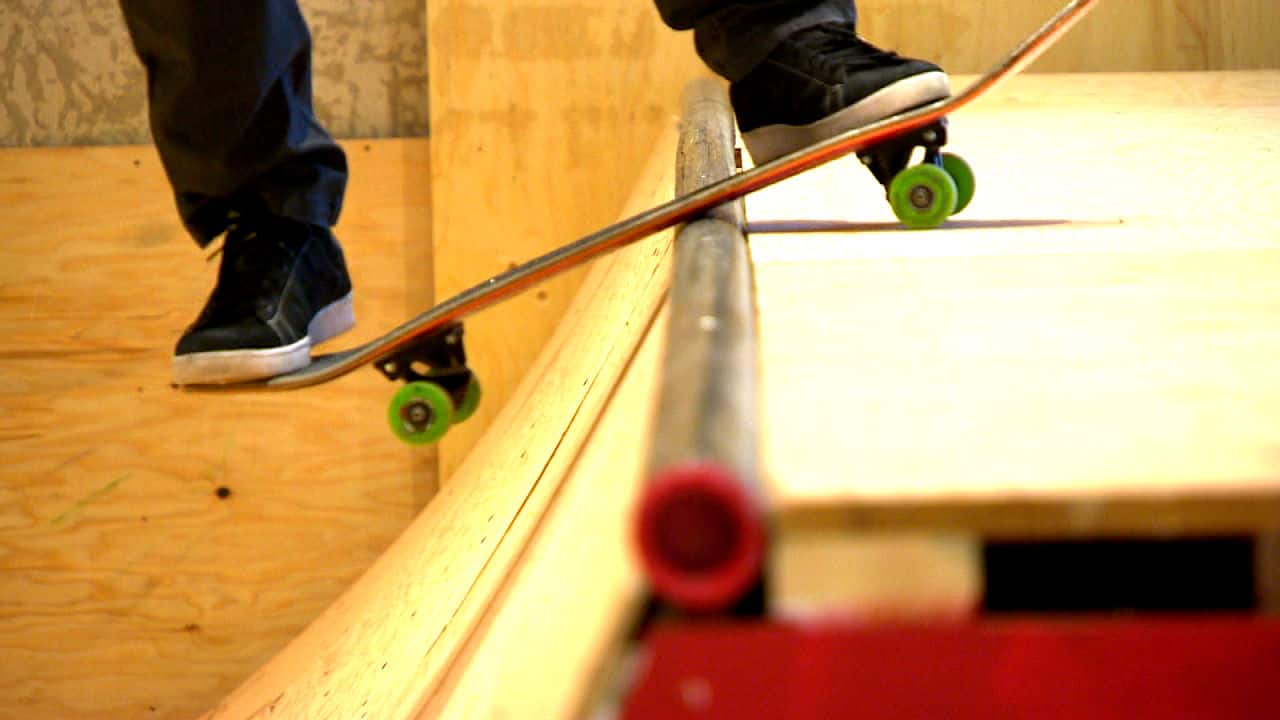 Boarding exhibit at the WAG

4 years ago
1:03
The Winnipeg Art Gallery is opening two Indigenous art exhibits all focused on the artists' relationship to the land through snowboarding, skateboarding and surfing. 1:03

The normally-tranquil foyer of the Winnipeg Art Gallery was alive with unfamiliar sounds on Friday.

The rolling sound of hard plastic wheels on wood and the clicks and cracks of skateboard decks hitting rubber ledges echoed off the cool stone walls as a handful of Winnipeg skateboarders zoomed across an enormous wooden halfpipe set up in the corner of the room.

There's also a tiny version of the WAG itself set up with grind rails on the edges sitting in the middle of a brightly graphic mural on the floor.

It's all part of a pair of new exhibits, Boarder X and Vernon Ah Kee: Cantchant, showcasing Indigenous art connected to skateboarding, snowboarding and surfing from across Canada and Australia.

"I think that skateboarding is very performative and very creative, in that they're looking at the urban landscape through a completely different lens and they're looking through it in ways to use the space, ways to respond to the space that it wasn't intended for."

Cantchant is the work of Indigenous Australian artist Vernon Ah Kee, featuring painted surfboards suspended from the ceiling inspired by white protests against Lebanese immigrants in Sydney and Cronulla in Australia in 2005.

Jordan Bennett, a Mi'kmaq artist from Newfoundland and Labrador, has pieces in Boarder X.

His brightly-painted yellow cedar carvings explore the histories of the Mi'kmaq and Beothuk peoples and Bennett's experience of the land he grew up in through skateboarding and longboarding.

"One of the pieces I have here, Guidelines: the Basket Ladies, is about talking to my relatives, talking to my great-aunt and great-uncle, and hearing stories from community and relating that to who I am as an Indigenous person and who I am as a Mi'kmaq man," he said.

"Times have changed and as Indigenous people, we change as well, our customs, our traditions. We create new customs and new traditions to adapt to our everyday."

"To have this open to the community so people can come through and experience it, it's going to be unreal," he said.

The Boarder X exhibit and Vernon Ah Kee: Cantchant open to the public on Saturday, and will remain open until spring 2017. The public can attend a skateboard showcase on Friday night from 7 to 10 p.m.