Winkler's weekly community meal brings together people from all walks of life.

Marian Hildebrand takes a moment away from stirring pots and serving plates to buzz around, greeting people and picking up babies for a quick cuddle, before heading back to clean dishes.

She's one of dozens of volunteers in Winkler, Man., who prepare vats of pasta or soup, huge bowls of salad and large trays of dessert to serve 100s of community members every Monday.

"We call it a community meal because we want everyone in the community to feel welcome here," she said.

"There is no stigma attached. There is no criteria. It's whoever wants to come."

Hildebrand is the kitchen manager for Cafe 545, a free community meal for anyone who needs or wants a hot meal and time to visit with their neighbours.

It's served every Monday at Central Station, a community centre at 545 Industrial Ave. (hence the name) that helps people meet their basic needs in the small city of Winkler, about 100 kilometres southwest of Winnipeg.

Hildebrand has headed up the kitchen since Café 545 started six years ago, and works with a dedicated group of volunteers.

Their mandate is to build relationships through food, and it seems to be working.

Hildebrand calls the other volunteers and the people who come to dine "a second family."

When Cafe 545 started six years ago, only a few dozen people attended the meals. Since then, that number has mushroomed, Hildebrand said, and it's all through word of mouth.

"It's a place where people feel safe and comfortable, so we are now serving an average of 300 people every Monday. Sometimes it goes up to 350 on a bigger day. We're getting ready for our Christmas meal in two weeks, and we're anticipating 500 people for that meal."

The food is paid for with donations or given by local grocers and farmers.

"We are in a very generous community where people love to give," Hildebrand said.

Philemon Beghela moved to Winkler from Congo, also known as Congo-Kinshasa, in 2013, and said the meals feel like home.

"It was very meaningful for me, because it was like bringing me back to the African tradition. I was happy I found this — it's what do we do in Africa," he said.

Although many of the people who stop by for dinner are new to Manitoba, others come because they've fallen on hard times and can't always put food on the table, or they're just looking for new friends.

Scott Sitompul moved to Winkler earlier this year, but lived in neighbouring Morden before that. He thinks this community meal is a good way to make friends.

"Oh, they're so friendly, so kind and just caring, and you can just talk so easily to everyone," he said.

"I think this is huge. A lot of families probably can't always put a meal on the table. They can come here and get it free, and it's just really good food."

Ruth Ens volunteers her time and donates money to Cafe 545, but she also sits down to eat with the people she's serving.

It's a good way to meet new people she often sees around town.

"You become acquainted with so many different people," she said.

"And when I run into them at the, maybe another store somewhere or at the thrift store, I can greet them. I can say hello, I met you at the community meal, at Cafe 545."

Hildebrand sees friendships form through the meal — including her own.

"My friends base is 90 per cent the people I meet here," she said.

"I started going out for coffee with some of them and meeting them at their home, and I introduce other members of the community to them... Friends become family." 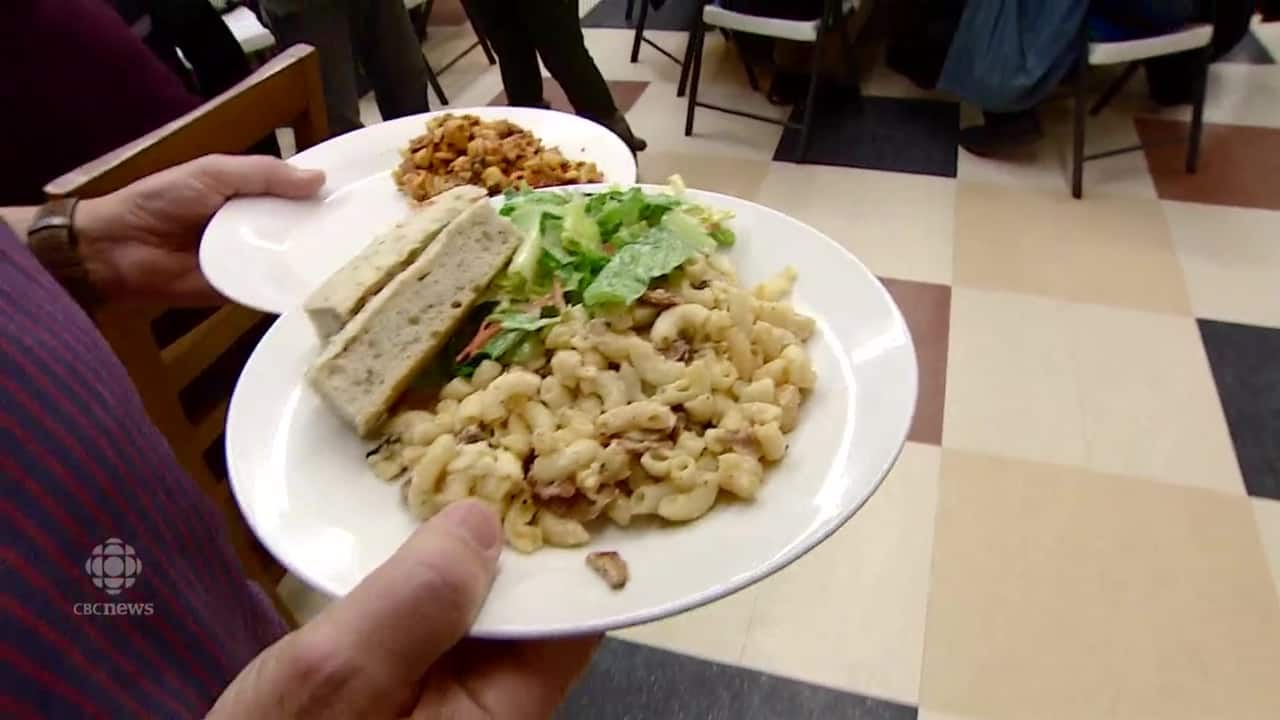 Bringing a town together through food

This story was gathered as part of CBC's pop-up bureau in Morden and Winkler. CBC was in the two communities Dec. 9-13. Have a story idea? Email Rachel Bergen.