Mighty winds cause havoc in Manitoba, knock power out for thousands

Powerful wind gusts across Manitoba are being blamed for ripping down trees, tearing up shingles, and leaving thousands of people without power.

Flames fanned by weather near Camperville and Grand Beach

Powerful wind gusts across Manitoba ripped down trees, tore up shingles and left thousands of people without power on Wednesday.

Manitoba Hydro crews were scrambling around the province Wednesday to restore electricity where power lines were snapped by the wind or falling tree limbs.

<a href="https://twitter.com/hashtag/mboutage?src=hash&amp;ref_src=twsrc%5Etfw">#mboutage</a> Parklands crews working on restoration/emergency calls through the night from outages caused by high winds/downed lines.

Hydro also said there would be overnight outages around Wasagamack and St. Theresa Point First Nations. Crews were unable to fly to the area because of high winds to do repairs.

The lights went out in St. Andrews for the second time Wednesday afternoon, affecting nearly 1,000 customers. Winnipeg's River Heights residents were powerless for a several hours from around 9 a.m. until shortly after 1 p.m.

Hydro has been burning up Twitter with messages about the outages and warnings to people to steer clear of downed lines.

The most up-to-date information on power outages and locations can be found on the Manitoba Hydro website.

Police also blocked parts of an intersection in Winnipeg's Exchange District Wednesday afternoon after sheet metal blew off the rooftop of the Finch Gallery Workspace at the corner of Princess Street and McDermot Avenue.

A part of the roof, along with its edging, was left dangling from the building. That prompted police to block pedestrians from using the sidewalk. Manitoba Hydro crews attended too, to watch for the possibility of debris falling on power lines.

"I just heard a big bang about 15 minutes ago and I think the firefighters are up there now," Finch Gallery Workspace's Dani Finch told CBC News early Wednesday afternoon. "I think one piece of tin that was hanging off the building is now on the ground."

Police said there have been no reports of any injuries from the debris.

The weather system that brought the wind is the same one that shoved its way through Alberta and Saskatchewan Tuesday, leaving a catalogue of damage in its wake.

At about 2:30 Wednesday, Environment Canada lifted its wind warning for several regions of western and southern Manitoba, including the city of Winnipeg. By Wednesday evening, all of the warnings had been lifted as the system left the province.

The same system also caused blizzard warnings in Manitoba's far north. The region did get some snow but the warnings were lifted by Wednesday night.

Meanwhile, the wind fuelled flames in parts of southern and central Manitoba.

Fire crews brought a blaze in Bélair Provincial Forest, near Grand Beach Provincial Park, under control, while the town of Camperville — 315 kilometres northwest of Winnipeg — was anxiously watching a grass fire rage just across Pine River from their community before it was brought under control in the late afternoon.

A provincial spokesperson said there were a significant number of fire calls being handled by local fire departments and the province is providing assistance when requested.

A grass fire near Langruth was putting about six structures at risk, the spokesperson said around 4:30 p.m., and provincial water bombers were helping local fire departments battle the blaze.

Officials said Langruth was not going to be evacuated because of the fire, but that could change. More information is available on the municipality's website.

A wild fire burning in the Big Grass Marsh area around Westlake and Gladstone was under control, officials said around 5:30 p.m. But smoke led to low visibility and Highway 50 was closed from the corner of Provincial Road 265 north for about 10 kilometres. Provincial Road 265 was also closed west of the highway for 20 kilometres.

Helicopters were also dropping water on a fire near Peguis First Nation and RCMP and volunteer firefighters were monitoring a fire near Lake Manitoba First Nation on Wednesday evening that was being fuelled by the strong winds. 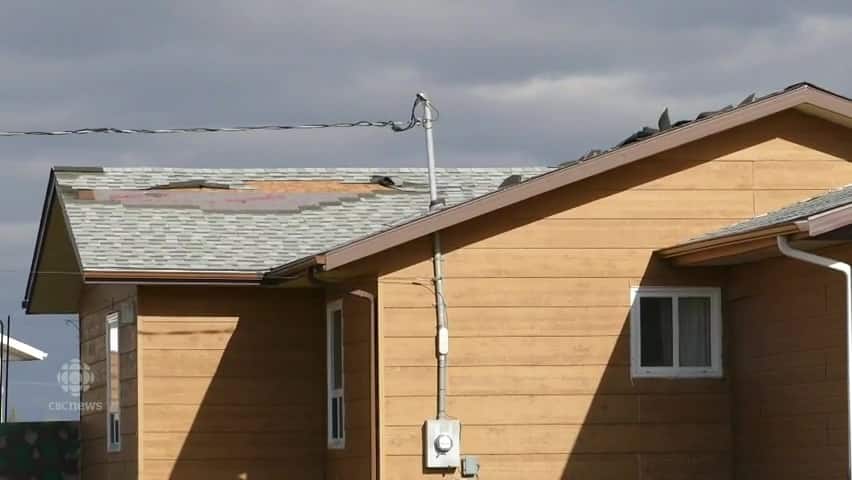 Mighty winds cause havoc in Manitoba