The Immigration and Refugee Board is clearing about 160 claims per month using an expedited process that eliminates the need for hearings in straightforward refugee claims for people from seven countries.

The Immigration and Refugee Board is clearing about 160 claims per month using an expedited process that eliminates the need for hearings in straightforward refugee claims for people from seven countries.

It's a "win-win situation" – for the IRB, which is already facing a backlog of refugee claims as a result of the flood of asylum seekers walking over the border this year – and for the people filing those claims, says Winnipeg lawyer Alastair Clarke.

"For the claimant, they essentially get two kicks at the can and they potentially have an early positive decision. Secondly, for the tribunal, because they save resources. They don't have to have a hearing, they don't have to expend additional time to hear oral evidence, and they can review a case based only on the documents," Clarke said.

"Our job is to do our best to make sure all the potential issues are dealt with in the supporting documents. And once it gets to an adjudicator, it's up to him or her to decide whether or not what we've submitted is sufficient to meet the test."

Refugee claimants from Afghanistan, Burundi, Egypt, Yemen, Syria, Iraq and Eritrea are eligible to apply for this expedited process.

They still have to go through security screening conducted by the Canada Border Services Agency in partnership with the Canadian Security Intelligence Service, and the IRB can decide the supporting documents are not sufficient and can still order a hearing and personal appearance.

Between June and September, more than 630 cases were finalized under the expedited process, which is 8.3 per cent of the total number completed in that time period, according to new data from the IRB.

Clarke has had two successful expedited cases in the last month. Two more are in the works.

One of the successful claims was for a family from Iraq. The husband, who only wants to be identified as Sirwan, was a human rights lawyer working with Syrian refugees in Iraq. He decided to leave when his life was threatened twice by local militia.

The family travelled through Istanbul to the United States. They walked over the Canadian border at the Emerson port-of-entry on July 30. Their refugee claim was accepted at the beginning of October.

"For me and for my family members, actually we are feeling very happy for that. The day when the staff from the lawyer informed me was very great news. I see this as one of the big achievements in my life," Sirwan said, adding he and his wife still have many immediate family members in Iraq and they fear for their safety.

"We are very happy, we are very delightful that we got this decision because nothing is more difficult than to waiting for something," Sirwan's wife, Khunaw, said in Kurdish Arabic as he translated.

"Now we feel we settled here and everything is going to go well."

As of Aug. 31, the backlog of claims for refugee protection is about 29,000 cases. There are also 5,000 legacy claims from before 2012 — when there was an overhaul of the country's refugee system — that are being processed by a separate task force.

The IRB's backlog has grown by about 1,400 cases a month since January, mainly because of a surge of people walking across the border into Canada to claim asylum.

More than 8,000 people have crossed into Quebec from New York since July, most of them Haitians worried they'll be deported if the United States lifts their temporary protected status.

Under federal legislation, including the Balanced Refugee Reform Act, they're supposed to get a hearing before the IRB within 30 to 60 days. However, the average wait time for a board hearing has grown to 16 months and officials say it could become even longer.

"The math is clear — unless you put more resources to this problem, then it takes longer time to schedule, so there will be longer wait times," said Shereen Benzvy Miller, the head of the board's refugee protection division, during a House of Commons immigration committee hearing on Oct. 3.

The IRB can't say how many cases applying for the expedited process were rejected and sent to the normal hearing-based process.

However, anything that speeds up the processing time for straightforward cases and reduces the backlog is good, Clarke said.

"Hopefully, the tribunal will continue to use these expedited procedures to address the cases that are strong so we can get those positive decisions, get them out of the queue, deal with some of the backlog so the tribunal can allocate resources to the cases that actually need more attention."

The federal government needs to increase the IRB's budget, to deal with the growing backlog – something that's separate from the expedited process, said Jenny Kwan, the federal NDP's immigration critic.

"At this moment, we have about 1,400 cases a month added to the backlog. That is a significant number of cases to deal with and without the resources, the IRB just will not be able to process these cases, it's that simple. The fix to that is the government needs to resource the IRB," she said.

The IRB normally can hear about 20,000 claims per year, based on its current funding. When the surge of refugee claims started, the board increased its capacity internally to about 24,000 claims per year, after receiving a small amount of funding in anticipation of asylum claims from Mexico when visa requirements were lifted for the country.

However, the latest projection from the IRB is that at least 48,000 refugee claims will need to be heard in 2017.

As for Sirwan and his family, they're just grateful for a new start.

"During the last three years, I served refugees and displaced people in my country. After the three years, I came to Canada, now I am a refugee here," he said. 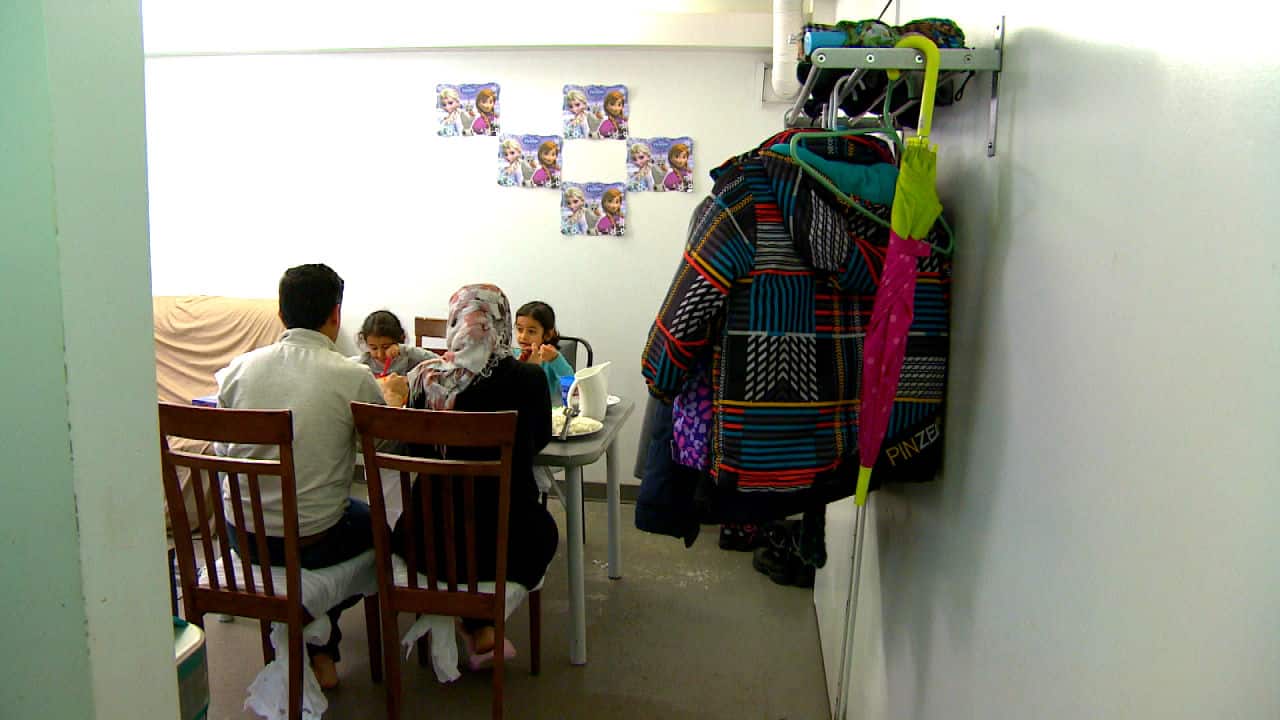 3 years agoVideo
2:07
The Immigration and Refugee Board is clearing about 160 claims per month using an expedited process that eliminates the need for hearings in straightforward refugee claims for people from seven countries. 2:07

IRB members will only decide claims without a hearing under the expedited process if: