Prime Minister Stephen Harper might regret his suggestion that the practice of covering one's face with a niqab is "rooted in a culture that is anti-women." 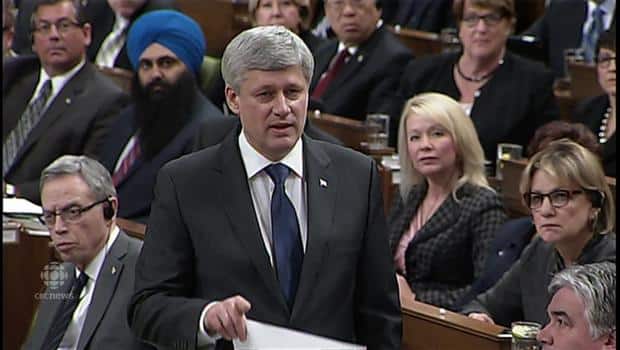 6 years agoVideo
1:47
Prime Minister Stephen Harper might regret his suggestion that the practice of covering one's face with a niqab is "rooted in a culture that is anti-women." 1:47

Prime Minister Stephen Harper might regret his suggestion that the practice of covering one's face with a niqab is "rooted in a culture that is anti-women."

Chris Adams, a political scientist and professor at the University of Manitoba, said Harper should be concerned about the political fallout of his comments.

“I think it’s a very problematic area to be wading into. It's an issue Canadians get divided on,” he said. “I think Canadians generally are very empathetic people for people of different cultures, and I think the PM’s office will regret having waded into this issue in this way."

Harper's comments have already outraged some Muslim women in Winnipeg.

​"When I was at Oxford University, a lot of my friends wore the face veil [niqab] and these were Oxford graduates who were thinking, intellectual, smart women who went on to work."

She thinks Harper's comments stem from ignorance, adding she doesn't know how many women he personally knows with a niqab. It's a misconception and the assumption that these women don't have minds, she said.

​"[The comment] was shocking because it was so blatant and then it wasn't shocking because he's been inferring these anti-Muslim, anti-Islamic mindset for years. But you just don't think it gets as blatant as it did."

The debate over head-coverings has picked up speed since the government said it would challenge a Federal Court decision that overturned a ban on face coverings in citizenship ceremonies.

The court said the ban interfered with a judge's "duty to allow candidates for citizenship the greatest possible freedom in the religious solemnization or the solemn affirmation of the oath."

Harper, who has called the Federal Court’s move to strike down the 2011 ban “offensive” said on Tuesday in the House of Commons that “we don't allow people to … to cover their faces during citizenship ceremonies.

“Why would Canadians, contrary to our own values, embrace a practice at that time that is not transparent, that is not open and, frankly, is rooted in a culture that is anti-women?”

"I think it is shocking and surprising that he would claim to care about women, especially when he has made no attempt at all to investigate the crisis of murdered and missing aboriginal women in our country," said ​Nulifer Rahman, a Winnipeg documentary filmmaker.

"Yet he's blatantly saying that other cultures are anti-women. It's an extremely disturbing trend.

Rahman​ said she doesn't understand what Harper is talking about when he says the niqab is contrary to Canadian values.

"I thought that I grew up in a Canada where the primary value was inclusiveness and acceptance, multiculturalism and diversity, and you know, having a society where people can be different," she said.

"He basically said 'you are not part of the Canadian family if you do not subscribe to our values.'"

Chris Adams said Harper and his Conservative Party could feel the sting of the comments at the ballot box in the fall.

"One of the things is the extent to which new Canadians embrace the Conservative Party versus Liberals and NDP," he said.

There will be a number of new Canadians, citizens of Canada born elsewhere and who are now voting Canadians and will be thinking about these comments and how does this stand with their view. We have a lot of new Muslims who are coming into Canada that might be offended by these remarks.

"The language of it being anti-women is very surprising and I think he wishes he had not said it in those terms."