The Western Hockey League board of governors has approved the move of the Kootenay Ice to Winnipeg from British Columbia.

Relocated Kootenay franchise will retain Ice name, play at U of M until 4,500-seat Oak Bluff rink is ready

In a move that surprises few hockey-watchers, the board of governors of the Western Hockey League has approved the move of the Kootenay Ice to Manitoba from Cranbrook, B.C., effective for the 2019-20 season.

The team will be called the Winnipeg Ice, according to owners of the major junior hockey club who made the announcement Tuesday afternoon in Oak Bluff, just outside Winnipeg's city limits.

The team will become the second WHL team in the province, along with the Brandon Wheat Kings, and join a crowded hockey market in and around Manitoba's capital, dominated by the Jets of the National Hockey League and the American Hockey League's Manitoba Moose.

Ice co-owner Greg Fettes said in addition to bringing the team to Winnipeg there are plans to take an "integrated approach to hockey development."

The team will, for its first two years, play out of the University of Manitoba's 1,400-seat Wayne Fleming Arena as the new arena is built outside Winnipeg. The partnership with the U of M will lead to a new scoreboard, dressing room renovations and a planned expansion of seating capacity.

Prices for Winnipeg Ice tickets at the U of M arena haven't been released but fans can reserve seats beginning Wednesday morning.

"We obviously realize that there's going to be lots of competition in Winnipeg for hockey dollars," said Fettes.

"Big picture for us [is] we really feel we need a facility that will make this more about entertainment dollars and not hockey dollars, and the entertainment centre is going to do that."

The local ownership group will be called 50 Below Sports and Entertainment and focus on providing a "family and millennial-focused fan experience that's unique."

In a news release issued by the WHL, league commissioner Ron Robison said it was a "difficult decision" to move the team, but one that was based on low attendance for the team in Cranbrook.

"After many years of monitoring the operations of the Kootenay Ice, it is evident this franchise is not viable in the market moving forward," Robison said in the release.

Average attendance for the team dipped to around 2,500 a game in the fall.

"We'd seen many years of declining attendance but we were excited about the possibilities, and we really went all in on Cranbrook," said Fettes.

Robison joined Ice owners Fettes and Matt Cockell at the announcement in Oak Bluff. Fettes said the desire to own a WHL team stems from a love for the game he shared with Cockell.

"We'd talk constantly about the possibility of one day owning a WHL team," he said.

Fettes and Cockell, both from Winnipeg, acquired the franchise in April 2017 from the Chynoweth family.

Ownership was transparent with fans in Cranbrook about the challenges of keeping a team there, Fettes said. In the first six months of ownership in Cranbrook ticket sales were up and the business community embraced the team, but things didn't pan out.

Winnipeg hasn't had a major junior team since 1984

Fettes is the founder of 24-7 Intouch, a global customer service outsourcing company, and Cockell is a former True North Sports and Entertainment executive.

Cockell previously coached the Brandon Wheat Kings and was a goaltending consultant with the gold medal-winning Canadian women's hockey team at the 2014 Winter Olympics.

Winnipeg's last foray into the major junior ranks ended badly in 1984 with the demise of the Warriors, a team that suffered from poor attendance and a succession of under-performing teams.

In the news release issued by the WHL, Fettes said the timing to make the announcement was out of respect for the community the team leaves behind and the team going forward.

"The decision to announce prior to the end of the season felt like the right thing to do in order to allow the city of Cranbrook and the ICE to prepare for the future and put an end to the speculation surrounding the franchise," Fettes said.

Fettes said Mark Chipman, chair of the board for True North Sports and Entertainment — which owns the Winnipeg Jets and the Manitoba Moose — has been an ally and mentor who has helped make the transition into Winnipeg easier.

True North previously explored the possibility of purchasing a WHL franchise, before the Manitoba Moose brought AHL hockey back to the city in  2015.

"True North chose instead to have the Manitoba Moose serve as Bell MTS Place's second tenant," Rob Wozny, vice-president of True North, said in a statement.

"That decision has proven to serve both the Moose and Jets extremely well and has become a critical aspect in the development of our players. Accordingly, we cannot overstate our commitment to our investment in the AHL in Winnipeg."

True North said it has a long-standing relationship with Fettes and wishes the Winnipeg Ice the best as the team re-settles. 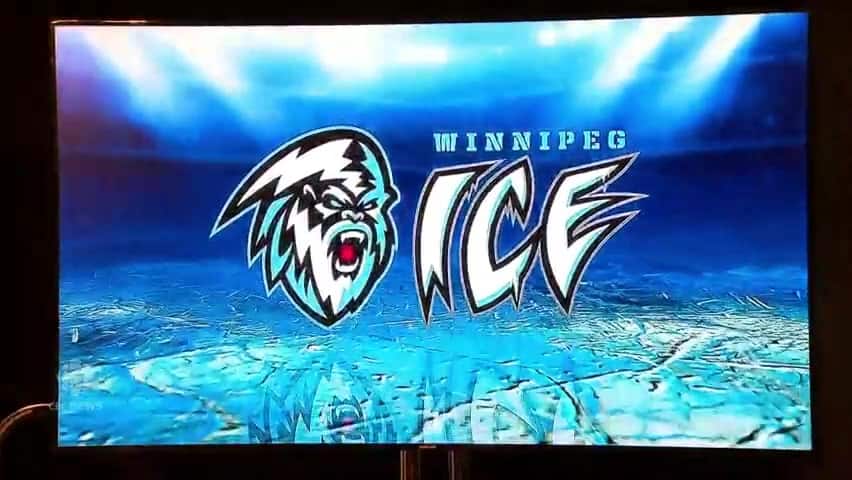 Winnipeg Ice becomes the second WHL team in the province

2 years agoVideo
2:06
The Kootenay Ice will be renamed the Winnipeg Ice as the team moves to Manitoba from Cranbrook, B.C 2:06