'The need is here': Funding running out for 24-hour West End drop-in for teens

A West End overnight drop-in centre for at-risk teens in Winnipeg will no longer be open every night, just as the need for it is at an all-time high.

Visits to Safe Space tripled this year to 1,400 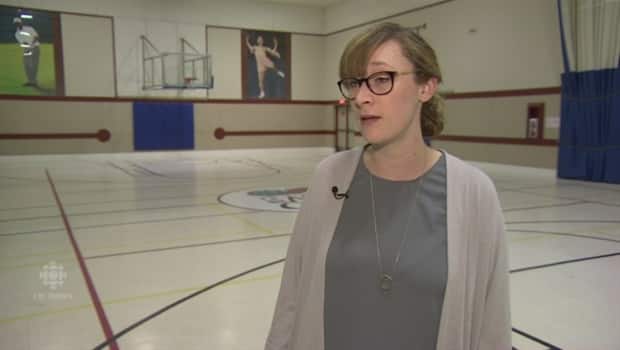 A West End overnight drop-in centre for at-risk teens in Winnipeg is about to run out of the money it needs to stay open every night, just as staff say the need for it is at an all-time high.

West End 24 Hour Safe Space — which is part of the Spence Neighbourhood Association and operates out of the Magnus Eliason Recreation Centre — received a grant from the City of Winnipeg and the Winnipeg Foundation to extend its hours over the winter.

That funding was used for staffing to run the overnight safe space for teens in crisis, which was open each night this winter from 11 p.m. to 7 a.m., and an outreach van.

But the grant only covered staffing up until April, so come next week, the centre will be closed overnight, as it was before this winter, from Monday to Thursday.

"It's not ideal. We would love to be open seven nights a week and to provide that consistency where people can rely on us to be open every night," said Kristen Wiltshire, youth and families director for the Spence Neighbourhood Association.

"We really feel the need is here regardless if it's cold outside."

Over the past two months, there have been 1,400 visits by 144 individual teens during the centre's overnight hours, she said.

Over the same period last year, there were 445 visits.

"I think that consistency is a really big part of that and people being able to rely on the space being open every night," said Wiltshire.

"Having a good experience when they come here really helps to increase that word on the street that this is the place where people can go."

She said in the past few weeks, between 40-45 young people have been visiting the drop-in centre each night. While many come for the hot meal and company, roughly half of them spend the night, sleeping on mats in the gymnasium.

"Either there are issues at home where they don't feel safe, people are out in the community, perhaps they are homeless, maybe they've aged out of CFS care. People are needing stable housing but that is a really difficult thing to find in Winnipeg," Wiltshire said.

The centre received the one-time grant of $20,000 from the City of Winnipeg and $30,000 from the Winnipeg Foundation to protect young people from the cold after the death of Windy Sinclair, a young mother who froze to death beside a West Broadway apartment in December.

The Winnipeg Foundation says it is working with the centre on a proposal for additional funding, which will be reviewed by the foundation's grants committee in late spring.

"That does leave a really big gap for youth in this neighbourhood who have been relying on this space throughout the winter."

On Tuesday, the federal government announced that Ottawa will spend close to $350,000 to expand the Ndinawe Youth Resource Centre's services this year and then another $280,000 in annual ongoing funding.

Wiltshire is thrilled for Ndinawe and the youth it serves in the North End. West End 24 Hour Safe Space, Rossbrook House in the central area of Winnipeg and Ndinawe are partner agencies that work together to co-ordinate support for the youth.

But this past winter, Wiltshire said staff at the West End centre had built relationships with far more youth from the neighbourhood.

"This was a really great initiative. I wish that it was more long term. More increased funding from the city, from the province, from the federal government to be able to open every night consistently," would help, she said.

"This is the lives of our youth and our children in our neighbourhood and city, so I feel very passionately that we should be open every night."