Thousands of students and teachers are part of Winnipeg’s We Day at the MTS Centre. The event, organized by Free the Children, combines a live concert with motivational speeches.

16,000 kids and educators gather for 5th We Day in Winnipeg 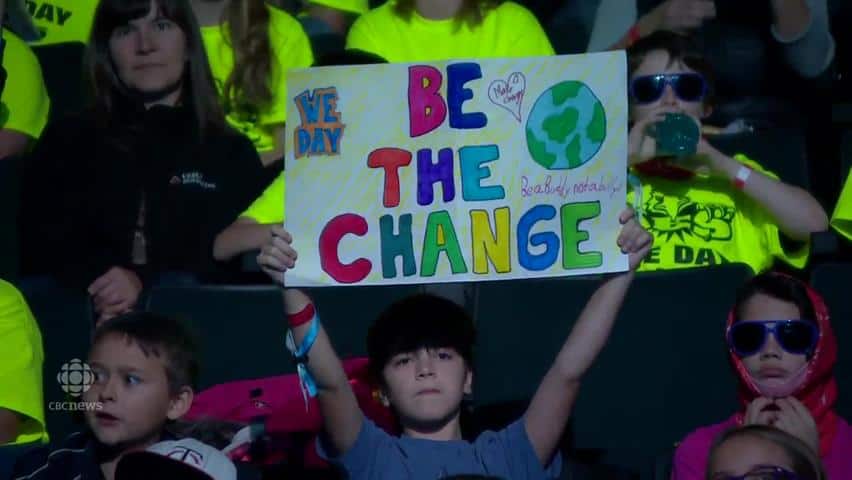 5 years ago
2:11
Thousands of students and teachers are part of Winnipeg’s We Day at the MTS Centre. The event, organized by Free the Children, combines a live concert with motivational speeches. 2:11

Thousands of students and teachers packed the MTS Centre for We Day on Monday.

The event, organized by Free the Children, combines a live music concert with motivational speeches and addresses. The idea is to inspire young people to make a change in the world, organizers say.

One of those empowering messages came from Rinelle Harper, 17, who was attacked in Winnipeg and left for dead on the banks of the Assiniboine River one year ago.

Harper, who took the stage with humanitarian Amanda Lindhout to talk about the power of education, also spoke about her resiliency and coming to terms with what happened.

"I didn't choose what happened to me, but I chose to speak out against violence," she said. "I learned from it. This incident is a doorway to a better life. I made the choice to return to school, just two weeks after the incident, and last year, even though I spent weeks in hospital — I was still hurting a lot — I graduated Grade 11 with all of my credits."

Harper said her mom had hoped she would take a semester off to recover, but she decided not to.

"I didn't want to let my experience hold me back," she said. "My spirit was still very strong."

Focussing on school and her future instead of the pain from her past helps give her purpose, she said.

"I want to teach people that change starts with us," she said. "Violence is not only physical. It's also gossip and bullying. These are things people do every day. They don't see how destructive it can be."

This is the fifth We Day held in Winnipeg.

Kids at We Day in Winnipeg just chanted "We are powerful, we are a movement, we will change the world!" <a href="https://twitter.com/hashtag/cbcmb?src=hash">#cbcmb</a>