The Waverley Street underpass is expected to start taking shape without delay following city council's decision to do away with a proposal to put the project on hold.

In a 13 to 3 vote Wednesday, councillors opposed a motion to delay the project 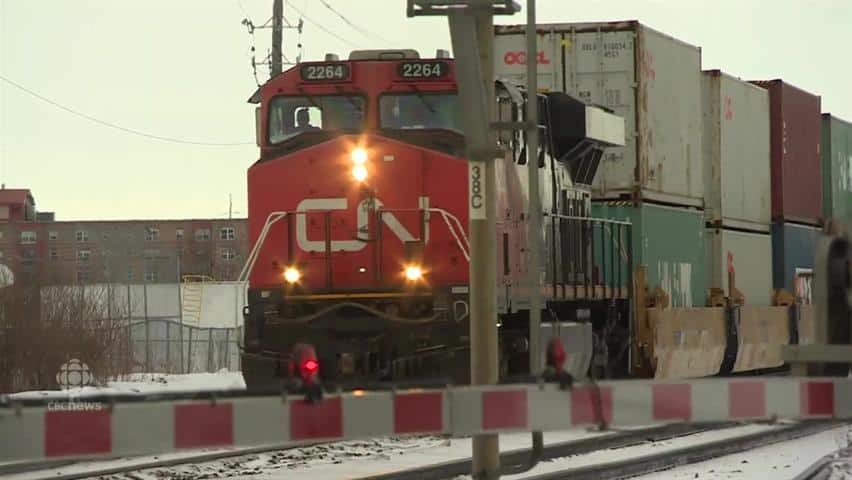 5 years ago
2:00
The Waverley Street underpass is expected to start taking shape without delay following city council's decision to do away with a proposal to put the project on hold. 2:00

The Waverley Street underpass will go ahead without delay following city council's decision to vote down a motion to put the project on hold.

Coun. Russ Wyatt proposed the postponement at least until a provincial task force completes a review of whether to relocate rail lines out of Winnipeg. If the rail lines are to be moved, Wyatt said the underpass might not be necessary.

But in a 13 to three vote on Wednesday, councillors voted that idea down, saying the $155-million underpass is needed in the city now.

Before the vote, Winnipeg Mayor Brian Bowman said he wanted construction on the Waverley underpass to begin as soon as possible.

"If you ask drivers in the area whether they would like to see it proceed while they are sitting, waiting in their cars for the approximately 40 trains that go through there everyday, they would say they expect us to move forward," he said.

Plus, putting the project on hold costs taxpayers money,

"Delaying Waverley by one year for example, would — just in terms of construction inflation — increase the cost to taxpayers by over $7 million. And obviously we want to make sure we are spending money wisely," Bowman said.

Wyatt also recommended halting the $250-million interchange at Marion and Archibald streets. Instead, the city should focus on projects that have nothing to do with rail lines, he said.

Before those projects proceed, Wyatt said he wants the city to amend its deal with CN Rail regarding the Plessis underpass, which he said is an example of a precedent-setting cost for taxpayers.

The city is getting about $7 million from CN to help cover the cost of that structure.

Wyatt is worried that if rail lines in Transcona get relocated in the future, the city will be on the hook to repay CN $375,000 annually until 2035.

He said he doesn't want to see a similar scenario unfold on Waverley.

Barry Prentice, a professor at the University of Manitoba's Transport Institute, disagreed with Wyatt's call for an underpass delay.

"We have expanded the population south of Winnipeg, and the Waverley West [neighbourhood] build-out is not [yet] complete, so we are going to have more people there wanting to move north perhaps for work or shopping," he said.

"Having a better mobility through there is certainly an argument that is strong."

The rail lines should still be moved out of the city, he said, but doing so will take years even after an underpass is constructed.

If there are any projects that should be put on hold, it's the Arlington Bridge replacement, Prentice said. The span, which is set to close in 2020, links Winnipeg's downtown and North End across the CP rail yard.

"If we did move the rail lines, we certainly wouldn't need a bridge spanning the whole tracks," Prentice said.

"So that would certainly be one case we may want to reconsider very carefully."

Those living near the railway crossing at Waverley Street and Taylor Avenue are relieved the underpass project is going forward without delay.

Helen Cooke has lived in the neighbourhood for three years and she said the problem has only gotten worse during that time.

"And it's not going to get better," she said, calling the situation "annoying."

"Once you're stuck in traffic, there's no alternative," she said.

Vivek Sharma said an underpass is the only appropriate response to what he calls a high volume of traffic.

"Sometimes there's two trains coming at the same time," he said. "You got to wait more than 20 minutes."