A Winnipeg couple who say they were pickpocketed in Mexico are out $6,600 after someone apparently used the PIN on their credit card to make fraudulent purchases, and their credit card company says that's enough reason to not reverse the charges.

A Winnipeg couple who say they were pickpocketed in Mexico are out $6,600 after someone apparently used the PIN on their credit card to make fraudulent purchases, and their credit card company says that's enough reason to not reverse the charges.

Rick and Andree Jolicoeur were in Cancun in February when a routine bus trip to get groceries ended with him realizing his wallet had been stolen sometime during their travels.

Since then, they've been in a months-long fight with Walmart Canada Bank, which issued their MasterCard. The company says it won't reverse the charges because it appears the person who used the card knew the four-digit PIN, and the cardholder agreement states a consumer must protect the code.

"If someone has a MasterCard, they won't realize that this can happen to them — this is atrocious," Rick Jolicoeur told CBC News.

"We did everything that we are supposed to do."

Credit card PINs can be stolen

Frances Lawrence, who's with the Credit Counselling Society, said a PIN can be stolen with the use of a pinhole camera at an ATM or other bank machines. Credit card information can be accessed using a device such a "shimmer" — a new smaller, more powerful and practically impossible to detect kind of skimmer. Shimmers fit inside a card reader and can be installed quickly by a criminal who slides it into the machine while pretending to make a purchase or withdrawal.

Once installed, the microchips on the shimmer record information from chip cards, including the PIN.

"All of the information has to be stored somewhere," she said. "Be vigilant and always make sure you know where your card is."

The Jolicoeurs say they didn't notice the wallet was missing until about two hours after they left their hotel, and when they tried to pay for groceries.

They quickly made calls to their credit card companies, cancelling their Visa and MasterCard. Rick Jolicoeur said Visa had already flagged a suspicious double charge on his card and had put a hold on it.

His MasterCard had already racked up almost $7,000 in charges, including two of $3,300 from what he was later told was an "equipment rental" business. Rick Jolicoeur said the company told them to "enjoy their vacation" and "everything would be taken care of."

After they returned to Winnipeg, they learned Walmart Canada Bank refused to reverse the charges.

Several phone calls to the call service centre revealed that because the card has a chip and the purchaser used the correct PIN to make the charge, Walmart Canada Bank was not liable.

"[They] started accusing me of being in cahoots with the thieves and giving them my PIN and said I was basically a thief," Rick Jolicoeur said.

"The blood was rushing up to here. I had to get off the phone." 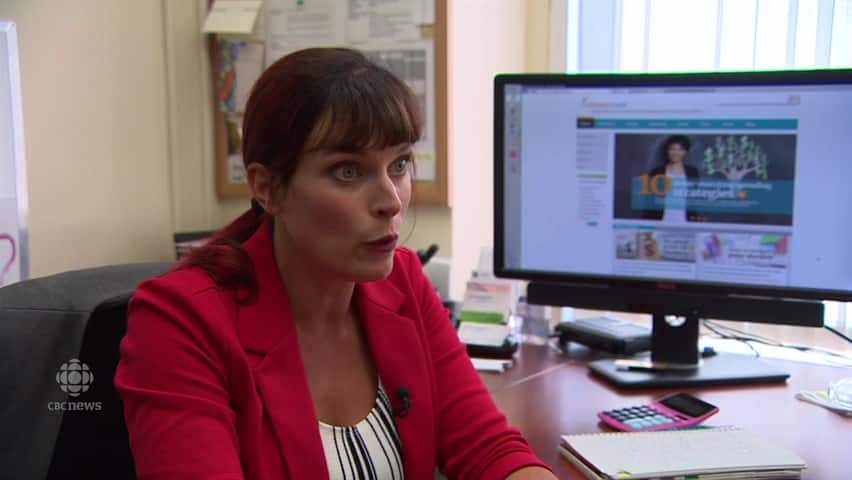 3 years ago
1:39
A Winnipeg couple who say they were pickpocketed in Mexico are out $6,600 after someone apparently used the PIN on their credit card to make fraudulent purchases, and their credit card company says that's enough reason to not reverse the charges. 1:39

Walmart Canada Bank stands by its decision to not reverse the charges.

"Unfortunately many consumers believe they are fully insulated from credit card fraud. The fact is the cardholder agreement holds the account holder responsible for the protection of their PIN," said spokesperson Alex Roberton in a prepared statement.

"The majority of fraudulent chip and PIN transactions are not reversed if a correct PIN is used, particularly on the first try."

Jolicoeur admitted he never read his agreement, but wonders why the company doesn't make this caveat clearer.

"They never ever tell that if your card is stolen and the PIN is used, you're on the hook for it," he said.

"It'll take one time for this to happen to you and then it is all the sudden, buyer beware."

Rick Jolicoeur said even his wife doesn't know his PIN, so he can't imagine how someone would have obtained it.

According to his bill, which was provided to CBC, the only other time he used the credit card that day was at the Walmart in Cancun.

The couple said since the credit card controversy began in February, the first piece of written documentation they saw to explain why the charges weren't reversed was the statement Walmart sent to CBC.

Roberton told CBC News that the Jolicoeurs have yet to request the documentation. The Jolicoeurs deny this claim, saying they have requested it in writing multiple times for insurance reasons. They have now turned to Walmart's ombudsman — their last hope for getting the charges reversed.

'Ensure you are protected': Credit counsellor

Lawrence said the Jolicoeur family's situation highlights why people need to protect their PIN and think twice when using a credit card while travelling.

"People aren't always aware of what it is in their cardholder agreement and what they are covered for," she told CBC News. Most agreements can be found online, she said.

"It is really important if you are using a credit card for travel to understand what you need to do if you are in the position that your card is compromised."

Credit cards such as MasterCard may advertise the cardholder has "zero liability," but it is not black and white, she said.

"There may be steps you need to take to ensure you are protected," she said. "Knowing what you have to do to protect yourself is more important."

"Everybody is going to be looking out for their best interest, so the most important thing is that you are aware of what that looks like [to a credit card company]," she said.