Wab Kinew to run for NDP in Manitoba election

Wab Kinew will run for the Manitoba NDP against Liberal Leader Rana Bokhari and the PC's Audrey Gordon in Fort Rouge on April 19.​ 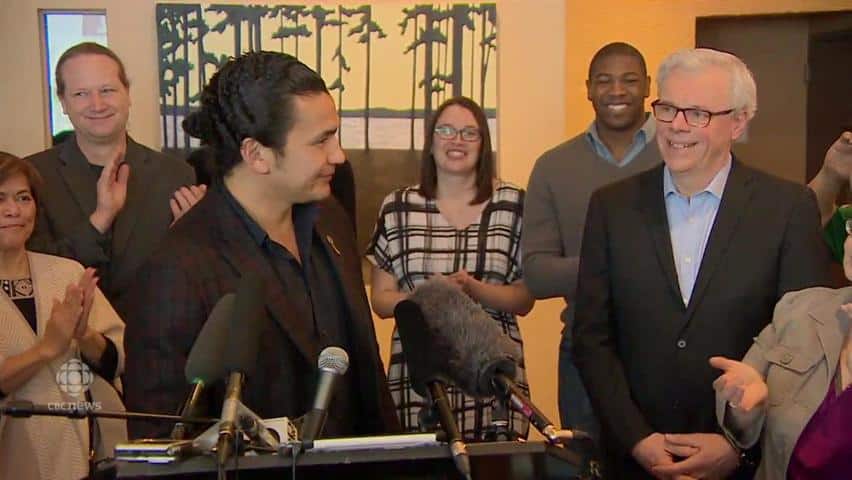 Wab Kinew to run for NDP

Wab Kinew will run for the NDP in the Fort Rouge riding in the April provincial election.

Kinew will step in for Fort Rouge MLA and former finance minister Jennifer Howard, who pulled out of the race last week. He is seeking the nomination uncontested, NDP campaign director Jeremy Read said.

"Whenever you contemplate leaving something, one of your big worries is who is going to be there, in whose hands do you leave all of the work," Howard said. "I know those things are going to be in good hands."

Kinew, who is from Onigaming First Nation in northwestern Ontario, announced his candidacy at a news conference Monday afternoon at the Gas Station Theatre.

He credited the NDP government with helping to make post-secondary education more accessible to First Nations, but noted systemic issues of racism still need to be resolved for indigenous populations in the province.

"I know the work of a progressive agenda in this province is unfinished — there still are things left to do," Kinew said at the announcement, where he was flanked by Selinger, Howard and other party brass.

Kinew also snuck in a jab at the competition, remarking on what he believes the province should be doing in light of the low loonie and an uncertain economic environment in Canada.

"As I was on the sidelines thinking about how this election is shaping up, I noticed that the worst and second worst option that I just described to you are the platforms of the PC and provincial Liberal Party."

Kinew is the associate vice-president of indigenous affairs at the University of Winnipeg and a former broadcaster for CBC. He also served as an honorary witness for Canada's Truth and Reconciliation Commission.

Kinew steps down as host

The bestselling author of The Reason You Walk will no longer host CBC's Canada Reads literary competition. Kinew helped propel indigenous author Joseph Boyden's book The Orenda to a win two years ago.

"We thank Wab Kinew for his contribution to Canada Reads, both as our winner in 2014 and our host in 2015," Tara Mora, Canada Reads executive producer, said in a statement Tuesday.

"We wish him all the best, and we'll announce a new host for Canada Reads 2016 soon."

Kinew has covered issues facing First Nations, Métis and Inuit people in Canada through his spoken word rap music and journalism. He also hosted the CBC national documentary series 8th Fire in 2012 and has been nominated for a Gemini, among other awards.

'A vote for Wab is a vote for Greg'

Bokhari sent out a statement Tuesday morning saying she wouldn't be available for additional comment.

"I like Wab Kinew, but residents of Fort Rouge know a vote for Wab is a vote for Greg Selinger," Bokhari said.

"He has a big job ahead of him defending the broken NDP government, which has broken the trust of Manitobans," said Gordon in an email.

"Wab will have to explain to voters why he is supporting the Selinger NDP and its policies of higher taxes and declining services," she said. 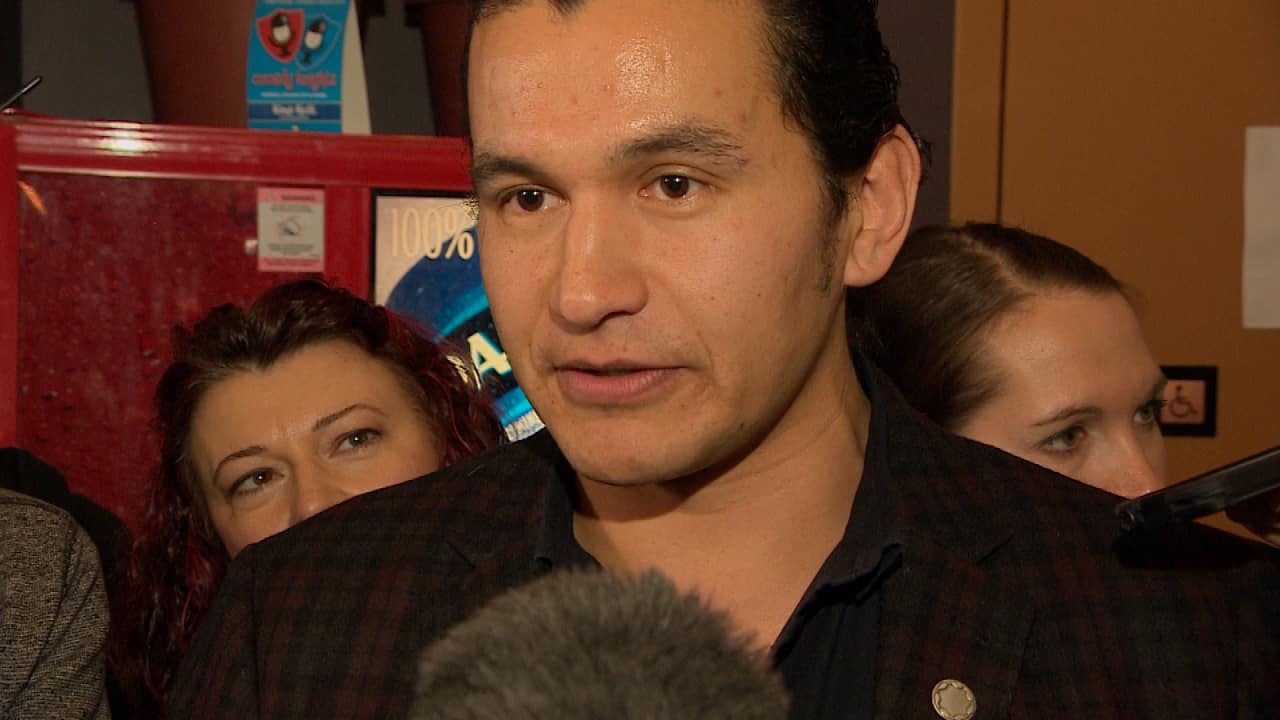 RAW: Wab Kinew announces his run for the NDP in Fort Rouge

5 years ago
1:33
Wab Kinew announces his run for the NDP in Fort Rouge riding in the April provincial election. 1:33

Karine Levasseur, associate professor of political studies at the University of Manitoba, said Kinew's popularity could help the ailing New Democrats and create a challenge for Bokhari and for the Liberals.

"Typically when a leader of a political party runs in a riding, it's usually a safer bet, but Wab Kinew is a very talented individual and could certainly bring a challenge to that," Levasseur said.

The Selinger government has slid in opinion polls since hiking the PST to eight per cent in 2013. The move fractured the party and ultimately led to a leadership race last spring, which saw Selinger keep his job with a narrow win against former health minister Theresa Oswald.

While Levasseur called Kinew a strong candidate, the fate of the election still rests on Manitobans' perceptions of Selinger, she said.

"We know that, from previous elections and academic research, it is still the leader that has a considerable role to play in how well a political party does," Levasseur said.

"For as good of a candidate that you might have, elections are still won and lost largely by the role of the leader and how he or she sets up the party."

Manitobans head to the polls on April 19.