Cellphone video shows a confrontation between two Winnipeg police officers and a 12-year-old boy, who was allegedly slapped by one of the officers. The unidentified officer is now facing a charge of assault. 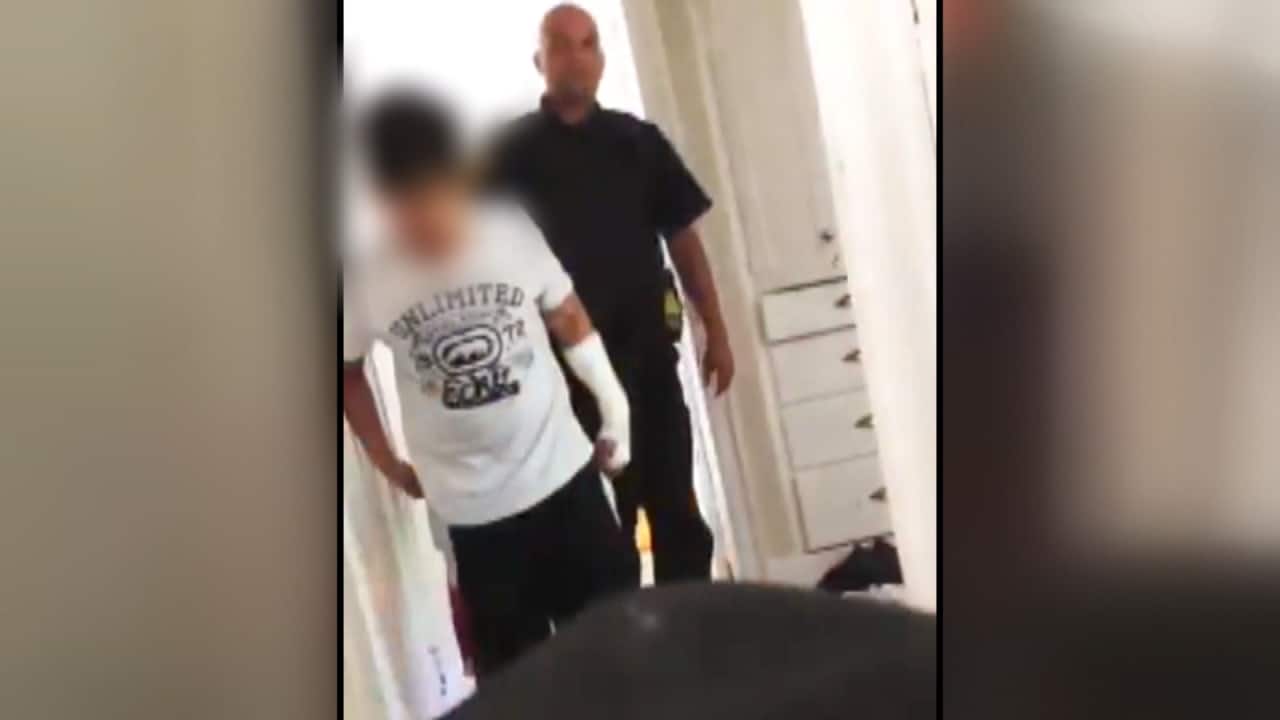 Officer to be charged after boy assaulted

3 years agoVideo
1:12
This video sent to CBC by family shows a Winnipeg police officer allegedly slapping a 12-year-old boy after the teen swears at the officer. The officer will be charged with assault, according to Manitoba's police watchdog. 1:12

Cellphone video showing a Winnipeg police officer allegedly hitting a 12-year-old boy was a key piece of evidence used to charge the officer with assault.

The original raw video, obtained by CBC News, is just over a minute in length and shows two police officers arriving at a city home on Aug. 7 asking to talk to the boy and although you can't see the officer touch the boy, a loud slap can be heard.

The boy's mother told CBC News she called police for help when her son was acting erratically throwing garbage and recycling around during a temper tantrum.

The video shows a male police officer asking the boy what's going on, the boy swears at the officer repeatedly. "Hey listen you're 12 you don't talk to me like that," the officer says.

The officer then tells the boy police are at the house because of him and he should go outside. The boy refuses and calls the officer a homophobic slur.

The officer then follows the boy into another room. A slap is heard and the officer's arm is seen in the air.

The officer tells the boy to "show some f--king respect." Then the officer and his female partner escort the boy outside.

The boy was not charged and was released on the corner of the street a few minutes later, the boy's mom said.

She said her son was previously charged with robbery and assault for taking back his bike that had been stolen.

The 12-year-old, who can't be identified due to provisions in the Youth Criminal Justice Act, has spent time behind bars at a youth correctional facility and recently started probation. He has a court-ordered 10 p.m. curfew, his mom said.

5 experts weigh in on video

CBC News approached five different experts in Canada and the U.S. to weigh in on the video Thursday.

Some said it's not clear if the officer actually slapped the boy because when what sounds like a slap is heard, the boy is out of view from the cellphone camera.

Emanuel Kapelsohn, a U.S.-based expert and Joel Johnston, a retired Vancouver police officer and former use of force co-ordinator ​for the province of B.C., said it would be inappropriate to give a specific comment on a short piece of video because it may not show the full picture of what may have happened.

Three other experts said in their opinion, the use of force would not be reasonable under the circumstances.

"You're looking at actions that are consistent with him slapping him, the child, although you can't physically see it you can see motions that the officer is making, you can hear a noise that appears to be a slap," said Scott Haug, a police chief in Post Falls, Idaho, and a use of force consultant. Haug said when responding to a call of a child acting out, an officer's job is to de-escalate the situation.

"In this case, it did not appear that the police officer did that," Haug said in a phone interview. "Striking the child in any fashion would be inappropriate under these circumstances."

Ian Scott, former director of the Special Investigations Unit in Ontario, said the Independent Investigation Unit (IIU) "has done absolutely the right thing" in laying a charge of assault against the officer. Police Chief Danny Smyth confirmed the officer, who has not been identified, has been charged under the Criminal Code of Canada. 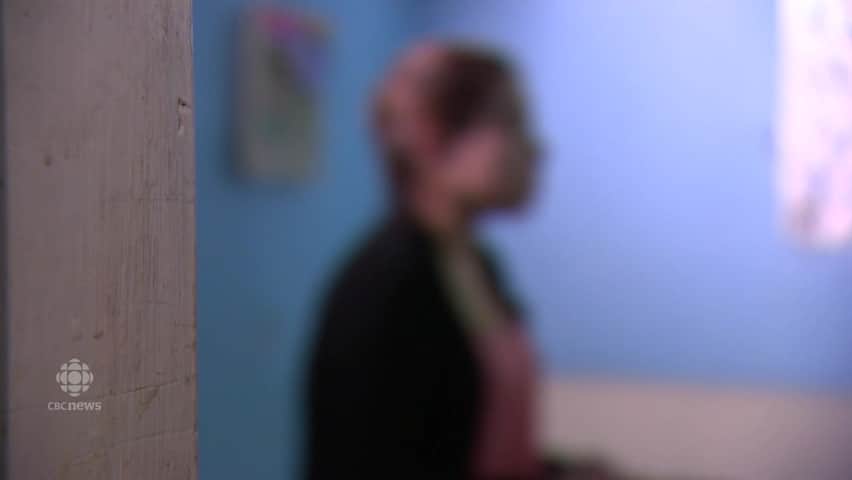 3 years agoVideo
2:22
The family of a 12-year-old boy who was allegedly hit by a Winnipeg police officer says they are happy the veteran officer is facing an assault charge. The CBC's Austin Grabish sat down with them. 2:22

"I don't see anything that indicates this guy other than this young lad's mouth is particularly out of line. So I would've liked to have seen a lot more de-escalation and slapping a young kid that hard is not, in my view, de-escalation."

Chief Smyth said he became aware of the video in late summer, didn't watch it, but contacted the IIU to review it. The IIU investigates all serious incidents involving Manitoba police officers, whether they are on duty or off-duty.

The chief said it wasn't necessarily the video, but rather the context of the situation, that made him contact the police watchdog.

Steve Summerville, a security expert and retired Toronto police staff sergeant, also watched the video and said he wondered why the female officer didn't intervene based on what he saw.

"She could have said stop or tried to take some step of some form to prevent the youth from being physically accosted."

The boy's mom, who also can't be identified, told CBC News she was happy to hear the officer involved is facing an assault charge.

"I hope it prevents him from hitting someone else. I don't hit my kids," she said Wednesday night. 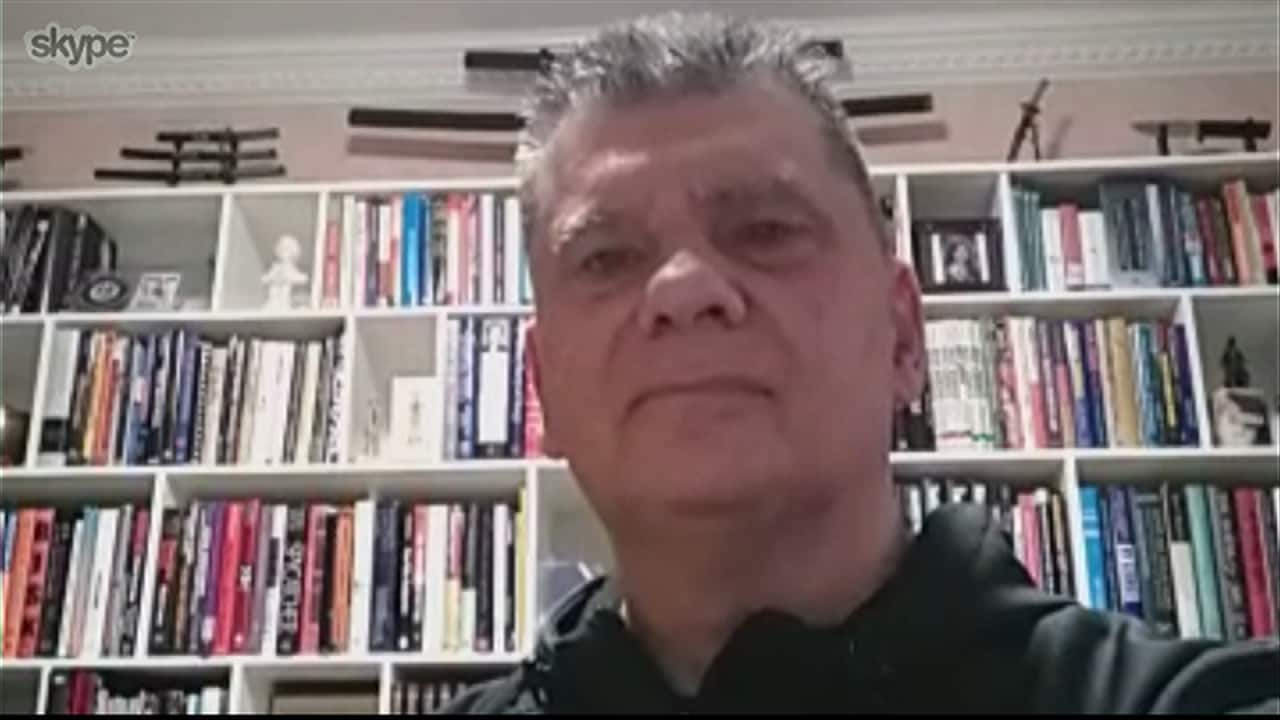 Use of force expert speaks out

3 years agoVideo
2:03
Steve Summerville is President of Stay Safe Instructional programs and is also a retired Staff Sergeant with the Toronto Police Service. He spoke with CBC's Marjorie Dowhos about the officer's alleged assault against a 12-year-old boy. 2:03

With files from Bartley Kives, Marjorie Dowhos and Meagan Fiddler