Winnipeg's health authority believes it can do a better job delivering mental-health services by centralizing emergency care at three hospitals — and now they'll have the chance to prove it.

Winnipeg's health authority believes it can do a better job delivering mental health services by centralizing emergency care at three hospitals — and now they'll have the chance to prove it.

The provincial government showed off a $7-million renovation to Victoria General Hospital's mental health unit on Friday. The expanded facility will be able to absorb the 54 patients held at the mental health wards at Seven Oaks and Grace hospitals.

By Tuesday, Dec. 18, adult mental health care at Winnipeg hospitals will be consolidated at Victoria, the Health Sciences Centre and St. Boniface Hospital.

Health Minister Cameron Friesen is convinced the move will result in more efficient delivery of care.

"The consolidation is about clinical success. This is about getting better care for patients who are seeking these services who are admitted to hospital," Friesen said. "We're confident that these investments will really make a difference."

The expanded mental health unit will consist of 75 beds, spread over three floors at the hospital on Pembina Highway. Two of the floors are designated for adult mental health care, while the third floor is set aside for geriatric mental health.

The number of beds at Victoria will complement the more than 100 at HSC and the 34 beds at St. Boniface specifically for adult patients in need of hospitalization.

The three centres will become known as centres of excellence for mental health, with each facility prescribed a specialty. At Victoria, it will be geriatric care.

The safety of patients will be prioritized at the revamped ward, Lamont said.

Each room is designed to prevent individuals from harming themselves. The beds are weighted, the windows don't break, the doors cannot be locked from the inside and each fixture in the room is fashioned so cords, ropes and bed sheets cannot be looped or tied onto it.

"It has some of those unique safety features that are necessary to ensure that all patients are as safe as they possibly can be while they're going through what are sometimes very difficult times in their lives," Lamont said.

The province's investment was looked upon favourably by Emily Walker, who was a patient at the Vic's mental health unit nearly a decade ago.

Concussions she sustained playing sports in high school changed how she felt, she told the crowd at the unveiling.

She had trouble concentrating, dealt with chronic pain and suffered from depression and anxiety.

Walker reached a point, while in university, where she felt hopeless navigating the existing mental health supports in the city. She thought about ending her life, until she was admitted to Victoria Hospital.

"I'm standing here today because I took that step and I chose to keep trying and to live," she said.

"I'm very thankful that we're continuing to put funds into mental health and making it a priority."

Dr. Jitender Sareen, medical director of the WRHA mental health program, said mental health services would still be offered at other health-care facilities, including Seven Oaks and Grace, but hospital stays will soon be exclusive to the three centres of excellence. 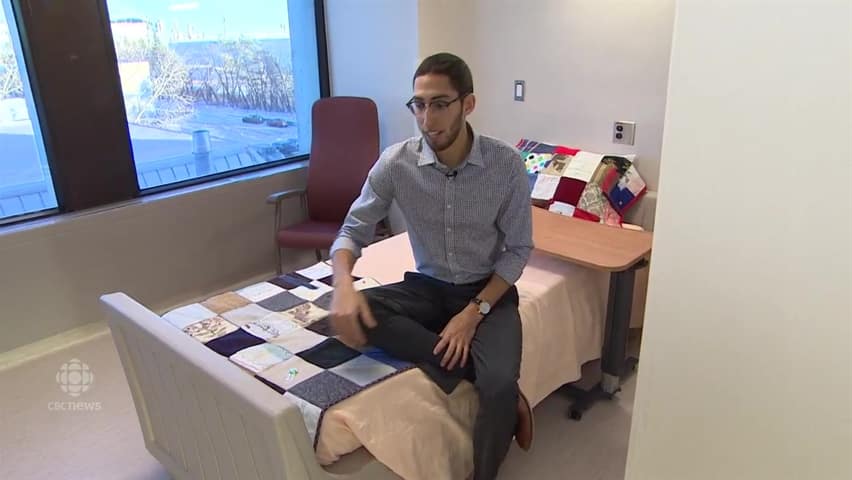 2 years ago
2:08
Winnipeg's health authority believes it can do a better job delivering mental health services by centralizing emergency care at three hospitals — and now they'll have the chance to prove it. 2:08