Vale is entering its "most significant phase" of layoffs in the lead up to the planned shutdown of the company's smelting and refining operations in Thompson, Man., later this summer.

Vale is entering its "most significant phase" of layoffs in the lead up to the planned shut down of the company's smelting and refining operations in Thompson, Man., later this summer.

The company has sent layoff notices to 169 employees, said Ryan Land, manager of corporate affairs and organizational development with Vale.

Vale has been planning to stop nickel smelting and refining in Thompson for years, and the operations will officially cease July 31, the same day the layoffs are to take effect.

Vale plans to continue its mining and milling operations in Thompson, which had a population of just under 13,000 people in 2016. The city is 650 kilometres north of Winnipeg.

Despite the notices, exactly how many workers will be laid off in this round depends on how many employees accept an incentive package offered by the company to either retire or resign before the closure. 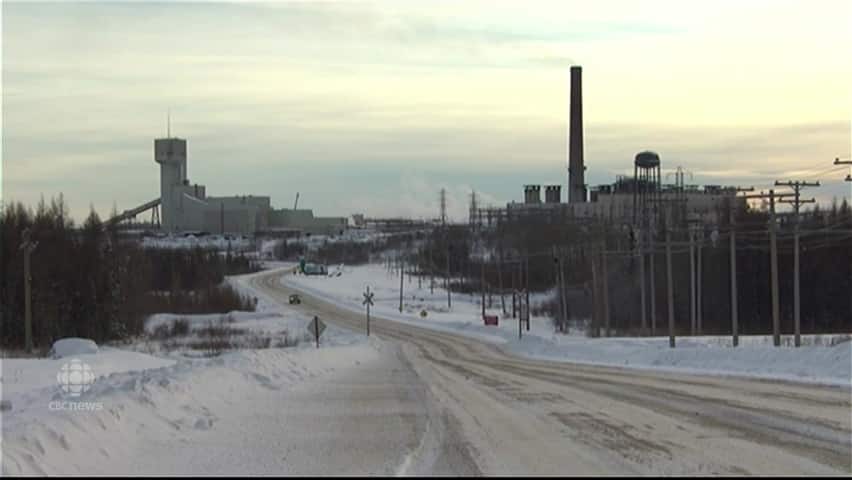 Staking out a future: Thompson adjusts as mining industry slows

"For every person that takes a package … they'll rescind one [layoff] letter, so if you had 169 and one person takes the package, now you got 168 and so forth," he said.

Those offered the package have until May 18 to decide whether they'll take the offer.

The company had roughly 1,450 full-time employees at the beginning of 2017, but that number dropped to around 1,200 at start of  2018 after the closure of the Birchtree Mine last May, Land said.

That will leave Vale with roughly 850 full-time employees by next year, Land said, more than the 600 Ellsworth said the union had expected to see remain on the payroll by 2019.

"While it is good news that the adjustment is smaller than was first anticipated, and most of those affected knew that this was an eventuality, we remain mindful that this will be a challenging time for employees, families and community members," Land said in an emailed statement.

"It is important that we continue to exercise active, genuine care for one another, and that those affected take full advantage of the supports and services in place."

The majority of those remaining on the job will work in the mine, said Ellsworth, although some will remain on the surface doing reclamation work over the next year or two.

The Brazilian miner announced it would shutter its nickel smelting and refining operations this year back in 2015, when the price of nickel dropped to its lowest level in several years. It's a move they'd been planning and working on with the union on since 2010, Land said.

The company plans to ship nickel from its mine at Voisey's Bay, N.L., to a new processing facility at Long Harbour in the same province, instead of to Thompson and to Sudbury, Ont.

Ellsworth — who is taking the package himself after 33½ years with the company — is confident a number of other long-term employees will take the offer to save the jobs of younger employees.

"In the last package, as a comparison, we had almost 50 per cent uptake out of the 200 that were eligible. We had almost 100 people take it," he said of the layoffs last May.

"We can't tell people to retire … but the more jobs that we save, that means we've got the younger people working and the older people retiring with a good pension, so for the [Thompson] economy, that'd be very good — there won't be as big an impact."

While the closure and job losses mark a dark time for mining in Thompson, Ellsworth said rising prices of nickel offer a "ray of light" for those who will hold on to their jobs with Vale.

"Nickel, if you've been watching it, has gone from about four dollars and change to last week, it was about seven bucks, which is significant, so that brings light to the operation that we haven't seen for a long time," he said.

"We have a good resource when it comes to nickel in Thompson … and as long as we're making money, we're going to see that develop."

During question period in the legislature on Wednesday, Flin Flon MLA Tom Lindsey called on Growth, Enterprise and Trade Minister Blaine Pedersen to come up with a plan to address job losses in northern Manitoba.

"This is a massive blow to the people in Thompson and mining in the north. This is after at least 150 workers were laid off in the fall and there are more layoffs coming," the NDP MLA said.

"What is this government doing to fight the job crisis in the north?"

Pedersen said Vale has publicized these layoffs for a long time, and the Progressive Conservative government is working with the company and the City of Thompson to address them. He accused the former NDP government of discouraging mining activity during its 17 years in power.

The government will soon announce a new mineral development protocol, he said.

"That's working with First Nations communities that have mining potential near them," said Pedersen.

"It's involving both communities and the mining development companies and mining companies, working together co-operatively, so that everybody knows what's involved and there can be economic benefit for all the north."