More than 20 years ago, around this time of year, 850 University of Manitoba professors set up a picket line in the snow for the first time.

More than 20 years ago, around this time of year, 850 University of Manitoba professors set up a picket line in the snow for the first time.

It would become a 23-day strike — at the time, the second-longest faculty strike in Canadian university history.

It was also one of the most bitter, according to U of M professor Ian Kerr in an article he wrote a year later for Economic and Political Weekly.

"The 23 days' strike was one of the longest in Canadian university history; it was also one of the most bitter given the attack on academic freedom and tenure that triggered the strike plus the bellicose statements that originated from some members of the university administration during the strike," Kerr wrote.

Faculty said the school was attacking academic freedoms and tenure rules to make it easier to lay off controversial professors, while administration said it was trying to downsize the institution in a time of tight budgets.

As of 12:01 a.m. Tuesday, the 1,200 members of the University of Manitoba Faculty Association are again on strike, throwing the school year into turmoil for 30,000-odd students after six months of bargaining talks broke down in October. 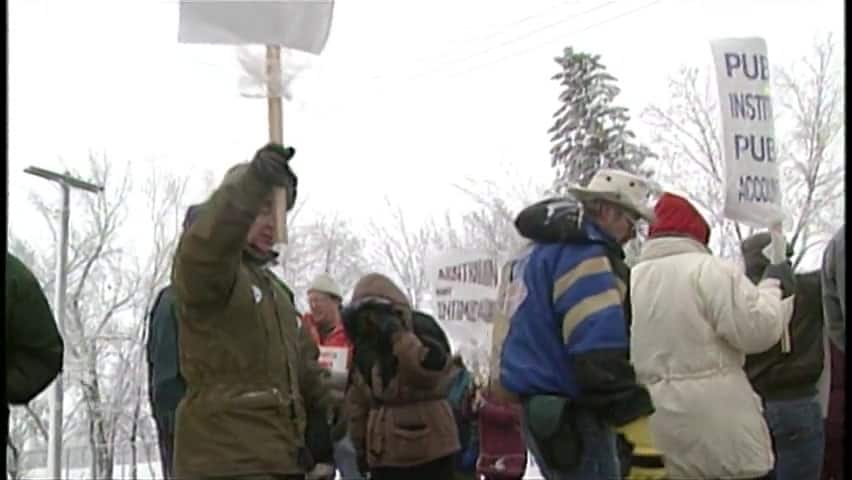 University of Manitoba faculty strike in 1995

4 years agoVideo
1:48
The University of Manitoba Faculty Association went on strike for 23 days in 1995, at the time of the longest university strikes in the country. 1:48

At the time, The Canadian Press reported comments from the Association of Universities and Colleges that the strike was a symptom of "an era of declining government support" for schools, and the strike drew national attention from other, also cash-strapped, universities.

Professors at Newfoundland's Memorial University were also embroiled in a labour dispute — just the beginning of problems for management and staff at Canadian schools, the AUC said then.

More than three weeks after it began, the strike ended after an overnight bargaining talk that resulted in a compromise.

"The administration says how deep cuts must be and faculty members decide who feels the pain," The Canadian Press wrote at the time.

Six years later, professors were back picketing after members of UMFA approved a strike ballot by nearly 70 per cent.

The issues this time around were wages and benefits: professors were concerned about salary structure and family leave, as well as changes to the benefit plan.

The strike lasted only four days, beginning on Oct. 22 and ending Oct. 26.

It concluded with professors and administration agreeing to submit issues to arbitration. 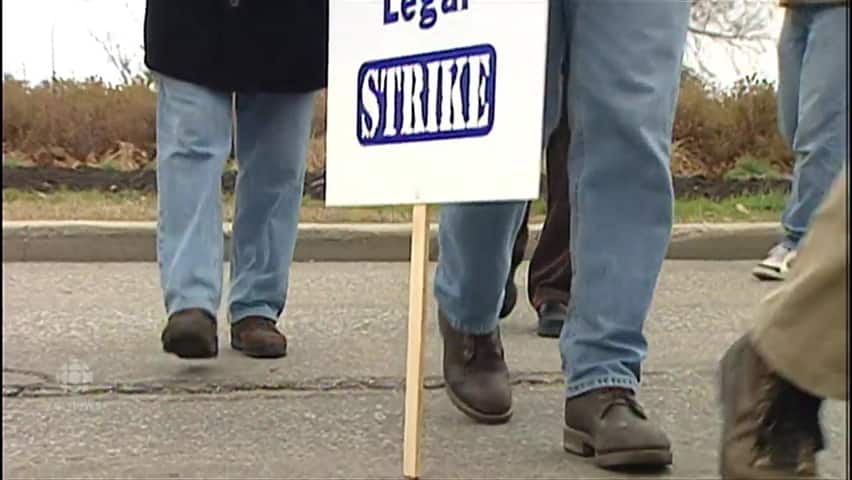 University of Manitoba faculty strike in 2001

It wasn't at the University of Manitoba, but the province's longest faculty strike began on Oct. 12, 2011, at Brandon University.

More than 30 of the school's 3,000 students withdrew from the university in the 45 days of picketing that followed, according to Canadian Press reports from the time.

At the U of M, bargaining discussions have been in the works since the last faculty contract expired March 31.

After talks broke down in October, UMFA members voted in favour of a strike and set the date for Oct. 22.

A mediator was able to extend that to Tuesday, Nov. 1, but staff and administration haven't been able to reach an agreement on key issues including workload and professor evaluation.

Until the parties agree on something, hundreds of U of M classes are cancelled, although many others, taught by non-UMFA members, continue.

For now, professors will meet on the picket line every weekday at 7 a.m. and continue until 5 p.m.