Dozens of students and staff gathered at the University of Manitoba Wednesday to honour the lives lost after a passenger jet crashed in Tehran, killing 176 people — including at least six with ties to Winnipeg.

Dozens of students and staff gathered at the University of Manitoba Wednesday to honour the lives lost after a passenger jet crashed in Tehran, killing 176 people — including at least six with ties to Winnipeg.

As crowds of students bustled in and out of the school's University Centre, mourners at the vigil stood still. Traditional Iranian music played from a laptop running a slideshow of victims, which sat on a table next to roses, candles and dates.

The loss is "beyond words," said Amir Mansoori, a U of M graduate student in electrical engineering. He lost two friends in the crash — Arash Pourzarabi and Pouneh Gorji, both computer science students at University of Alberta.

"I cannot express my real feeling," he said. "I just can tell you I'm sad."

Six Winnipeggers have so far been confirmed dead after Ukraine International Airlines Flight PS752 crashed in Iran on Wednesday, around 6:15 a.m. local time.

That includes Mohammad Mahdi Sadeghi — who went by Mahdi — his wife, Bahareh Hajesfandiari, and their daughter, Anisa Sadeghi. The couple were both civil engineers working at construction companies in Winnipeg.

Pembina Trails School Division said two of its students, in grades 5 and 6, died in the crash. CBC News has confirmed Anisa, 10, was the Grade 5 student.

Also among the 176 passengers and crew who died was Forough Khadem, who graduated from the University of Manitoba in 2016 with a PhD in immunology. Her friend Azin Khafipour spoke at the vigil Wednesday, her voice shaking as she told the group about Khadem's intelligence and kindness.

Another crash victim was Amirhossein Ghassemi, who was pursuing a master's degree in biomedical engineering at the U of M. He was on his way back to Winnipeg after attending a family reunion in Iran.

"I lose a brother," said his friend and fellow master's student Morteza Tavakoli.

"Everywhere that we went, we were together. He was like a family to me."

Tavakoli described Ghassemi as "helpful to everyone he met" and being optimistic toward the situation in their home country.

The two were texting each other just mere moments before Ghassemi boarded Flight PS752, Tavakoli said, adding that he warned his friend to be careful.

"I told him, once you're on board, everything will be over. I was referring to worries," Tavakoli said, his voice breaking. "But I didn't really know that his life was about to be over."

Two other confirmed victims of the crash — Pedram Moosavi BaFrooei and Mojgan Daneshmand, a married couple — were U of Manitoba alumni who were living in Edmonton.

CBC News is working on confirming the status of several more individuals from Winnipeg who were also said to have been on the flight.

The Ukrainian passenger jet crashed moments after leaving Tehran en route to Kyiv, killing everyone aboard.

"When it happens to people that are so close to you — especially that they're all young — it is so hard to believe and cope."

At least 63 Canadians were on board, and a total of 138 passengers on the flight were headed to Canada, Prime Minister Justin Trudeau said Wednesday afternoon.

'It could happen to any of us'

Maryam Bagheri, a friend and neighbour of the Sadeghis and Hajesfandiari, said through tears that her daughter goes to the same Persian language classes as 10-year-old Anisa did.

Hajesfandiari volunteered there, Bagheri said, and Mahdi Sadeghi was a community leader.

"They were a very happy family," she said, adding she's also travelled to Iran to visit family.

"It could happen to any of us," said Bagheri. "I thought, 'that it could be my picture on that wall.'"

Mehdi Motevasselin, a civil engineer at the school, was also friends with the family. He and Mahdi Sadeghi met in Canada, later realizing they came from the same hometown in Iran and had gone to the same university.

"They were people like many people here," he said. "They wanted to live here. They built their life here recently."

Jay Doering, associate vice-president for partnerships at the U of M, said the university is deeply saddened by the crash, calling it "uncharted waters."

"We're grieving as are many other people associated with this tragedy today," he said. "Let me hope it's a once-in-a-lifetime event."

A support meeting for U of M students and staff who are dealing with the tragedy will be held Thursday at 1:30 p.m. CT, in Room 477 of the Apotex Centre, which is part of the U of M's Bannatyne Campus. 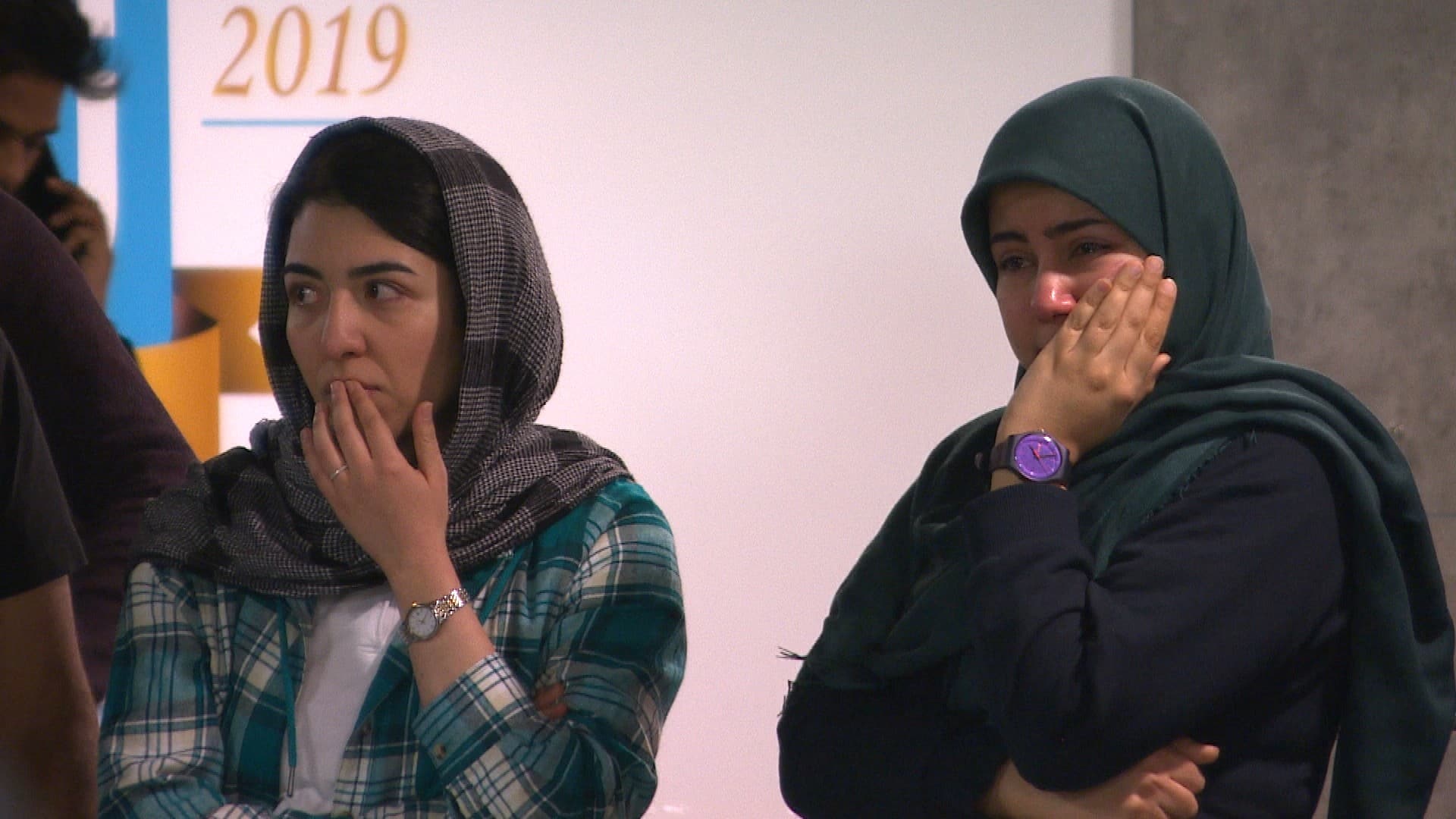 1 year agoVideo
0:46
Dozens of students and staff gathered at the University of Manitoba Wednesday to honour the lives lost after a passenger jet crashed in Tehran. 0:46