Researchers in Canada and the U.S. are testing a vaccine that could protect people from influenza for their entire lives, eliminating the need for annual flu shots. 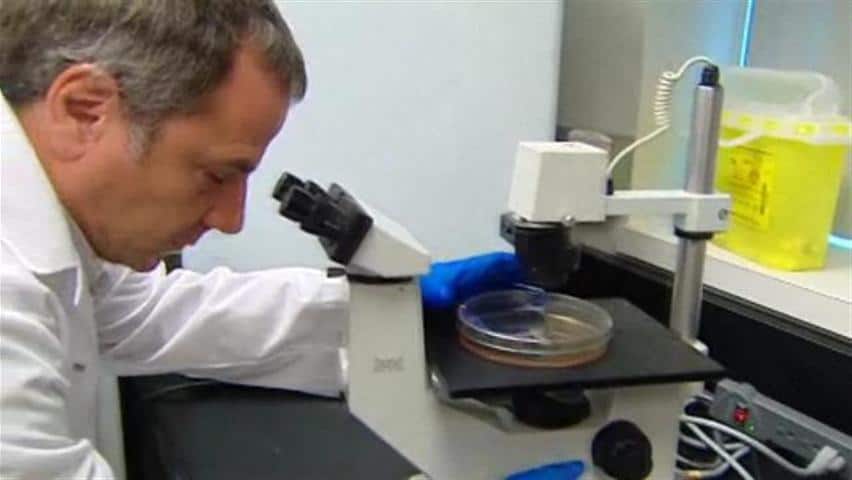 Universal flu vaccine in the works?

9 years ago
2:03
Researchers are testing a new vaccine that could eliminate the need for annual flu shots. 2:03

Researchers in Canada and the U.S. are testing a vaccine that could protect people from influenza for their entire lives, eliminating the need for annual flu shots.

Clinical trials are underway on a potential "universal" flu vaccine that could protect against all known influenza strains from the past 100 years, as well as future strains.

"Once you receive that vaccine, what we hope is that you will not need another shot every year, like it is currently the case. This is why we tied the 'universal' word on this vaccine," said Dr. Gary Kobinger, who heads up the special pathogen program at the National Virology Lab in Winnipeg.

Kobinger and his associates have recently vaccinated 50 Winnipeg seniors with a prototype of the universal shot.

The vaccine was created by entering information into computers from flu strains dating back years, he said.

"If that vaccine can work against all these viruses for the past 100 years, it will also most likely protect against the viruses that we don't know of yet because they have not emerged yet," Kobinger said.

But not everyone is keen to get the universal flu shot, should it become available.

"I had a child who suffered a severe vaccine reaction … it's a real wake-up call," said Edda West, a founding member of the Vaccination Risk Awareness Network.

West said only 10 per cent of all flu-like illnesses are actually caused by the influenza virus.

"Even if their vaccine is super-successful and 100 per cent effective, and every person in this country gets it, you're still going to have 90 per cent of those people coming down with flu-like illnesses," she said.

If the vaccine is approved, Kobinger said it could be available within seven years.