A new mural covering the side of the Union Centre Building on Broadway encompasses the history of the labour movement in Manitoba from the 1919 Winnipeg General Strike to the present day.

A new mural encompasses the history of Manitoba's labour movement from the 1919 Winnipeg General Strike to the present day.

The mural, which was officially unveiled on Monday, covers the side of the seven-storey Union Centre building on Broadway at Smith Street. Artist Charlie Johnston was commissioned by the Manitoba Federation of Labour to paint the mural in commemoration of the centennial of the general strike last year.

"For me this mural is Winnipeg, because it speaks to the culture of the working-class individual and celebrates their lives and their experiences, in an equal, egalitarian and yes, friendly, collaborative experience," Johnston told CBC.

The images at the base of the mural show strikers waving placards, painted in black and white. Moving up, the images change to colour and show modern-day workers, with the slogan "Unions Make Work Better" written at the top.

"It really shows, and is dedicated to, working people coming together to fight for change," said Kevin Rebeck, president of the Manitoba Federation of Labour.

The mural took Johnston eight weeks to complete. Johnston called the commission "a dream job" and said having a piece of this size in his hometown is a point of pride.

"I've created similar works — but nothing like this — in different parts of the world, and having it here resonat[ing] in the environment of Winnipeg, for me, is the greatest gift," he said. 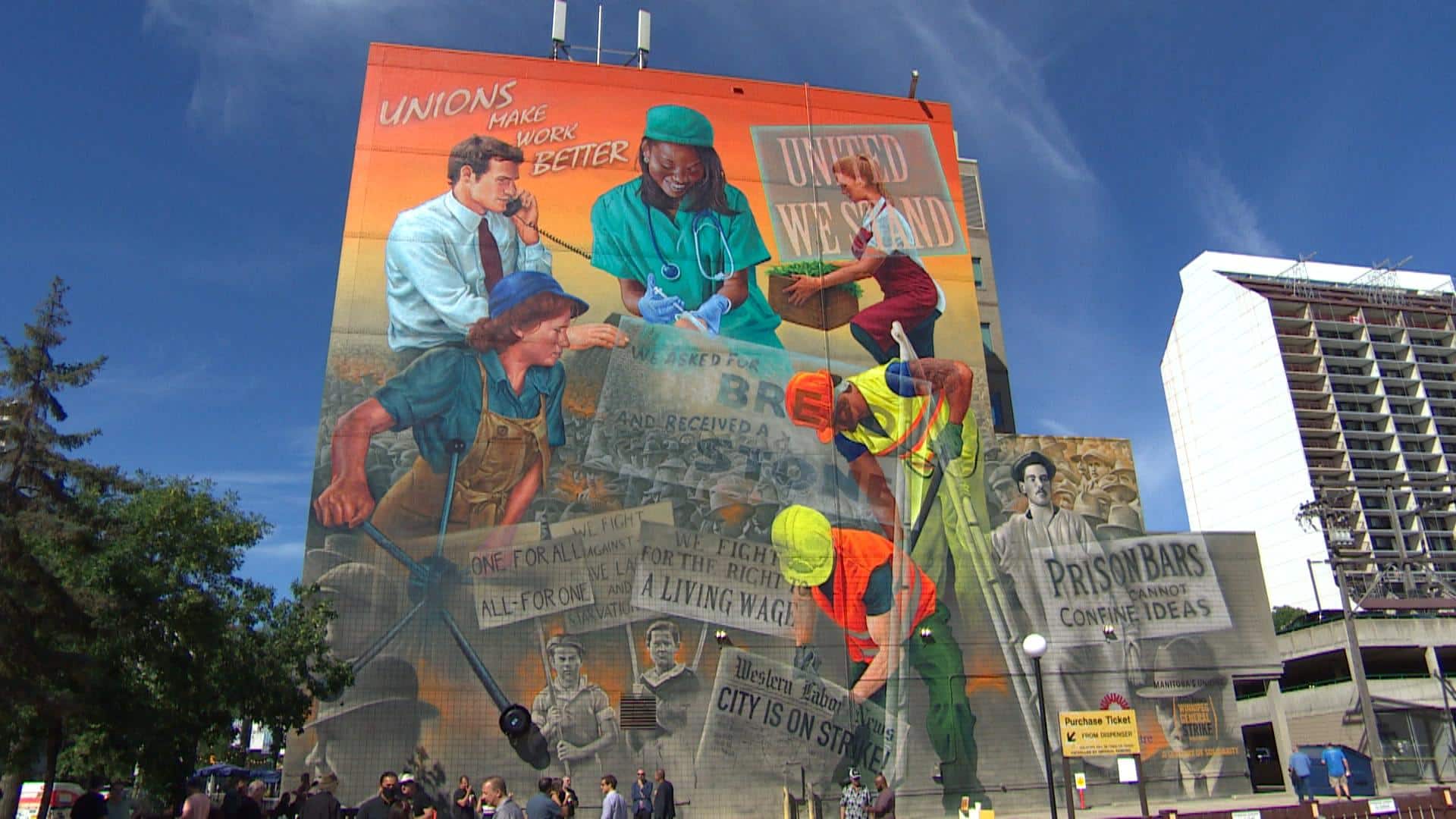 3 months ago
1:00
Local artist Charlie Johnston's mural stretches several stories high on the side of the Union Centre building on Broadway. The president of Manitoba Federation of Labour said it's a great commemoration of labour fights of years past that are responsible for many of the benefits and rights workers enjoy locally today. 1:00
CBC's Journalistic Standards and Practices|About CBC News