A passport mixup has two Winnipeg couples calling for a review of security at a Canada-U.S. border crossing. 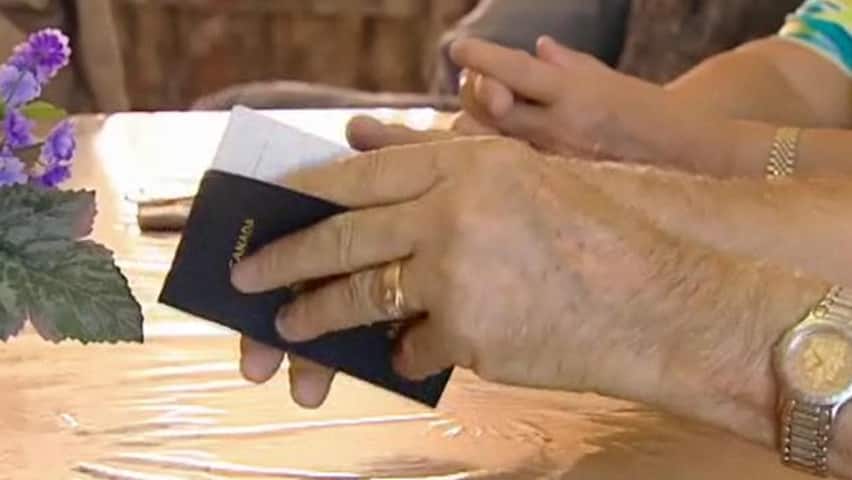 9 years ago
2:08
U.S. customs officials admit they made a mistake in a border mixup involving two Winnipeg couples who got the wrong passports. 2:08

U.S. border officials admit they've made a mistake when two Winnipeg couples were given the wrong passports at a Canadian-U.S. border crossing.

The passport mixup at the border crossing near Emerson, Man., was an isolated incident, Chris Misson, a spokesperson for U.S. Customs and Border Protection, told CBC News on Monday.

On Nov. 15, 2010, Huguette and Gilles Remillard were crossing into the United States from Emerson, Man., on their way to Mesa, Ariz.

After checking their van, an American border official handed them back two passports.

Border officials had mistakenly given their passports to a couple in the car ahead of them, who had driven off unaware of the error.

"If we have an accident and have to go into the hospital and fly back, how the heck are we going to do this?" Gilles wondered.

After a week of calls to border officials, they were able to identify the couple with their passports: Winnipeggers Dennis Slack and Susan Heywood, who were on their way to Texas.

The Remillards' son managed to track down Dennis Slack's son, also in Winnipeg. Slack's son told his father to check his passport.

"I pulled them out and said, 'Ahhh, what the hell are these?'" said Dennis.

Both couples eventually got their own passports back, but they said U.S officials should review their security at the border crossing.

Misson said there has always been a policy to verify the identity of a passport holder, but one border officer made a mistake that day.

Officials have reviewed the policy with staff and are reminding officers to always open each passport to verify the owner's identity before handing the document back, he said.