Two top doctors in Manitoba say physician assisted suicide and euthanasia are not the answer to addressing the suffering of dying patients. Both want to see more Canadians having access to comprehensive palliative care and more training for physicians. 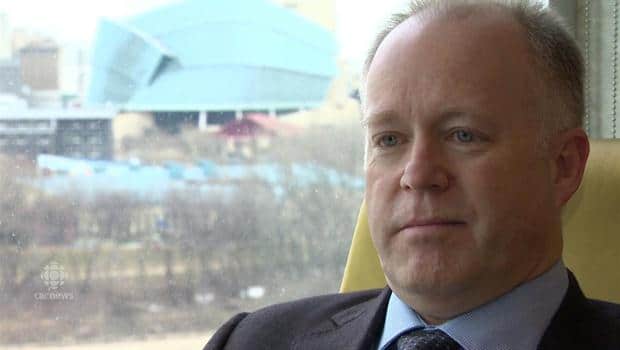 6 years agoVideo
2:18
Two top doctors in Manitoba say physician assisted suicide and euthanasia are not the answer to addressing the suffering of dying patients. Both want to see more Canadians having access to comprehensive palliative care and more training for physicians. 2:18

Two top doctors in Manitoba say physician assisted suicide is not the answer to addressing the suffering of dying patients. Both want to see more Canadians having access to comprehensive palliative care and more training for physicians.

Too many people are dying badly in Canada and that is a scary thing, said Dr. Harvey Chochinov, Canada's Research Chair in Palliative Care.

Chochinov is also the director of the Manitoba Palliative Care Research Unit and a Professor of Psychiatry at the University of Manitoba.

He is deeply concerned Canadians now have a right to assisted suicide, but no right to quality palliative care.

The Supreme Court ruled in February that people with grievous and irremediable medical conditions should have the right to ask a doctor to help them die and the court says a law that makes it illegal for anyone to help people end their own lives should be amended to allow doctors to help in specific situations.

The court gave federal and provincial governments 12 months to craft legislation to respond to the ruling; the ban on doctor-assisted suicide stands until then. If the government doesn't write a new law, the court's exemption for physicians will stand.

"It is odd we have a system that may allow the option of assisted dying where there is no guarantee that we have access to quality end of life care," Chochinov said.

"Physicians need to be better trained in basic things like pain management. In the undergrad curriculum in medicine, students get only nine hours of training in palliative care. Volunteers in the field in Manitoba get 30 hours," Harlos said.

Harlos believes the timing is terrible because doctors are being put in a position to end life when they have had minimal training in how to relieve suffering.

"That is a disparity I am concerned about."

Chochinov adds "enabling people to start making decisions about life and death and hastening death in the absence of that kind of expertise just seems unfathomable."

Harlos believes doctors who don't have adequate training in palliative care are more likely to seeing ending someone's life as the answer. And he's afraid patients may feel the same.

Both Chochinov and Harlos said allowing physician assisted suicide will alter the relationship between a dying patient and their doctor.

"It is a dangerous card to include in our repertoire," said Chochinov.

Trust between a doctor and a patient will be affected, Harlos said.

"I don't know when people are more vulnerable than when they are dying. When someone comes to us for help with pain and they are afraid and have emotional issues, it would be hard to establish a strong relationship of trust when behind our back you have a syringe that could end that person's life," Harlos said.

Chochinov worries about the potential for abuse.

He looked at what happened in the state of Oregon where physician assisted suicide is legal.

"Of the 115 prescriptions given out in that state last year, 89 were taken. The data is poor as there is no transparency on who is getting the prescriptions. Which doctors they have seen, which ones have said yes and which have said no."

Chochinov said the prescription is given and that lethal medication could be sitting in someone's medicine cabinet for two days, two weeks, two months or longer.

"What circumstances are these people in? There is no stipulation to re-evaluate for competency. And we don't know if a doctor is in attendance at the time of the overdose to witness it. In most instances we know these people are 65 or older. Well educated.  Perhaps they are people of means. The possibilities for abuse I think are obviously there, and the reality is they haven't been looked at well, " said Chochinov.

Another point Chochinov makes is that people who desperately want to die may change their minds.

That has been his experience as a psychiatrist working with patients who have extreme pain and depression.

"I have also had a woman with cancer who wanted to be killed because of pain. When her pain was under control she wanted to go home to her family ranch and be near her horses. "

Chochinov also wants to know what the cooling off period would be, from the time a patient requests assisted suicide to the time the person actually decides to go ahead with it.

"Will it be two weeks or a month to see if someone's wish to end their life is consistent?"

He also thinks assisted suicide should have some judicial oversight.

"A court needs to determine if I can get a variance on placing a fence. Why shouldn't the court determine if somebody meets criteria so they can receive assisted dying."

These are just some of the complex issues health care experts and policy makers will have to grapple with as Canada moves closer to legalizing physician assisted suicide.