A luxury hotel, "flagship" liquor store, a grocery store, and four towers with more than a million square feet of space will be part of ​True North Square, a $400-million mixed-use development in downtown Winnipeg. 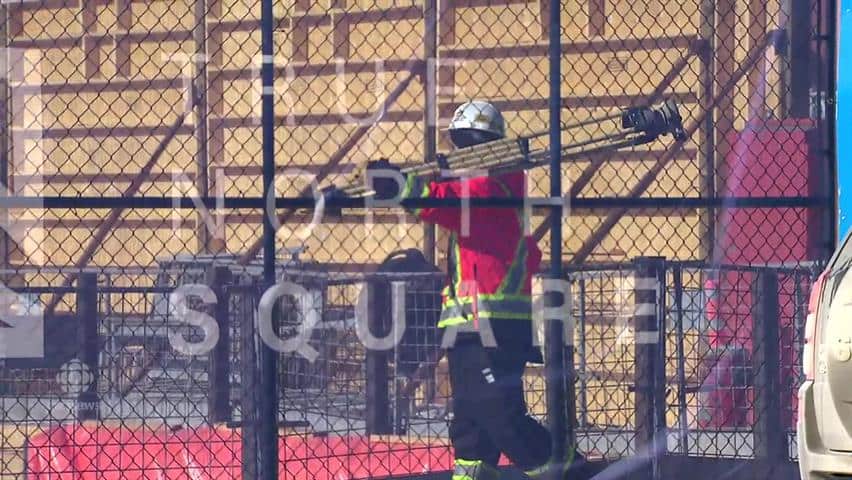 5 years ago
2:21
A luxury hotel, "flagship" liquor store, a grocery store, and four towers with more than a million square feet of space will be part of ​True North Square, a $400-million mixed-use development in downtown Winnipeg. 2:21

A luxury hotel, "flagship" liquor store, a grocery store, and four towers with more than a million square feet of space will be part of ​True North Square, a $400-million mixed-use development in downtown Winnipeg.

Sutton Hotels, a luxury hotel chain with properties in Alberta and British Columbia, will build two of the towers — a 27-storey, 275-hotel-room tower and a 17-storey, 130-residential-unit tower.

"Our philosophy is 'a tradition of luxury' and that's exactly what we'll be bringing to Winnipeg," said Tom Gaglardi, CEO of Sutton Place Hotels.

Hartley Richardson said his father took risks to build the city's tallest skyscraper tower in 1969. Now he says the family is pleased to be involved in the another phase of improving Winnipeg's downtown.

"It's kind of our turn — the last generation," he said. "When my father and our family built at the corner of Portage and Main, it took a bold step forward in transforming the downtown. But that was a generation ago."

True North Square, which is being driven by Winnipeg Jets owner TNSE, is bordered by Hargrave and Carlton Streets and Graham and St. Mary avenues — kitty-corner to the MTS Centre, the Jets' home arena.

Scotiabank and law firm Thompson Dorfman Sweatman are also among the early signees to the development, which will include a major liquor store owned by Manitoba Liquor and Lotteries and described in news releases as a "flagship" outlet. 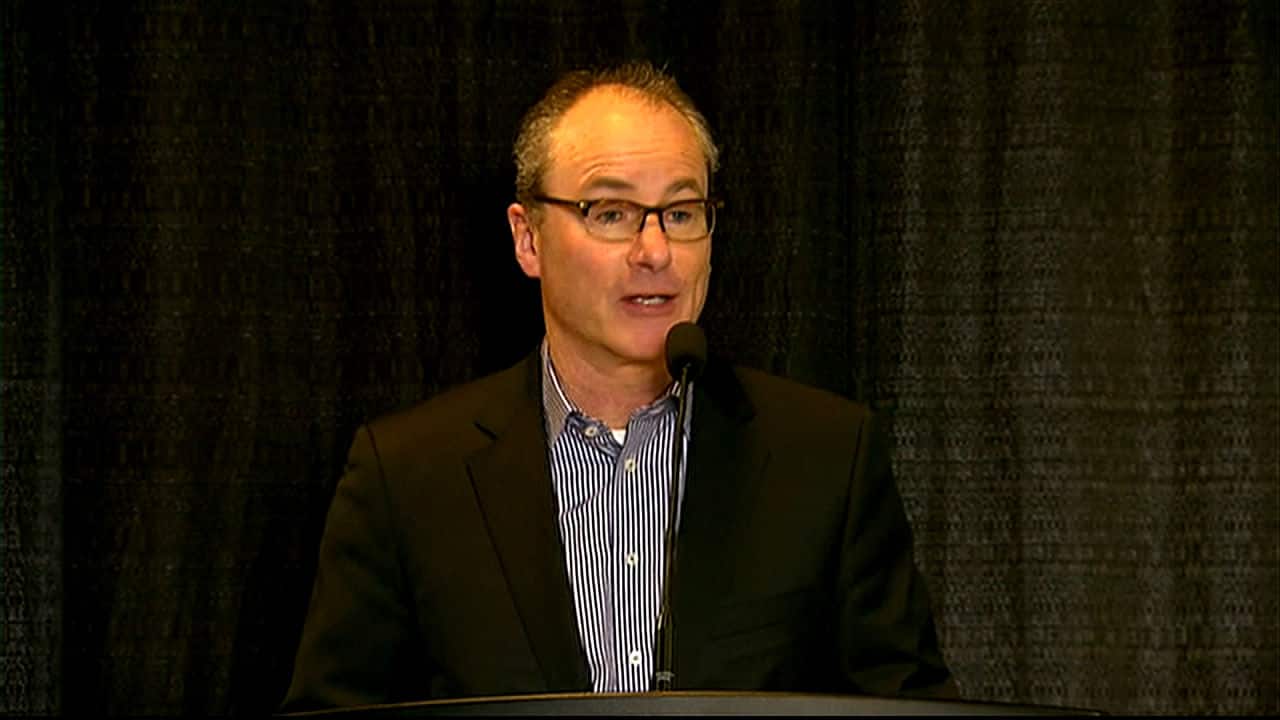 RAW: Jim Ludlow announces some of the major tenants for the 4 towers in the new True North Square complex

5 years ago
2:16
A luxury hotel, flagship liquor store and four towers with more than a million square feet of space will be part of ​True North Square, a two-acre public plaza under construction in downtown Winnipeg. 2:16

The province and the city are also teaming up to invest $17.6 million in creating a two-acre public plaza that will include a skating rink, public stage, and green space.

That part of the development was announced last month with government officials saying the money would come from a tax increment financing (TIF) program, which will reinvest tax revenue collected in the area.

At the time the plaza was announced, the Canadian Taxpayers Federation criticized the public funding, saying True North's project was getting an unfair advantage from the TIF program. 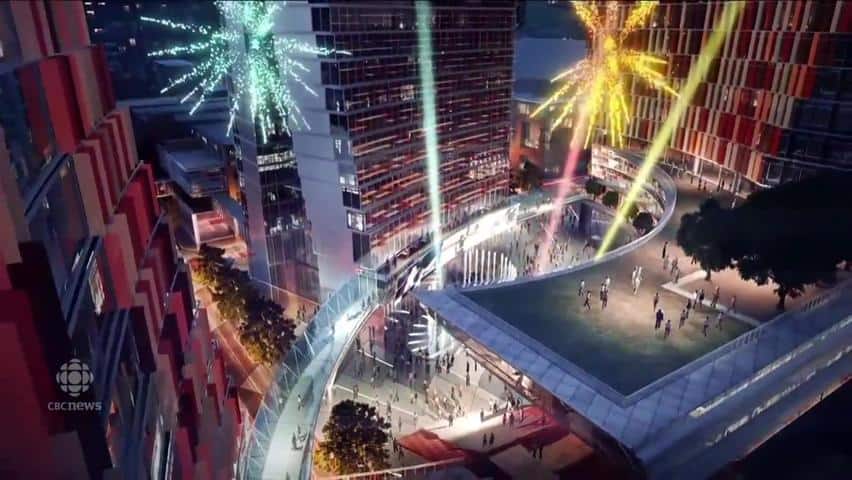 6 years ago
2:29
True North Sports and Entertainment provided this video for True North Square, a commercial and residential development it has proposed for Carlton Street in downtown Winnipeg. Chairman Mark Chipman claims that Mayor Brian Bowman watched this video in November 2014 and therefore knew about the project. 2:29

TNSE president Jim Ludlow said the project would have gone ahead regardless of any help from any government.

"Does that effect the economics of the tower? Not one bit."

Ludlow added True North Square will also include a grocery store. Developers are working with several potential operators and recognize the need for that type of amenity in the area, he said.

The anchor office complex, a 17-storey tower at 242 Hargrave, will be completed by summer 2018, True North officials said on Wednesday.

The second tower will be 24 storeys and contain office space, boutique retail space and residential units.