Some Manitoba First Nations are calling on the federal and Manitoba governments to honour treaties signed 20 years ago Monday. 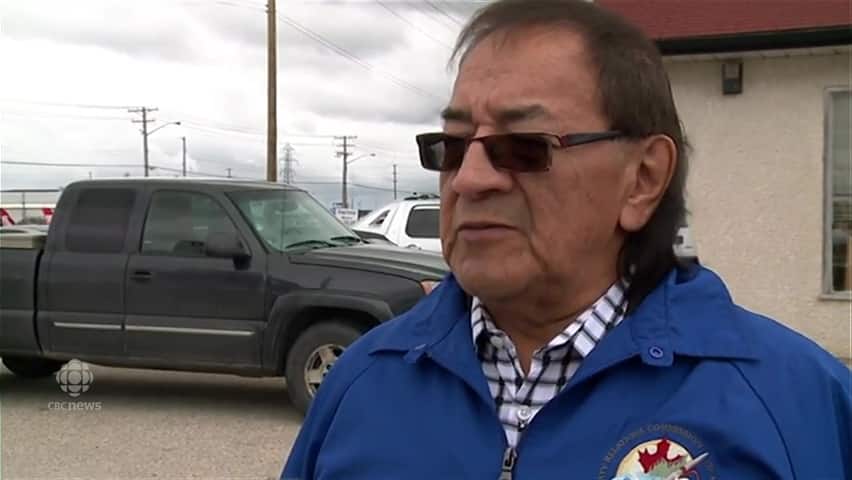 4 years agoVideo
2:04
Some Manitoba First Nations are calling on the federal and Manitoba governments to honour treaties signed 20 years ago Monday. 2:04

Some Manitoba First Nations are calling on the federal and Manitoba governments to honour treaties signed 20 years ago Monday.

"I want to say that I'm extremely disappointed that I would be sitting here on the 20th anniversary of this agreement," said Dennis White Bird, former grand chief of the Assembly of Manitoba Chiefs.

In 1997, the province, the federal government and the Treaty Land Entitlement Committee of Manitoba signed an agreement to give 1.1 million acres of land to Manitoba First Nations that were owed property under Treaties 1, 3, 4, 5, 6 and 10.

The Treaty Land Entitlement Committee says at the 20-year anniversary of the agreement, First Nations are still owed more than half that land.

"It's a breach of treaty," said White Bird.

'A promise that's been broken by Canada'

White Bird said he had discussions with the government 19 years ago that centred around consequences if Canada failed to meet its treaty obligations.

There was talk about a penalty if promises were broken but in the end, no consequence was ever put into the agreement, he said. Now, 20 years later, White Bird feels betrayed.

"Again a promise that's been broken by Canada," he said.

In an emailed statement, Manitoba's Minister of Indigenous and Municipal Relations Eileen Clarke said, "Manitoba remains committed to meeting its obligations under the Treaty Land Entitlement (TLE) agreements" and TLE has been identified as a provincial priority.

A statement from Indigenous Affairs Minister Carolyn Bennett's office said they are working to set the priorities for the next three years and settling claims is the right thing to do.

"Progress has been made in multiple fronts related to treaty Land Entitlement in Manitoba this year including ten parcels of land that were added to reserves in 2016-17. Fourteen more parcels have been approved since April 2017. We anticipate many more parcels to be ready for consideration in the coming months," the statement said.

"We know that more has to be done, and we will continue to work in full partnership to fast track Treaty Land Entitlement in a timely manner to achieve true reconciliation with Treaty First Nations in Manitoba."

'Has been a good thing': Swan Lake First Nation

Meanwhile, Swan Lake First Nation has had success outside the 21-member committee. It's one of the eight First Nations that are still owed land and negotiate individually.

"The chief and council at the time decided to go on their own ... it has been good for Swan Lake," said Bob Green, a special projects manager who's handled treaty land entitlement for the First Nation.

"Some of the land took up to 11 years to convert to reserve status, but it is there now and we'll continue to purchase — we still have some dollars in the trust to purchase more land and get it converted as well."

So far, the First Nation has bought more than 8,700 acres of land from private land owners and converted it to reserve status.

In Headingley, the community built a VLT lounge and a 53,000 square foot office building, and a community member built a gas bar.

Swan Lake leases some of its land north of Spruce Woods Provincial Park to the Sand Hills Casino, one of the three First Nations-owned gaming centres in Manitoba. Swan Lake also owns an RV park, cabins, meeting room space and an office building on that land.

"It's been a good thing for the First Nation to have the additional land and expand their business enterprises," Green said.

He estimates the economic development has created 50 to 60 full- and part-time jobs, and allowed the First Nation to improve housing and programs, build a new playground and splash park, and buy new school buses.

"It adds to the quality of life, shall we say, for the community."

The Treaty Land Entitlement Committee of Manitoba is calling on Justin Trudeau and the federal Liberals to speed up the land conversion process and honour the treaties — something White Bird said they promised on the campaign trail.

Henderson said the land conversion process has been stagnant for years and he estimated it will take 17-30 more years for 15 First Nations in Manitoba to get the land they are owed.

"We want to hold this new federal government to task," Henderson said.