Travel writers stop in Winnipeg in time for bone-chilling cold

Winnipeggers aren’t suffering this week’s cold snap alone – 11 travel writers from all over the world are in the city braving bone-chilling temperatures to see what a real winter city has to offer. 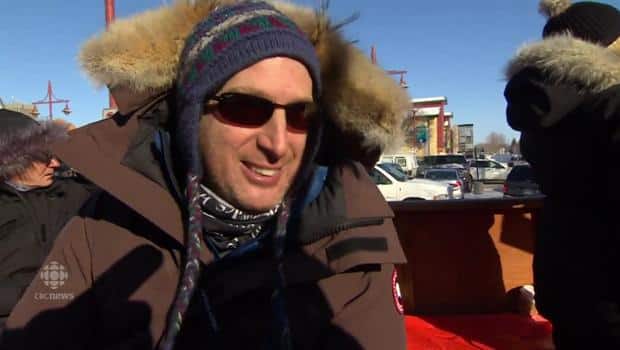 Travel writers stop in Winnipeg in time for bone-chilling cold

6 years agoVideo
1:56
Winnipeggers aren’t suffering this week’s cold snap alone – 11 travel writers from all over the world are in the city braving bone-chilling temperatures to see what a real winter city has to offer. 1:56

Winnipeggers aren’t suffering this week’s cold snap alone – 11 travel writers from all over the world are in the city braving bone-chilling temperatures to see what a real winter city has to offer.

"People said, 'Winnipeg in winter? What the heck did you do to deserve that?’” said Nori Quintos, the editor in chief of National Geographic Traveler magazine.

Quintos flew into Winnipeg from Washington D.C. late Tuesday night to see what Travel Manitoba and Tourism Winnipeg could cook up for an international traveller.

The writers have seen RAW: Almond, that pop-up restaurant on the Red River, the warming huts, the new Thermea Spa, The Canadian Museum for Human Rights and they’ve got a bunch more to check out Friday night.

Robin Esrock, author of The Great Canadian Bucket List, is working on his next book – The Great Prairie Bucket List, full of things to do in Manitoba and Saskatchewan before you do.

“One of them is apparently come to Winnipeg in the winter, and if it doesn’t kill you, it’s definitely worth coming,” said Esrock, who is based in Vancouver but is from South Africa.

Esrock said he was blown away by the transformation the city is undergoing.

“Winnipeg is really exploding in terms of its cultural and creative community,” said Esrock. “It’s becoming very expensive [in Vancouver] as it is in Toronto, so you’re really getting this influx of creative artists and writers and musicians and chefs, and they’re all coming out here and you can see it. You can feel it, that there’s something really cool going on here.”

“That was outstanding. Out of this world. It didn’t matter that it was I don’t know, -10,000 degrees Celcius,” said Esrock. “I’ve done a lot of saunas in Russia and Siberia and Finland and it was world-class stuff. It was amazing.”

Gillian Chester with Tourism Winnipeg said Winnipeg is becoming known as a city that does winter right.

“It seems like there’s a lot of interest in winter cities and in particular Winnipeg,” said Chester. “It’s a really fun place to come and it gives people bragging rights about what they can do in winter here in Winnipeg that they’ can’t do anywhere else.”

Chester said she’s heard few complaints about the weather from the group.

Quintos’ only concern was that her phone kept freezing.

“[Winnipeg] was a great choice. I actually volunteered to do it, and I would do it again,” she said.

And as far as the bone-chilling temperatures (the mercury dipped to -28 C and -29 C on two of the nights the writers were here), Esrock said it’s not a problem: “If you can’t do cold, you can’t do Canada.”

The trip wraps up Friday night, and the writers will head back to their comparatively warmer homes on Saturday.