An innovative housing project in Winnipeg wants to lift nearly two dozen people out of homelessness by asking them what they want in a home.

Ryan Ednie spends most nights outside of Winnipeg's Thunderbird House sleeping by a fire. The Métis man, who has been homeless for over a year, says this is where he feels most safe.

"I do what I need to survive. I avoid shelters because I'm not comfortable in them," he said.

This downtown location — a meeting place for the city's Indigenous population and a spot where many people experiencing homelessness gather — will soon provide people like Ednie a safe place to live.

Twenty-two tiny homes, built out of reused shipping containers, could start housing people as early as this summer.

"To have protection, security, a feeling of warmth, would be nice," Ednie said. "There's others like myself that need a chance to feel human again."

The project is innovative because it's based off consultations with homeless people who sleep in Winnipeg's many makeshift encampments.

Organizations wanted to go straight to the source to see what was missing in existing shelters and social housing, says Lissie Rappaport, with End Homelessness Winnipeg, which coordinates a number of supports in the city.

"Unfortunately it's new — to be going to people who don't have housing, listening to them, and then designing the housing specific to their needs," she said.

"It's going to be a model the rest of Canada will hopefully be looking as well."

The $6 million project will be funded through federal grants. The groups are waiting on approval for a portion of the funding before they can start construction.

They hope to begin building next month, with residents moving in July, and fully completing the project by November.

The organizations hope the City of Winnipeg and the province will help with the costs of running it.

Each unit will have its own bed, kitchenette and bathroom, with a lock on the door, to provide a sense of privacy and safety — something the homeless population said they wanted above everything.

The design also respects the way people who live on the streets care for each other, said Diane Redsky, the executive director of Ma Mawi Wi Chi Itata Centre, who leads the project along with a number of other Indigenous organizations.

"They have created their own community. That's how they've protected themselves and how they were able to continue to survive within a very hostile environment. So we've built it to acknowledge those communal spaces as well," she said.

The entire design is rooted in Indigenous culture, Redsky said. Calling it "The Village," the tiny homes will be arranged in a circle, with shared areas and a spot in the middle to keep a sacred fire burning.

The Village won't just be a place to sleep, though.

Redsky says there will also be holistic supports, including a culturally-appropriate environment so residents can feel safe and begin to heal from past trauma.

"This is an opportunity for the Indigenous community to care for our relatives, knowing what they need, creating that safe space and those healing opportunities," she said.

"That's how you end homelessness."

'Own laws on safety'

Redsky says some people experiencing homelessness haven't had much luck in other housing situations, and that might be because those options didn't meet their needs.

She's hopeful The Village will be successful, especially because it's modelled off the encampments.

Residents won't be banned from living in there if they use drugs or alcohol, but that doesn't mean it won't be safe for people, she said.

That's because when you have a home, you want to keep it and your neigbours safe, Redsky said.

"They do watch out for each other and they do have their own laws on safety and protection," she said.

Staff will also be on hand 24/7 who can help those struggling with mental health and addictions, she added. 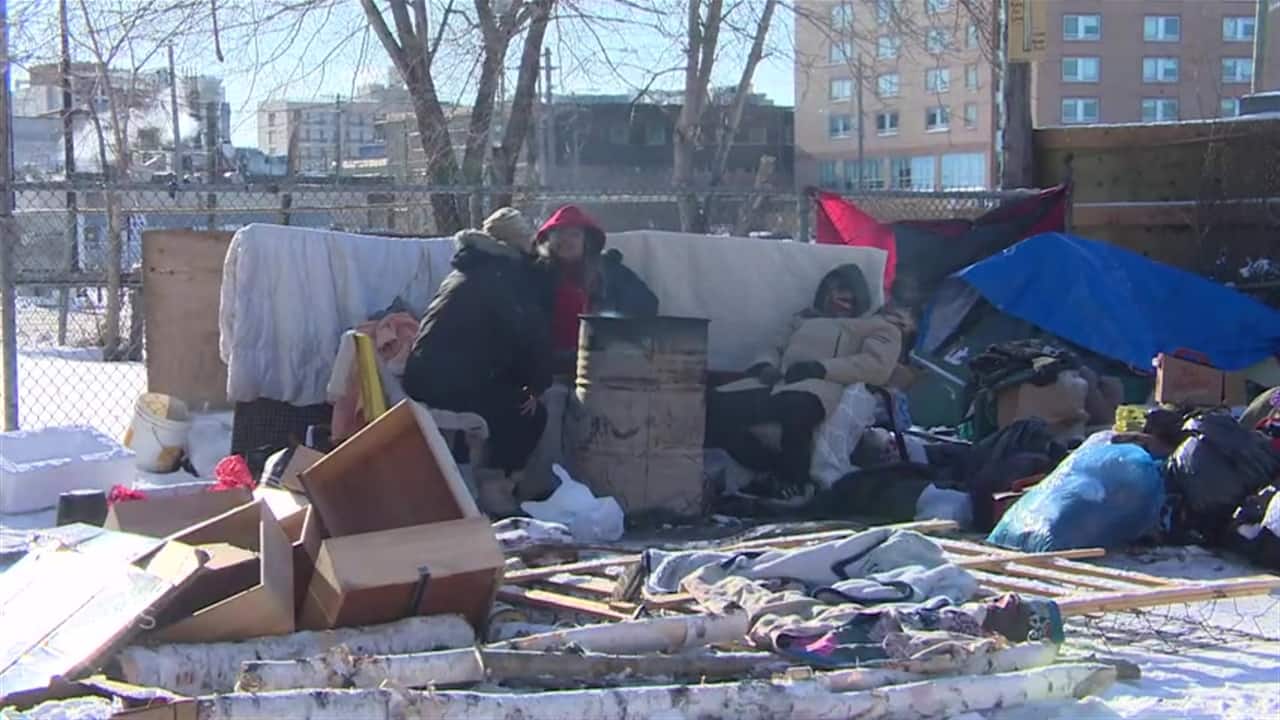