'Not enough has changed': Advocate calls for action before more children die like Tina Fontaine

Tina Fontaine didn't get a single counselling session before her death, despite ongoing recommendations for mental health support and requests from her family, according to the long-awaited report into the teen's death and the systems meant to protect her.

Tina Fontaine didn't receive a single counselling session before she died — even though multiple organizations knew the teen was in dire need of help as she struggled with grief and addiction, a report on her death revealed Tuesday.

When her father was killed in 2011, victim services failed to provide the then-12-year-old with promised counselling, and years later as she spiralled into addiction and sexual exploitation, the child welfare system failed to help her, according to the report by Manitoba's Child Advocate.

Many of the same barriers to care that faced the troubled teen remain in the path of the province's children in need today, said Daphne Penrose.

Tina's body, wrapped in a duvet weighted down by rocks, was pulled from Winnipeg's Red River on Aug. 17, 2014. Her death triggered national outrage and inspired local advocacy groups to mobilize street patrols. No one has ever been convicted of a crime in connection with her disappearance and death.

"Not enough has changed since Tina died in 2014," said Penrose. "This can't be another report that gets shelved."

Penrose said her office currently knows of 17 young people "at imminent risk of death or dying" who are in need of treatment for addiction.

The 115-page report made five recommendations to four provincial departments to try to close the gaps found in the system, urging improvements to victim services for kids, the creation of safe, secure and home-like treatment facilities for at-risk youth and exhorting the province to act on recommendations for child and youth mental health services made in a 2018 report.

Prior to the release of the report, Fontaine's great-aunt Thelma Favel told CBC News the document contains many "heavy" and "heartbreaking" details.

"It's awful. Things I didn't even know," she said after a five-hour briefing last week from Penrose.

Favel said she learned new insights into how troubled Fontaine's parents were, especially her biological mother.

"That family was doomed from the beginning," she said.

The report, which included references to interviews with family and friends and files from agencies including the RCMP, Winnipeg Police Service and Manitoba Victim Services, found escalating indications Tina needed help didn't lead to actions to help her.

Jurisidictional issues about which agencies were responsible for her care started with the death of her father and confusion over her legal guardian — despite the fact Favel had cared for her for a decade. Ultimately, poor co-ordination between agencies meant important information, including red flags warning that she was being sexually exploited, were left out as various agencies dealt with her case, the report found. 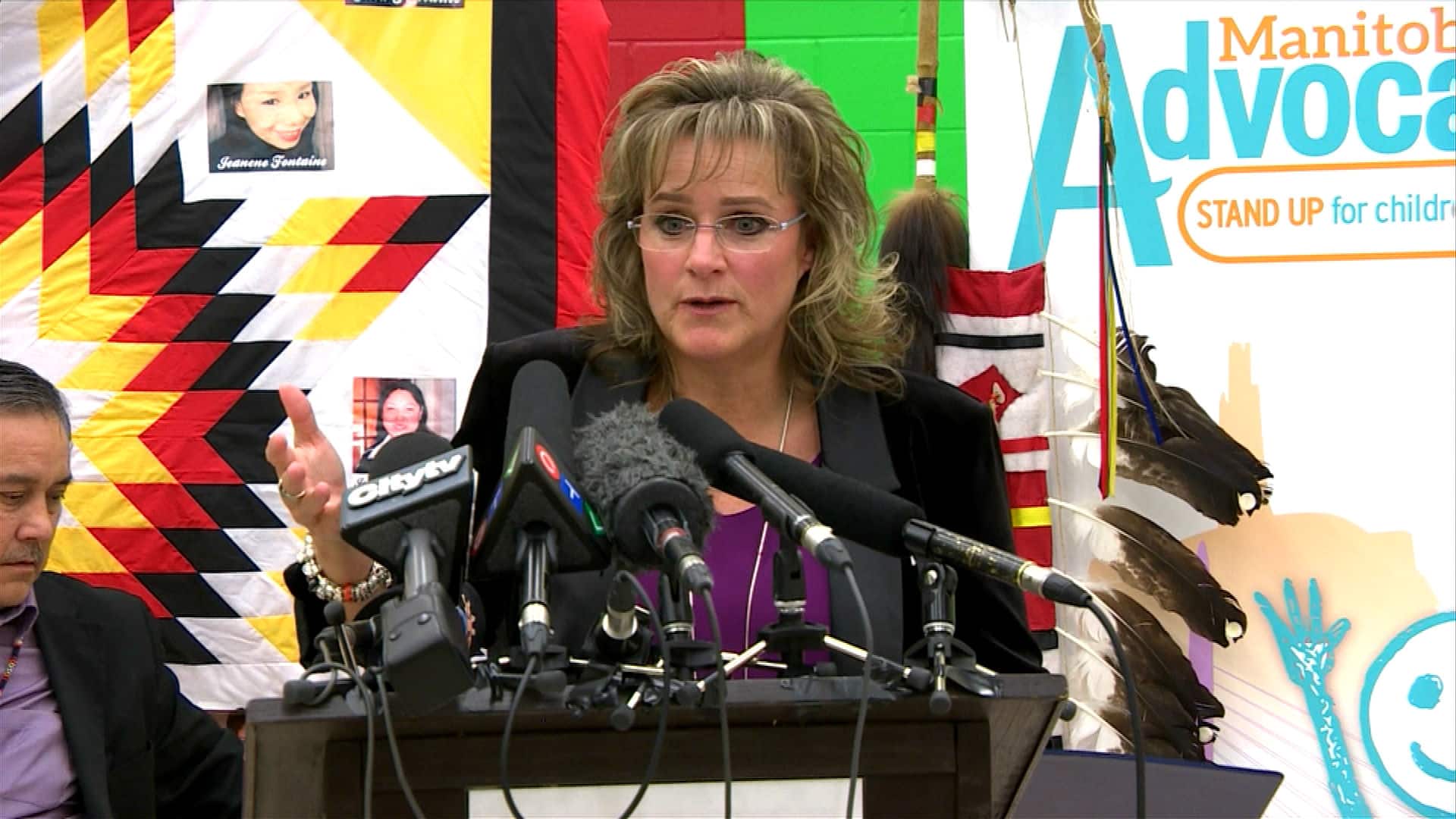 2 years agoVideo
2:07
Advocate Daphne Penrose said the changes she recommends need to be acted upon quickly to prevent other children from facing the same barriers as Tina Fontaine. 2:07

The report also found the system's failure of the Fontaine family didn't begin with Tina. Her mother was also involved with Child and Family Services, and the report found workers did little to intervene when they learned her mother was being sexually exploited as a child.

Tina Fontaine's early childhood included encounters with CFS before she started living with Favel, who was a stabilizing and nurturing force in her life, the report says. The document says the 2011 beating death of Tina's father, Eugene Fontaine, when she was 12, came at a crucial time in her adolesence.

As well as a lack of grief counselling after her father's death, Tina wasn't given help to work on a victim impact statement for the sentencing of two men convicted in his death or permitted to write a combined statement with her family, the report found.

After her father's death, Tina started missing school, the report says. By the time she was suspended for a second time in April 2014, absenteeism was "chronic" and "severe," it continues. It found no action was taken by the school to address her missed classes and she never returned to school after the second suspension.

In November 2013, she ran away from home to Winnipeg to visit her biological mother and child welfare workers placed her in a shelter for two days before her family in Sagkeeng could pick her up, the report says. In January 2014, medical personnel failed to establish a follow-up plan when she went to Pine Falls Health Complex with self-inflicted cuts to her arm.

The report describes jurisdictional issues among the five CFS agencies involved in Tina's file, and a lack of co-ordination between them when Favel flagged concerns she was being sexually exploited by men online in April 2014.

When the teen arrived in Winnipeg that summer, Favel again had frequent contact with three CFS agencies and RCMP, the report says, but with no safe and secure placement, Tina wound up staying at shelters and a hotel.

In early August 2014, after she told her CFS agency she was spending time with a 62-year-old man who used meth, the CFS agency dropped her off with contracted care workers at a hotel in Winnipeg — the only placement option available, the report says. When she walked away shortly after being dropped off, it was the last time she was reported missing before her body was found.

Favel has long contended that one of the main ways the child welfare system failed Tina was a lack of counselling after her father died.

Favel says she repeatedly asked Sagkeeng CFS for help getting counselling for her niece the summer she went to Winnipeg. She said they told her to go to another agency because Tina wasn't in Sagkeeng. That agency told her it couldn't help because of a jurisdictional issue.

"I don't know how many times the door closed. I said, 'Please just help me,'" Favel said prior to the release of the report.

Under the Advocate for Children and Youth Act, the advocate has broad powers to access records many people never see because of privacy legislation. She can order documents from Child and Family Services, the school system, police and the health system if she believes they are relevant to her investigation.

The report recommends that:

The plan needs to ensure resources are "prioritized in rural and remote locations to ensure equitable service levels for children and youth regardless of where they are living," the report states.

The advocate is also allowed to monitor the government compliance, which Penrose said she will do publicly.

'We want Tina to rest'

Favel didn't attend the presentation of the report. Close friend Marilyn Courchene, who spoke on Favel's behalf, said the stress was too great.

She said the family wants peace.

"We want Tina to rest. We want to move forward in our healing. We want to be able to be left alone," she said.

"It's been a long journey for them. The impacts of all this stuff happening from Day One [to] the present has been a lot to carry."

Courchene didn't speak to the contents of the report, explaining that community grandmothers need time to review it and hold a healing circle.

Read the full report below. On mobile? Find it here.

Aidan Geary is a journalist at CBC Manitoba. Connect with her at aidan.geary@cbc.ca.

With files from Katie Nicholson, Caroline Barghout and Joanne Levasseur